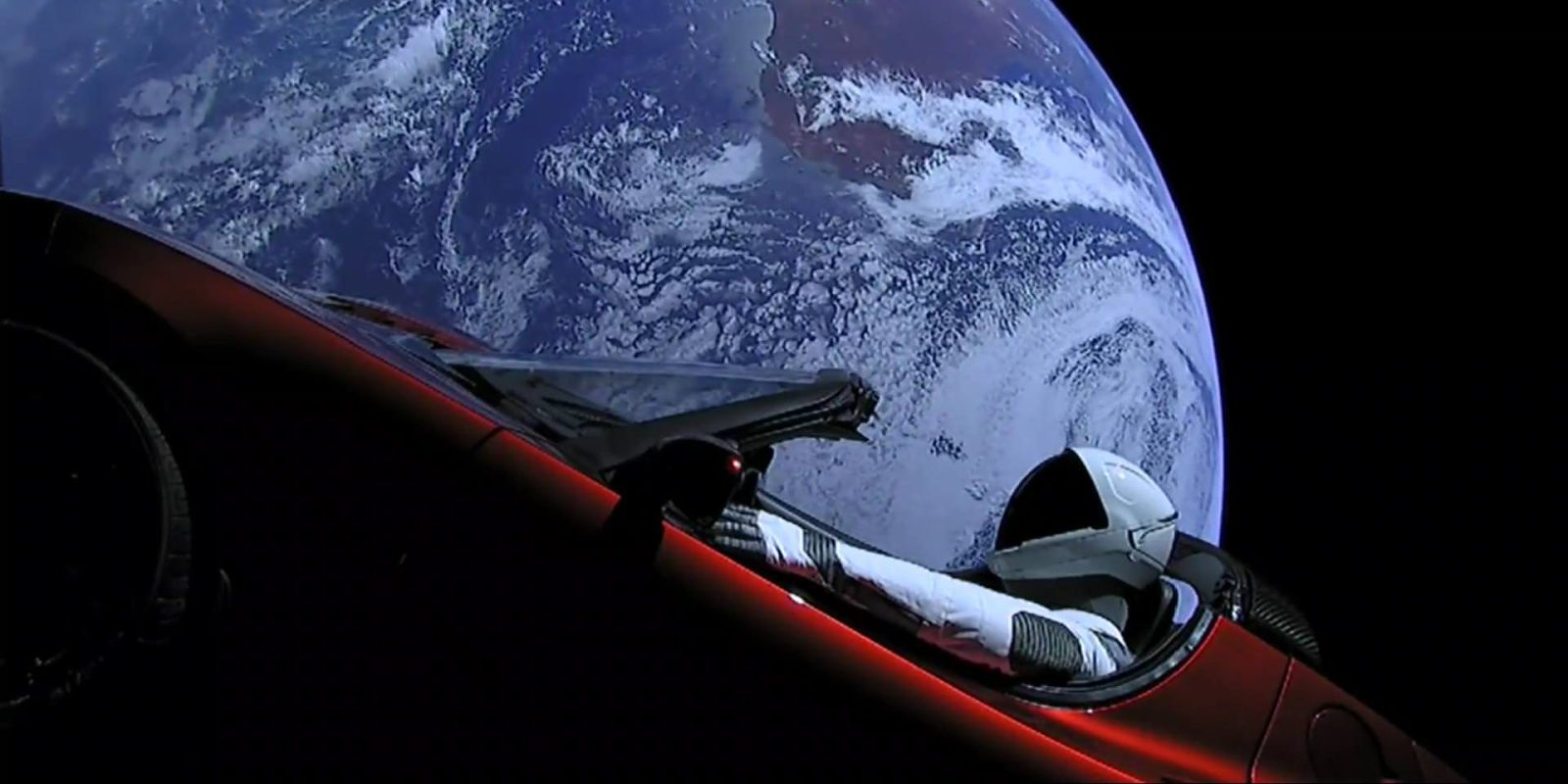 While Tesla doesn’t do any traditional advertising, it has been marketing its vehicles quite efficiently over the years, but never in a more spectacular way than what happened yesterday.

If you have missed it and you probably haven’t because that was the point, a Tesla Roadster was successfully launched into space on SpaceX’s Falcon Heavy rocket.

Now don’t get me wrong, a publicity stunt wasn’t the actual purpose of SpaceX’s launching the Tesla Roadster on the Falcon Heavy rocket.

SpaceX has been working on the Falcon Heavy rocket for years and they needed to do a demonstration launch anyway.

It’s also their first rocket with 3 core boosters, which left some unknowns for the first launch and increased the odds of a failure.

It’s why rocket companies will generally use dummy payloads for their first launch.

Now that’s where Elon Musk’s, or whoever came up with the idea, genius came into play.

Regardless of how it was done, SpaceX’s launch of the Falcon Heavy was a highly anticipated moment in the aerospace world. The vehicle would become the most powerful operational rocket in the world and the company would attempt to land all 3 boosters in a spectacular manner on both land and sea.

For those reasons, it had the potential to become one of the greatest achievement of his company, but Musk managed to find a way to include Tesla into the mix and improve the overall event for both companies and everyone watching at the same time by simply making his car the payload.

And no one can argue that those few minutes of video weren’t absolutely fascinating – especially when the fairings deployed to David Bowie singing:

Now for the low cost of turning the Tesla Roadster into a payload, Tesla and SpaceX got some extremely valuable publicity.

At one point, 2.3 million people were watching the livestream on Youtube – making it the second most popular livestream of all time.

The videos and reuploads have since attracted tens of millions more views and virtually every publication on the planet wrote about it.

Just days after car companies spent millions on commercials to run during the Super Bowl, Tesla probably beat them in overall reach simply because Musk used some synergy between his two companies.

With this said, while it was great exposure for the company (and you’d be surprised how many people are not aware of Tesla yet), it wasn’t exactly a commercial for its vehicles.

It produced some stunning images, but images of an original Tesla Roadster, which is not available for sale anymore and the next-generation is not coming before 2020. If anything, it probably increased the value of the original Roadster on the day of its 10-year anniversary of the first delivery.

Nonetheless, it was an impressive move and just ahead of Tesla’s earnings today. Let’s see if Musk discusses the impact of the event so far – even though it’s likely too early.