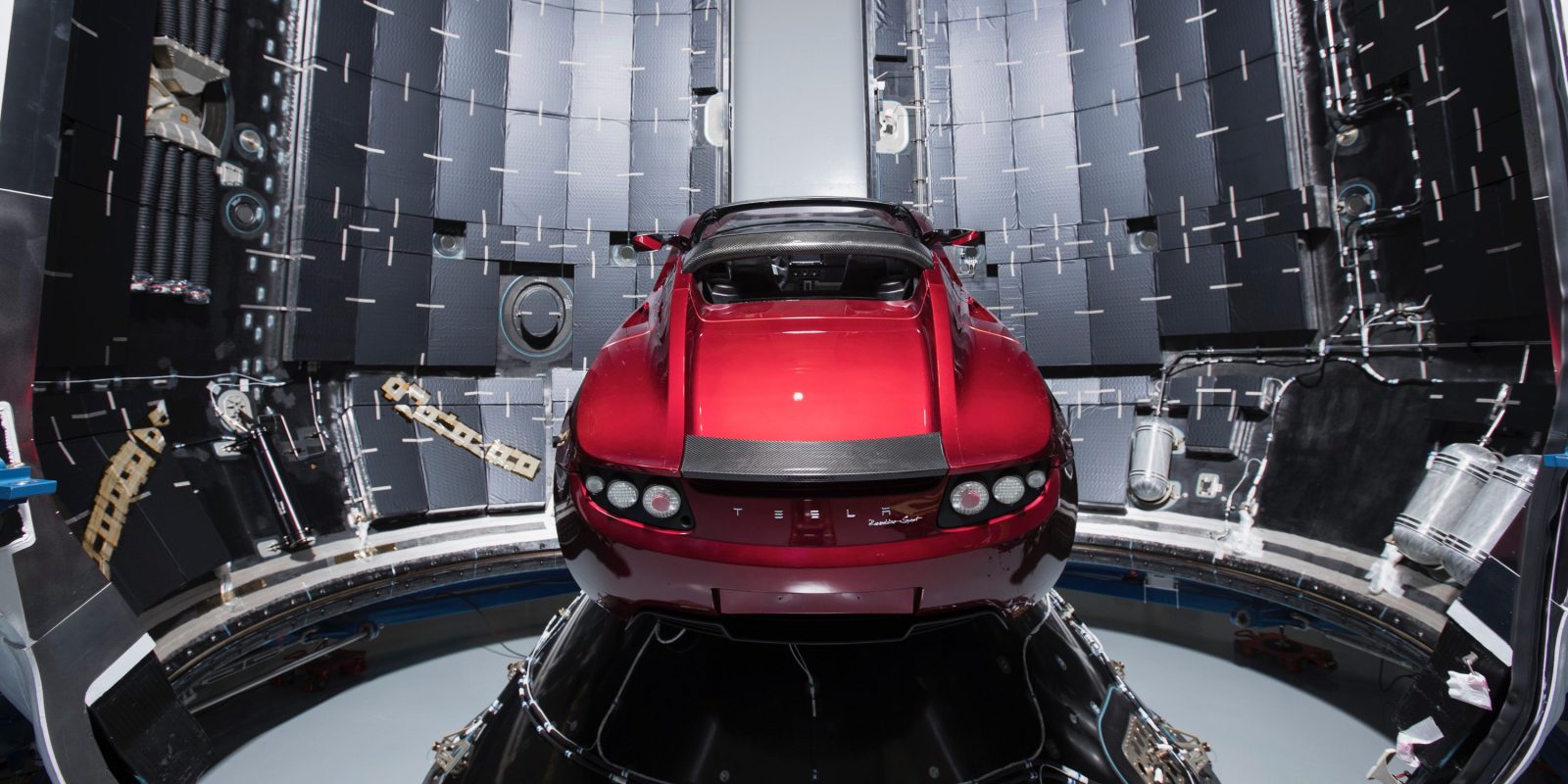 Elon Musk’s unbelievable plan to use his own Tesla Roadster as the demonstration payload for the inaugural test launch of SpaceX’s new rocket, the Falcon Heavy, is reportedly set to happen on February 6.

Last month, Musk announced the plan on Twitter to some skepticism, but it was confirmed a few weeks later with pictures of the Roadster installed on a SpaceX payload attach fitting – pictured above.

While it’s of interest to us for being the first electric car launched into space, the event is particularly interesting to the space industry for a completely different reason.

The Falcon Heavy is expected to become the most powerful rocket in the world if the launch is successful.

SpaceX manufactures and launches rockets for commercial and military applications, but it is most known in the public for its plans to colonize Mars.

The company currently only operates the Falcon 9 rocket, which consists of a core first stage booster and a second stage. The new Falcon Heavy is equipped with two additional Falcon 9 first stages.

It has been in the works for years now and the inaugural launch has been delayed on several occasions, but the rocket is now in Florida being prepared for launch since last month:

There’s been no official launch date and the partial government shutdown has complicated things due to NASA’s involvement in the launch.

But yesterday Chris Gebhardt of NASASpaceflight says that he obtained the first planned launch date:

February 6th, with a backup on the 7th.

He specified that it is the “no earlier than” date and that it could still change, but as of right now, it is the planned launch date.

The Tesla Roadster is reportedly installed on top of the second stage of the vehicle.

Musk, who said that the vehicle has a sentimental value to him, described his motivation for the special mission last month:

“I love the thought of a car drifting apparently endlessly through space and perhaps being discovered by an alien race millions of years in the future.”

It could start “drifting” through space in just a few days.

On a technical level, the launch is exciting because it’s bringing back a lot of power to get things to escape earth’s gravity, but if you ask me, it’s also a genius marketing move combining both of Musk’s companies.

And it has some symbolism since the Roadster is considered by many EV enthusiasts as the vehicle that launched the EV revolution. Now one could exist almost forever in the vacuum of space while those on earth are lost one by one over time.

It’s also interesting timing with Tesla recently unveiling the next generation Roadster coming in 2020. We reported on the first next-gen Tesla Roadster prototype sighting in the wild earlier this month.

All images via SpaceX.