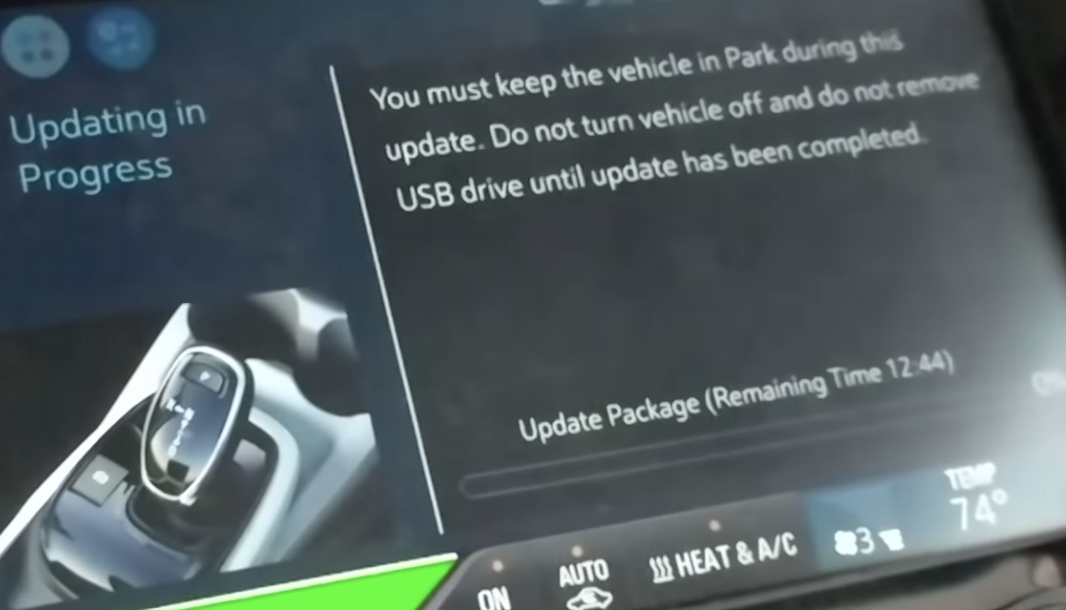 Google this week announced that it was putting Google Assistant on Android Auto which basically means that your Android phone is now a Google Home/Amazon Echo type of device in your car that you can talk to. This, as opposed to having to push the button on the steering wheel, is great for passengers who want to ruin my music vibe.

Unfortunately, my Chevy Bolt was on an older version of the firmware which apparently isn’t OTA upgradable and cut out Android Auto on my Google Pixel every few minutes. To properly test and use Google Assistant, I was going to need to get a firmware update. Off to the Chevy dealer, right?

After my buying experience I vowed never return to the Chevy dealer until my lease was up. And why would I? To rotate the tires? Replace the windshield wiper fluid? Bah! My Bolt has been incredibly reliable so far. Except for the aforementioned Android Auto connectivity issues, it has been almost flawless.

On Reddit this week, someone posted the 14.4.2 software update to MegaUpload.

I should probably stop here and say DON’T DO THIS. You should never download software you find on MegaUpload and install it in your car. I’m doing this for science.

Here are the steps (you’ll need an empty 512MB or bigger USB stick formatted to Fat32 (or FAT16):

Forum members have mentioned that the brakes feel different. I can’t speak to that, mine feel the same after the update, but now my Android Auto works much better, without the black bars on either side of the display. And in very initial testing, Google Assistant works great as well.

In fact, I think I like this a little more than Tesla’s much glitzier Infotainment system, even if the update process is from the late 1900s.

It is 2018. The Chevy Bolt shouldn’t require updates by USB Stick even if it is performed by the dealer for free. Heck, GM says it is going to have cars without steering wheels next year and we can’t even update our cars over the air this year?

By not being able to get the most recent features over the air, myself and many other Chevy Bolt enthusiasts turned to the web to find the updates that fix our car’s functionality. GM should at least provide a safe download from GM’s servers even if this MegaUpload file is signed and the Bolt will only take GM signed files.

According to others but yet to be verified, this update should allow future updates to come out over the air. So my dream of never going back to the Chevy Dealer is still within reach.

This highlights how far Tesla, more of a technology company than a car company, is ahead of the automobile industry. The Model S debuted in late 2012, over 5 years ago with OTA updates. It has taken the auto industry at least 5 years to catch up to this. How can this same traditional auto industry expect us to believe they are going to be able to keep up with Tesla, Google and Uber in autonomy if they are just now figuring out OTA updates?