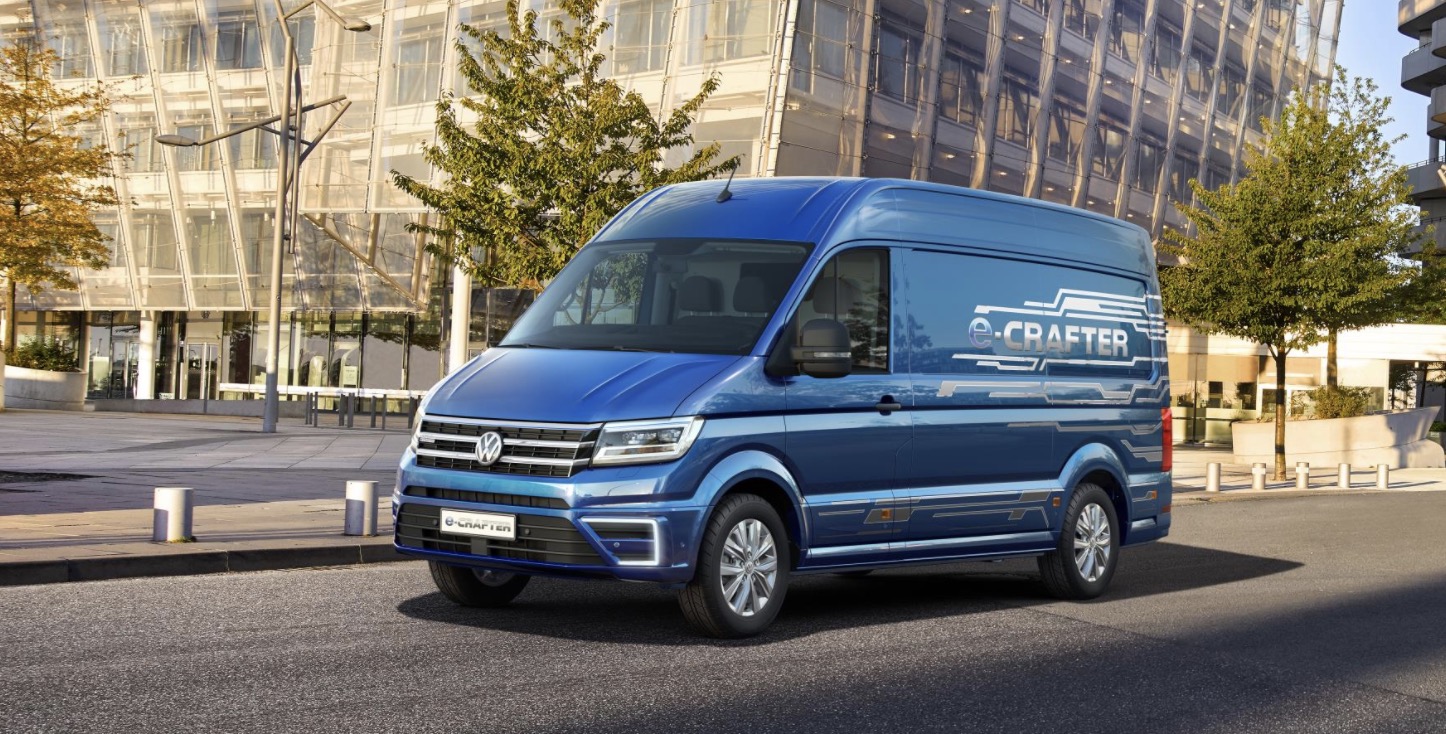 Options are still limited today for an all-electric commercial van. Nissan owned the market with its e-NV200 all-electric van, but now VW and Daimler are coming up with competitors in the segment.

The former even started deliveries to customers for a test program this week.

The vehicle called e-Crafter, which is based on VW’s Crafter commercial van, was unveiled last year by Volkswagen Commercial Vehicles.

At the time, the company was talking about hitting the market in 2017.

They have sort of stayed true to their word by just now starting deliveries, but the vehicles will only be used as part of a test program with customers.

It was announced this week that “an international group of major customers” took delivery at Volkswagen Commercial Vehicles headquarters in Hannover.

Dr Eckhard Scholz, Chairman of the Board of Management of Volkswagen Commercial Vehicles, explained:

“We have developed the new e-Crafter with our customers and for our customers. We are therefore now integrating selected fleet operators into an initial customer phase so that their findings in daily operations with the vehicles can flow into the final design of the zero-emission van.”

VW slightly updated the specs of the vehicle since unveiling it last year. They are now talking about a smaller 35.8 kWh Li-ion battery pack enabling a shorter range of 160 kilometres (~100 miles) on a single charge according to the automaker.

The company says that they will test those specs against the routes that their customers will serve with the test fleet:

“Nothing beats practical experience: major customers from Germany, Great Britain, the Netherlands and Sweden are testing the new e-Crafter vans in practical use. They are package delivery services, energy suppliers, trades businesses and individual retailers whose vehicles cover between 70 and 100 kilometres per day. Sometimes with each day involving hundreds of starts and stops. These parameters apply to around 85 per cent of the trips made in an urban setting according to analyses performed by Volkswagen Commercial Vehicles on more than 210,000 driving profiles with over 1,500 customers.”

The back of the van has a loading width of 1,380 mm and loading height of 1,861 mm with a transporter’s maximum payload between 1.0 and 1.75 tonnes depending on the version.