Tesla has now 2 Model 3 test vehicles up in Montreal 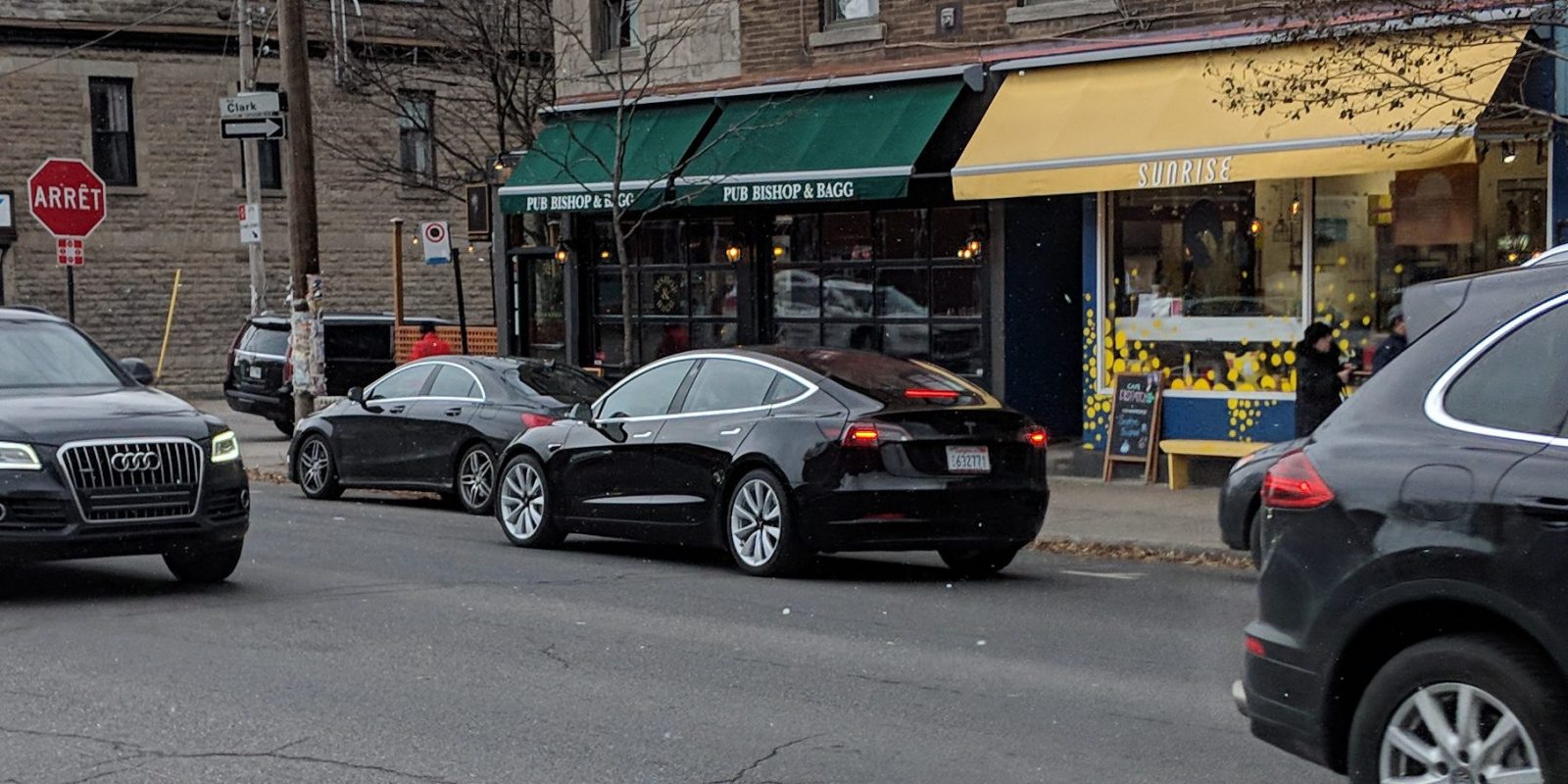 We were surprised last week when we found out that Tesla had a Model 3 test vehicle in Montreal, but now we learn that the automaker brought another Model 3 up in Quebec – apparently for testing purposes again.

The first Model 3 spotted in Montreal was a Midnight Silver and it also features additional sensors and manufacturer plates registered in California – leading us to believe that this is a test vehicle.

The new one spotted this week is black and definitely a different Model 3, but it also has manufacturer plates, which means that it is also operated by Tesla and not a customer or employee vehicle.

Philippe spotted the vehicle parking on the street:

And the driver and passengers, apparently Tesla employees, quickly covered it up:

It looks like Tesla now has a small Model 3 test fleet in Montreal.

I might be over excited about the Model 3 being in Montreal because it’s home, but it’s still interesting that Tesla is bringing test vehicles up to Montreal.

As far as know, it wasn’t the case with Tesla’s previous test programs.

In our previous articles, readers pointed out that the sensors on the first Model 3 spotted in Montreal were temperature sensors, which could mean that Tesla is bringing Model 3 test vehicles in Quebec for cold weather testing.

It’s still not that cold in Montreal right now, but that’s expected to change next week. Tesla should be able to get some good data.

Cold weather can have an important effect on electric vehicles due to thermal control of the battery pack and the impact of cabin heating on the range.

Tesla already did some winter driving tests in New Zealand earlier this year, but it looked like those were more focused on winter driving and not the impact of a cold climate.

It’s also interesting to note that Tesla is apparently still conducting those tests while the Model 3 is already in production and also being delivered 3 – though the vehicle is mainly being delivered in California these days – where cold weather is not a big issue.

Either way, I know that we have a lot of readers in Montreal so keep an eye out and you might get a chance to see the Model 3 in person almost a full year before the official launch of the Model 3 in Canada.