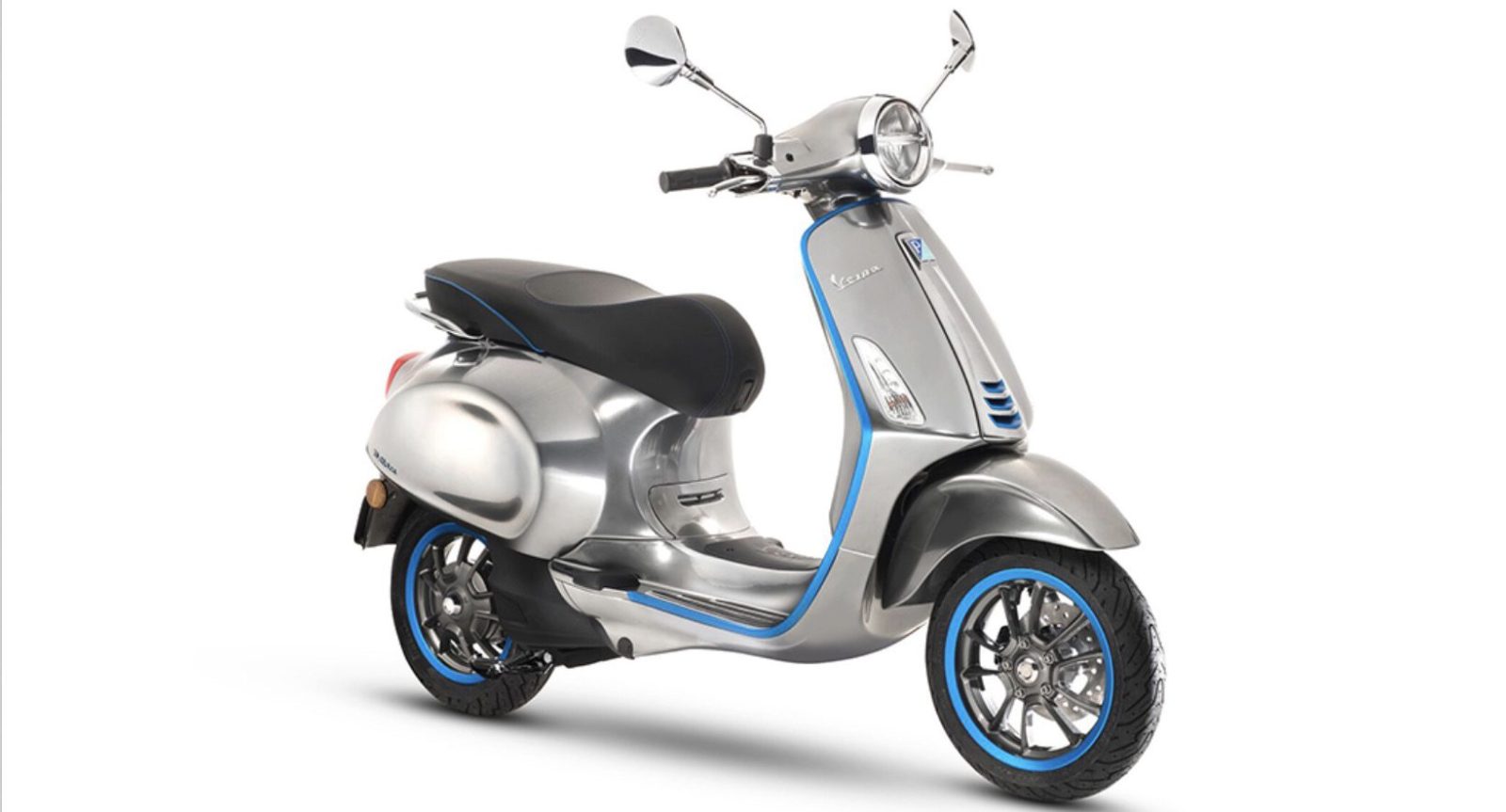 Vespa has been taking its sweet time to add electric options to its famous scooters. It unveiled the ‘Vespa Elettrica Concept’, its first electric scooter at the Milan Motorcycle Show last year.

And now at this year’s show, they are releasing the specs of the electric scooter, which they now say will hit the market in 2018.

They say that it is equipped with a 4 kW electric motor, which they compare favourably to a traditional 50cc scooter:

“The heart of Vespa Elettrica, a Power Unit capable of delivering continuous power of 2 kW and peak power of 4 kW, achieves a performance superior to a traditional 50cc scooter, especially with regard to acceleration, which benefits from the typical brilliant delivery of the electric motors. It provides an agile and enjoyable ride on urban roads, in the utmost silence: Vespa Elettrica is in fact completely silent, helping to make cities less chaotic and more liveable, while also countering pollution from an acoustic point of view.”

The battery pack will enable “at least 100 km” (62 miles) of range according to the company. It can be charged with level 1 (standard outlet) or level 2 charging.

It’s not exactly impressing, but the scooter does look sleek:

Vespa is also planning to add a gas generator on the Elettrica to extend the range.

That’s right. A range extender on an electric scooter. They are calling it the ‘Elettrica X’:

The Piaggio Group, Vespa’s parent company, says that the new electric scooter will be produced in Pontedera, Italy, and from there will be “distributed throughout the world in 2018.”