Tesla (TSLA) is set to release its third quarter 2017 financial results on Wednesday, November 1 after market close. As usual, the release of the results will be followed by a conference call and Q&A with Tesla’s management at 2:30pm Pacific Time (5:30pm Eastern Time).

The third quarter 2017 was Tesla’s first for Model 3 production and deliveries, albeit still only to Tesla employees, family members of employees, and company insiders.

The automaker was also plagued with “production bottlenecks” during the early production process, which led to only 220 Model 3 deliveries.

Despite the low volume of Model 3 deliveries, Tesla delivered a record number of vehicles during the third quarters:  26,150 vehicles.

It’s a new record global delivery number for Model X – beating the previous record in Q1 2017 by over 300 units. As for Model S, it’s the third highest number for Model S delivered, which shows that the launch of Model 3 had a minimal impact on deliveries so far.

Tesla generally adjusts those numbers slightly during the earnings results.

The record delivery number for Model S and Model X resulted in this increase on the results quarter-to-quarter from Tesla’s actual revenue of $2.790 billion during the last quarter. It’s also a significant increase year-over-year from $2.298 billion in revenue in Q3 2016. 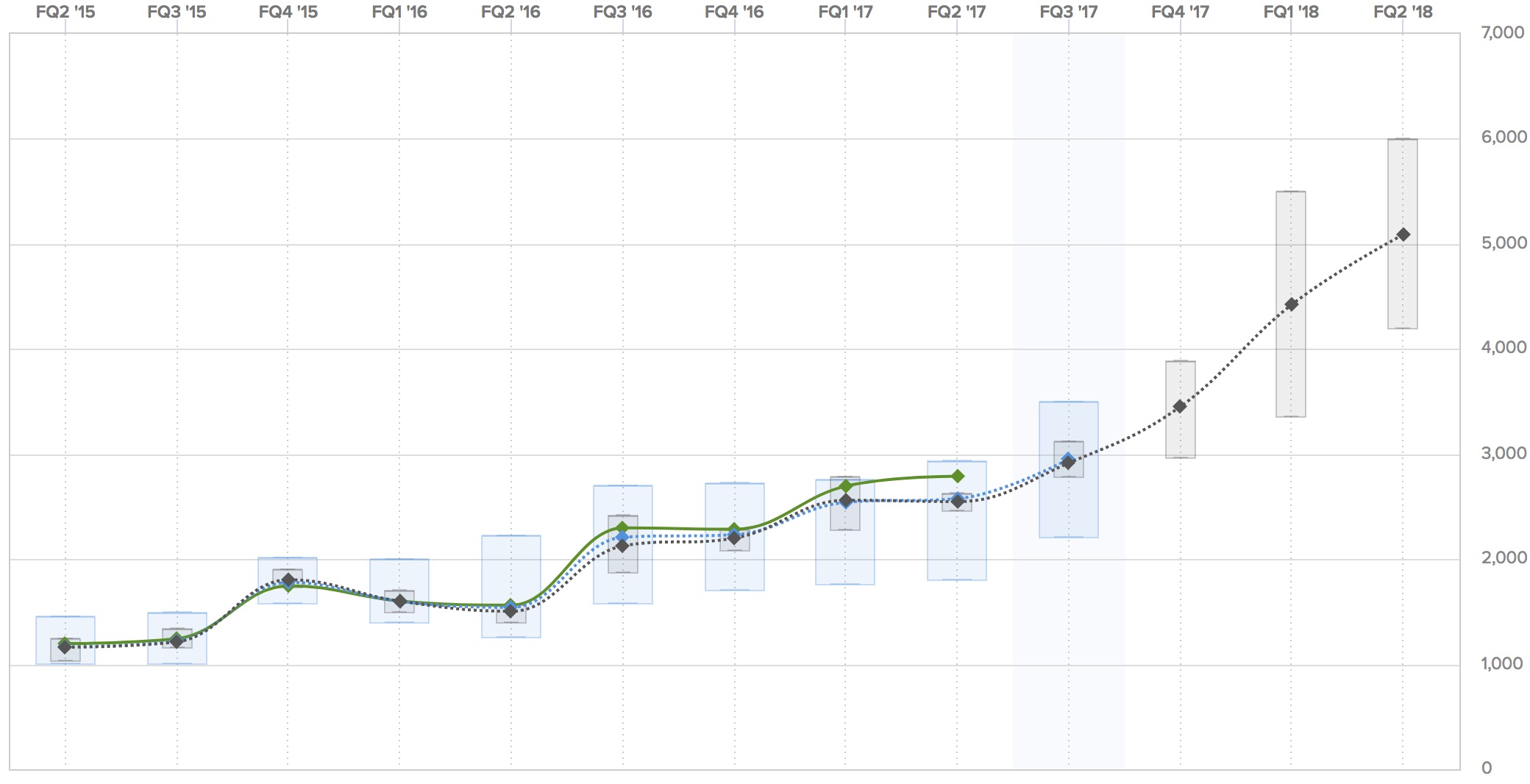 Tesla has been on a good streak – beating revenue expectations every quarter for the past 5 quarters now, but expectations are higher this time around due to record deliveries.

Like for revenue, the expectations are again close for both the street and retail investors. The Wall Street consensus is a loss of $2.45 per share for the quarter, while Estimize’s prediction is a loss $2.25 per share. 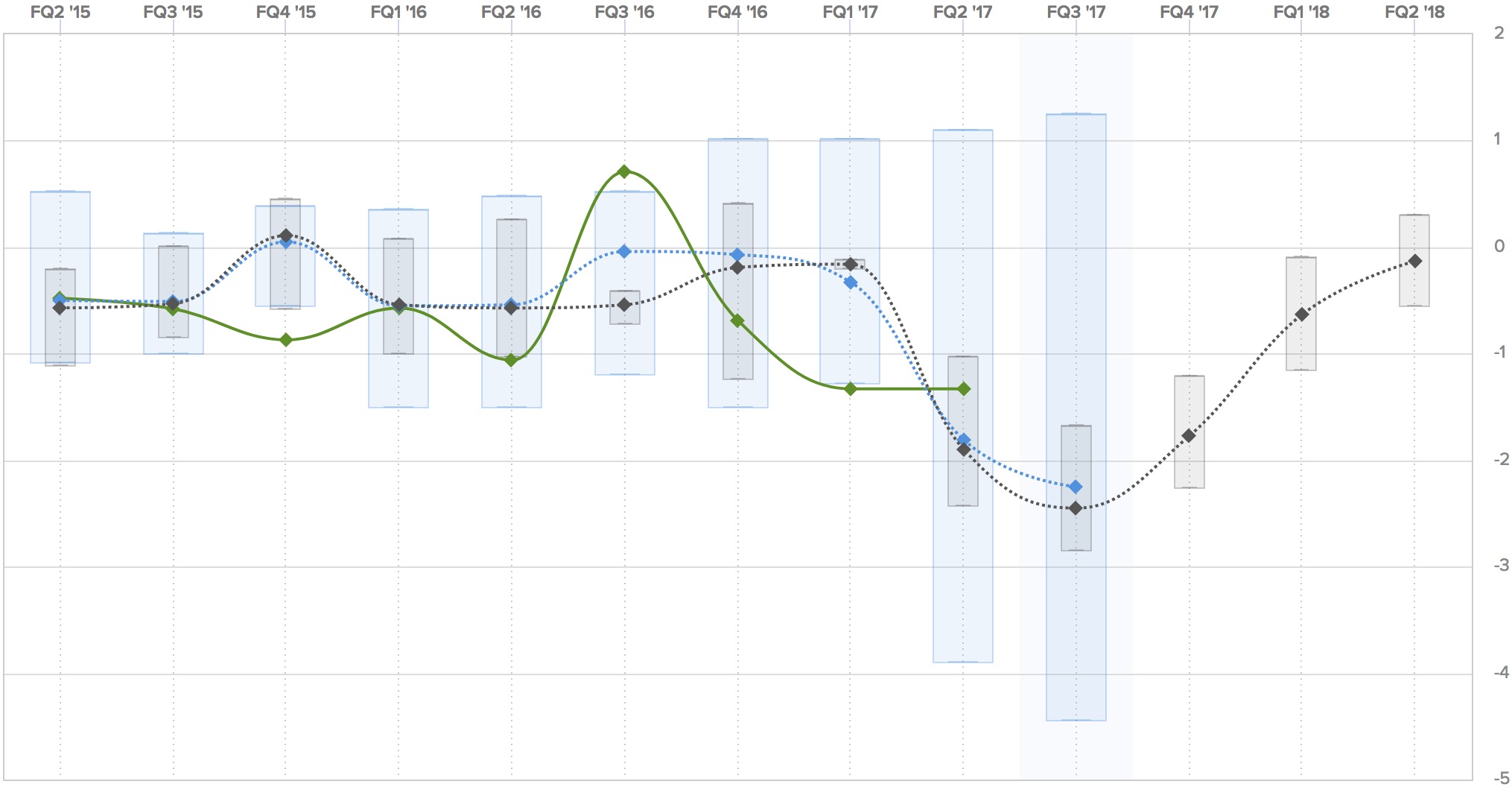 As you can see, earnings have been more of a wild card for Tesla. A more important loss is expected this quarter as the start of Model 3 production without significant deliveries will put pressure on the company’s financials.

Obviously, we expect that a fair amount of the conference call and shareholders letter to revolve around Model 3 production and how it has evolved since the end of the quarter.

Recent reports suggested that the bottlenecks were at the Fremont factory, where Model 3 is being built and assembled, and another report said that the production bottlenecks are due to suppliers.

Last week, Tesla CEO Elon Musk hinted that there might be issues at Tesla’s Gigafactory in Nevada, where the Model 3 battery pack and drive unit are being manufactured.

Shareholders will also be looking for updates on the launch of Tesla’s solar products under its own brand as it started phasing out SolarCity. It’s always hard to estimate the volume from Tesla’s energy division, but there has been evidence that Powerwall 2 installations finally started to accelerate and the company also had several commercial projects with Powerpacks.

Tesla’s leadership is likely to also give an update on the status of those more recent product programs.