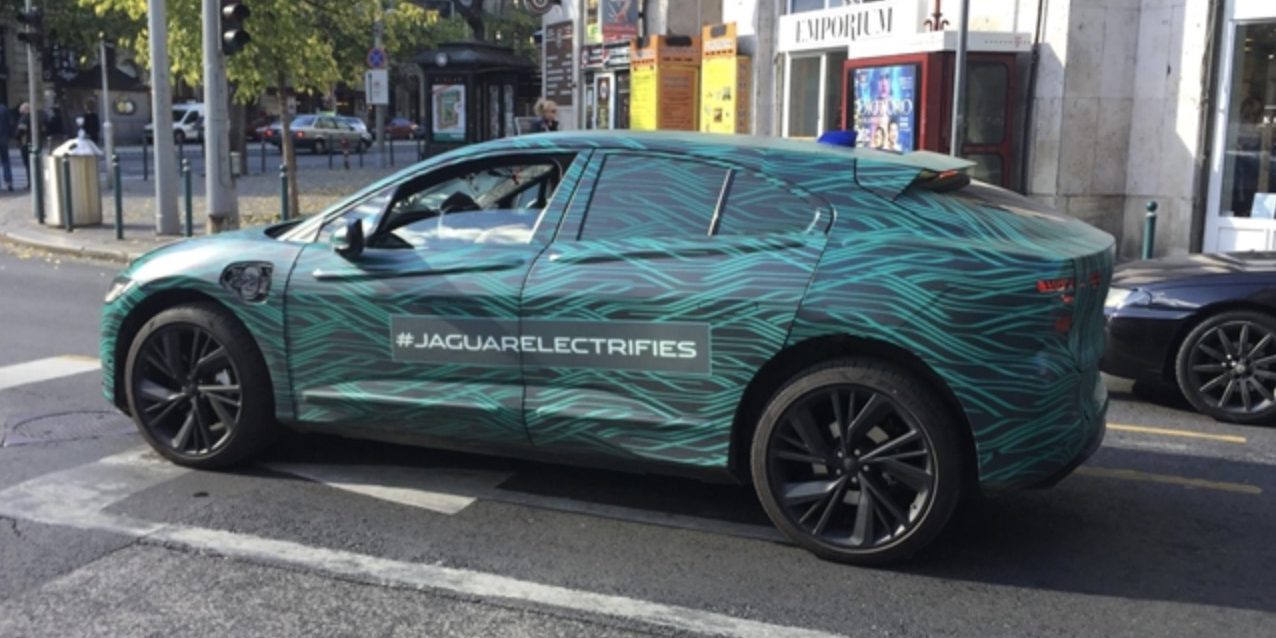 Jaguar recently made a serious commitment to electric propulsion and its first effort in the space, the Jaguar I-Pace, is set to launch next year.

The British automaker is currently testing the vehicle ahead of the launch and it was recently spotted with a new set of sensors.

Earlier this year, the Jaguar I-Pace was spied speeding around a track in Monaco and running some tests on the streets of London.

It might seem strange to see a Jaguar test vehicle so far from the UK, but it might have to do with Jaguar having a new factory in neighboring Slovakia.

Though that’s not even where the I-Pace is expected to be built. Jaguar said that they plan to manufacture their first EV at the Magna facility in Graz, Austria, which is also just a few hours from Budapest.

Therefore, Jaguar clearly has a lot of interest in the region.

The vehicle was spotted by local publication HVG:

Sensors previously unseen on the I-Pace were spotted on the vehicle. HVG speculates that it could be self-driving sensors, like radar, lidar, and cameras, but it’s hard to say from this angle.

Jaguar hasn’t announced any specific autonomous driving or driver assist capacity for the vehicle, but it would make sense for them to be working on it if it aims to compete with the Tesla Model X, which is equipped with such features.

As we previously reported, the I-PACE is a sport SUV equipped with a 90 kWh battery pack with a range of “over 500 km” NEDC-rated. Interestingly, the automaker has now confirmed “a targeted range of approximately 220 miles on EPA test cycles”.

The automaker appears quite serious about the vehicle, which is expected to launch during the second half of 2018. They are even launching a new all-electric race series using the I-Pace in partnership with the Formula E.