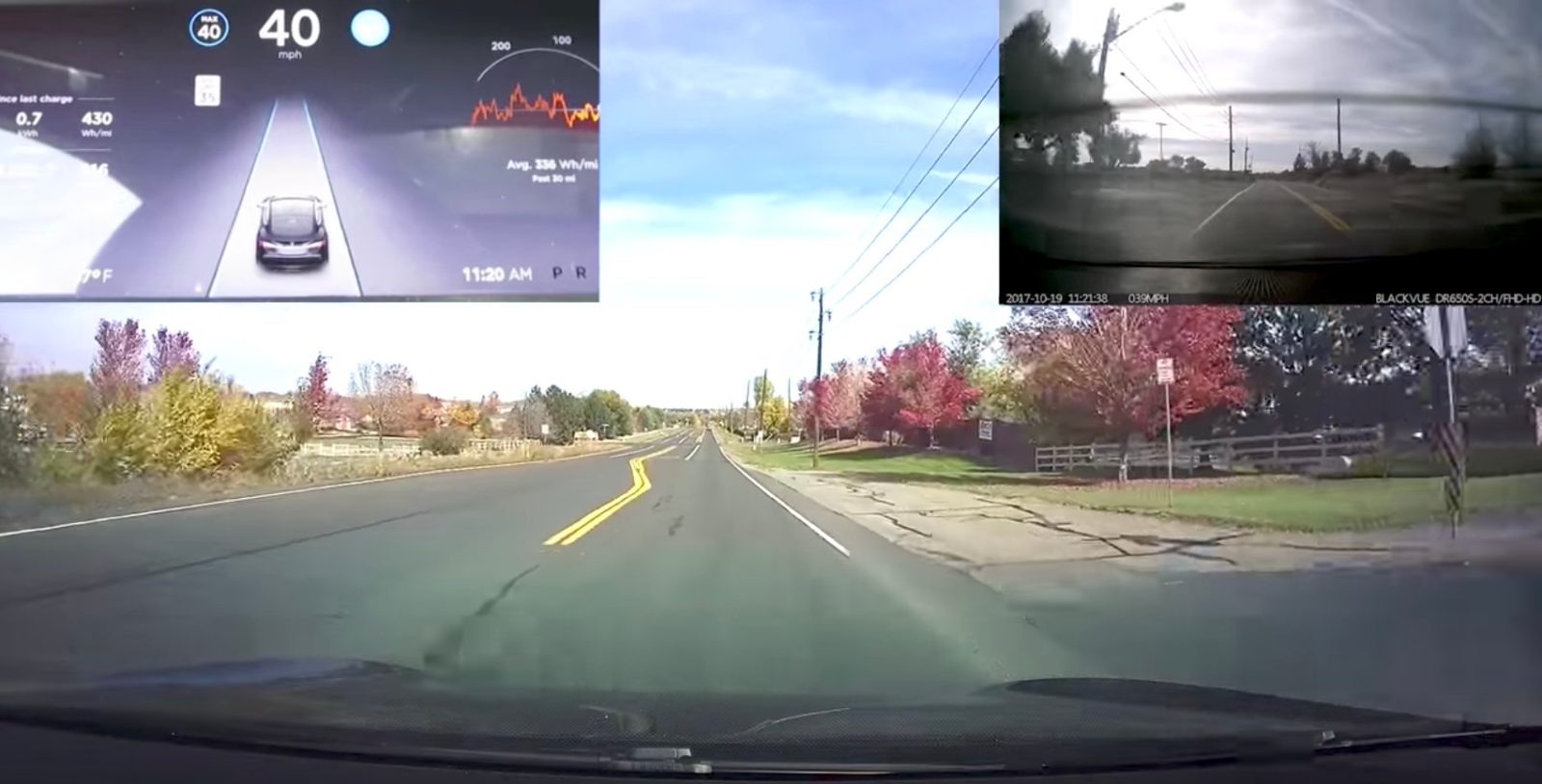 Over the past two weeks, Tesla released two updates for its fleet of vehicles equipped with Autopilot 2.0 and Autopilot 2.5 hardware.

We are starting to see videos of the first test drives using the new updates and owners are noting some improvements.

As we previously reported, the main goal of the two updates was actually to release automatic emergency braking on Autopilot 2.5 vehicles.

For Tesla owners without Autopilot, the updates also improved on Homelink and added a feature to run climate control after the car is parked for an extended period of time (aka camper mode).

But Tesla often adds unspecified improvements to Autopilot features in those updates, which was the case here.

It can be updated versions of Tesla’s computer vision system, control algorithm, or neural net, that have been running in shadow mode on some cars, but now Tesla feels confident that the updated features would offer a safer and better experience.

Those potential improvements (or sometimes regressions according to some owners) are hard to describe, but hardcore Autopilot users can often see differences in test drives. Here are a few examples from those owners.

He believes that the update features some “nice improvements” as the car stay “more centered”  and he doesn’t experience “phantom brakings” anymore.

Another Tesla owner, Byshop on Youtube, put the same update to test on some more local roads – including without center divider.

“This one seems like a big improvement since the firmware updates that made lane keeping less reliable two versions ago. It’s drifting a bit, but overall it’s maintaining speed much better in the turns and it’s not making small/jerky corrections like the last two versions. Still no speed limit sign reading and no local road lane change, though. Also, reading stopped cars while travelling at speed doesn’t appear to have improved.”

He takes the Autopilot through some tricky scenarios for the system, like at 3:40, and it performs quite well:

Some impressing stuff here. As a reminder, Autopilot was primarily designed for highway driving, but we are seeing it perform quite well on some local roads here.

Now we are told that the latest update 2017.42 features some further improvements on top of its predecessor released just two weeks ago. Now not a lot of people are on the update yet, but Daniel Lane on Youtube has it and shared a quick video of his car negotiating a curved intersection:

That’s actually a hard one because it’s an intersection and there are no lanes for a significant distance. By the way, Autopilot still doesn’t handle intersections unless it is approaching it like traffic with a lead vehicle – like it seems to be this case here.

A year after the launch of Autopilot 2.0 and despite the delays, things are starting to get exciting on the Autopilot front again. Those latest updates look quite solid and I’m starting to understand why Tesla President Jon McNeill was hyping a new update coming later this quarter.