Last year, the UK briefly became Tesla’s biggest market in Europe, a position generally held by Norway. The automaker’s sales have still been growing in the market, but it’s not where it should be based on its size.

Now Tesla is launching a new ‘tour’ in the UK to promote its vehicles.

Tesla delivered just over 3,500 during the first 3 quarters of the year, which is about 1,600 more vehicles than what they delivered during the same period last year.

That’s mainly due to the Model X, which only arrived in volume in the UK this year.

Model S sales have been more stagnant even though the automaker significantly increased its presence in the country with several new locations over the last year – bringing the total 27 stores and service centers.

Yet, those are mainly in the biggest urban centers. That’s likely why Tesla is bringing the electric vehicles on the road. They sent the following email blast last week: 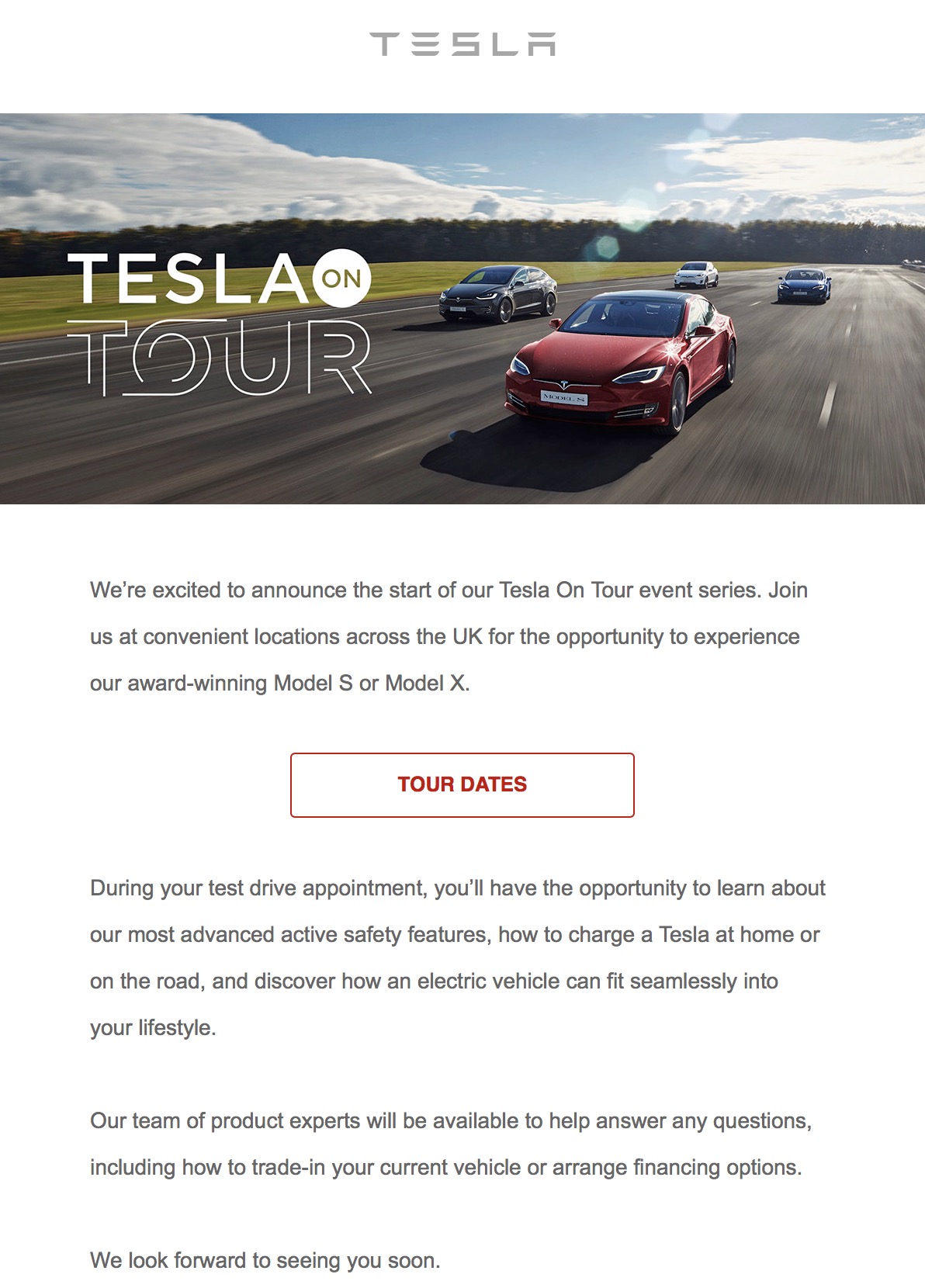 They are holding over 60 of those test drive events at dozens of different locations around the UK over the next 3 months.

It looks like an attempt for them to keep their sales momentum for Model S and Model X, especially since the less-expensive Model 3 is not expected in the country until 2019.

While Tesla’s sales have been growing the UK, it still has a lot of room to grow along with overall electric vehicle sales in the market.

There’s no arguing that the former has better EV incentives, though they are looking to slightly reduce them, but the UK still has a few incentives of its own. The UK Plug-in Car Grant reduces the price of any plug-in by £4,500 and they have several more local incentives, like exemption from the London Congestion Charge.

The impact on the market is still small with only ~4% of overall sales – compared to Norway’s ~50% last month.

An increased effort from Tesla could be helpful, but they are only expected to move significantly higher volumes of EVs with Model 3. We expect the next-generation Nissan Leaf to have a bigger impact on the local EV market.