Rapidly improving battery technology is enabling the electrification of more modes of transportation but also brand new ones. The main one has been passenger drones, but now we are seeing a new take on it: manned-hoverbikes.

Russia-based Hoversurf has been working on its ‘Scorpion’ platform for a while now and with the version 3 of the system, it is starting to have an interesting – albeit scary – product.

For everyday applications (if there is such a thing), Hoversurf is talking about limiting the flying altitude to 5 meters (16 ft), but the vehicle is capable of much more than that.

They recently beat their speed and altitude record by climbing 5 meters per second up to 38.5 meters (93.5 ft):

The fact alone that this can be powered by a battery pack is impressive, but unsurprisingly, the range is currently fairly limited.

Hoversurf is currently talking about less than 30 minutes of fly time before needing to recharge – though they are also working on an easily swappable battery pack system in order to get back in the air quickly.

Now if you are cringing at the open blade design, you are not alone. But the company is apparently looking at covering the blades in renders of the commercial product. 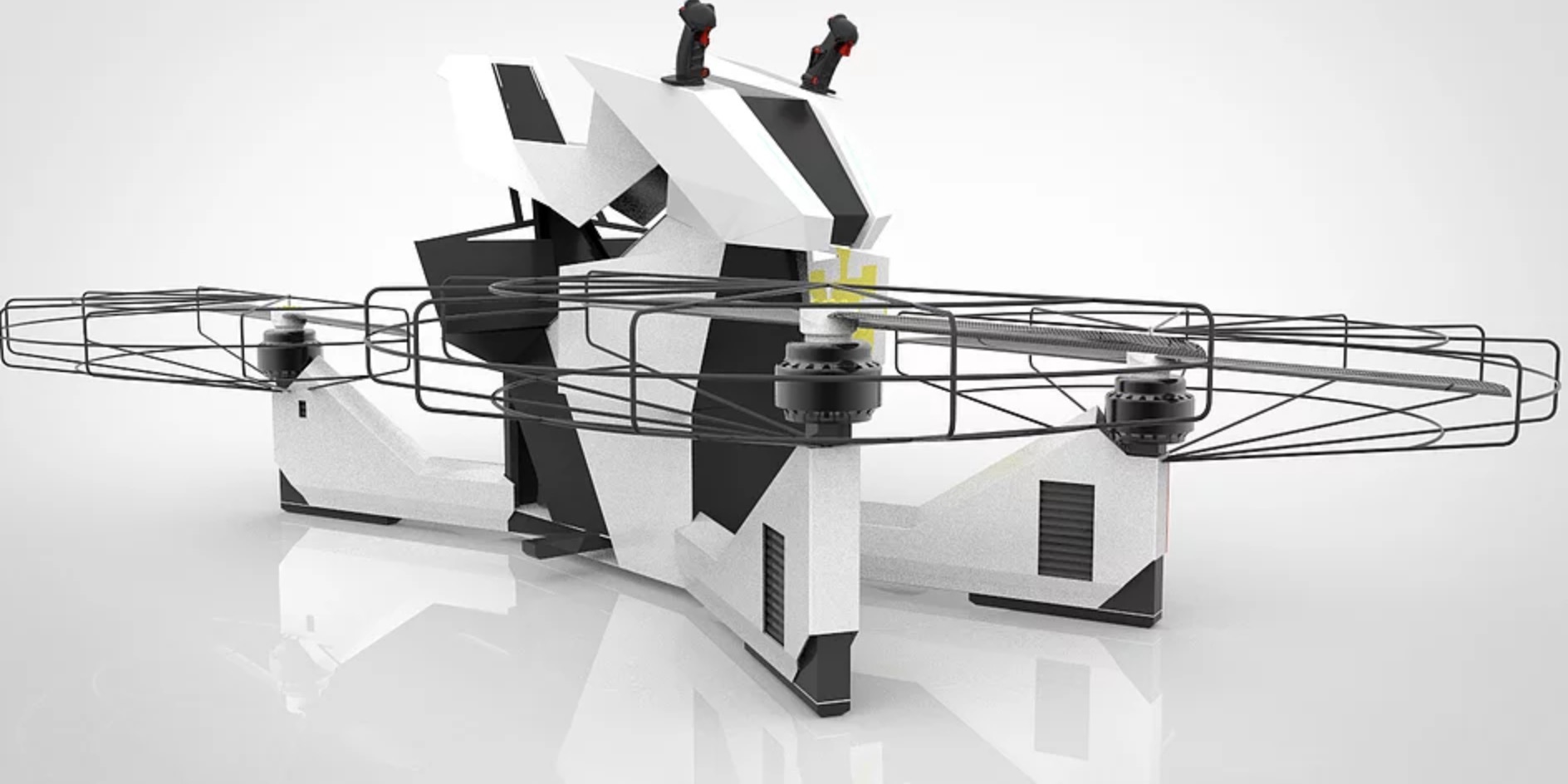 Speaking of a commercial product, it still hard to image commercial applications for this vehicle.

Dubai, known as quite the early adopter for a city, has been quick to raise its hand in what could likely only be a publicity stunt. The city’s police department has announced that they are adding the Scorpion 3 to their fleet:

The local police are talking about starting a “drone division” and they will conduct their first tests using Hoversurf’s platform.

Electric cars are starting to be more popular with police departments and we have seen law enforcement being early adopters of electric motorcycles, but this is definitely a first for electric hoverbikes.

Here are a few more impressive videos of the Scorpion 3: