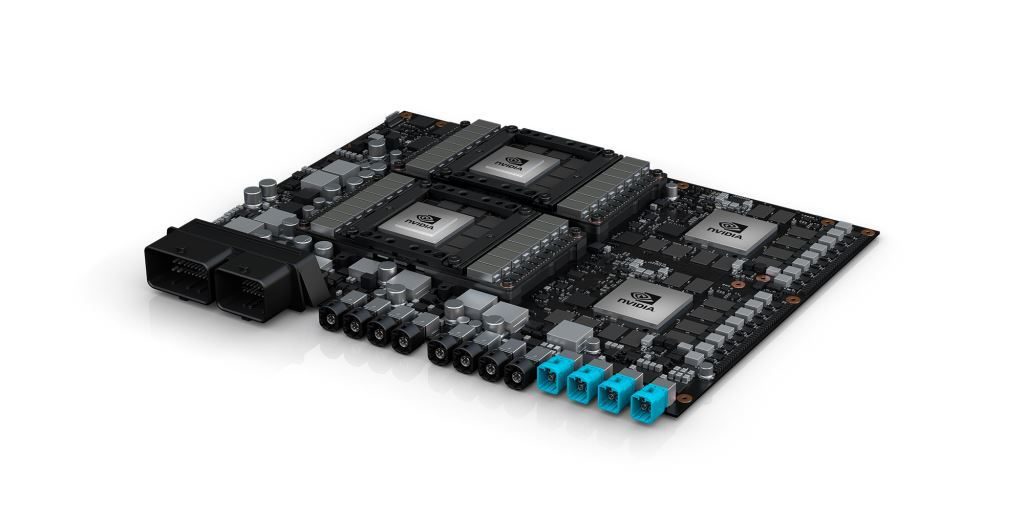 Nvidia has been positioning itself as a leading computing power supplier for autonomous driving. Tesla deployed Nvidia’s Drive PX2 computers in its vehicles last year and claimed it could eventually enable fully autonomous driving (level 5) – becoming the first to include it in production cars.

But the automaker and chipmaker didn’t agree on the computing power needed to enable fully self-driving capability.

The new addition to Nvidia’s Drive PX platform is called Pegasus, which delivers over 320 trillion operations per second — more than 10x the performance of its predecessor, Drive PX 2.

It now becomes the platform recommended by the chipmaker to enable level 5 fully autonomous capability.

Jensen Huang, NVIDIA founder and CEO, commented on the announcement:

“Creating a fully self-driving car is one of society’s most important endeavors — and one of the most challenging to deliver. “The breakthrough AI computing performance and efficiency of Pegasus is crucial for the industry to realize this vision.

The CEO confirmed that more than 25 companies are developing Level 5 self-driving systems using Nvidia chips and a few have already confirmed using the new Pegasus, including Zoox, Optimus Ride, TuSimple, Yandex, and NuTonomy.

“NuTonomy is building for Level 5 and Pegasus is the kind of platform that will be required to support these types of systems.”

The new system builds on the current Drive PX platform, which is customizable as shown with Tesla’s application in Model S and Model X, but it features two of Nvidia’s newest Xavier system-on-a-chip processors.

Nvidia says that the new platform goes into production during the second half of 2018.