Tesla is working on a new type of larger movable panel roof, applies for a new patent 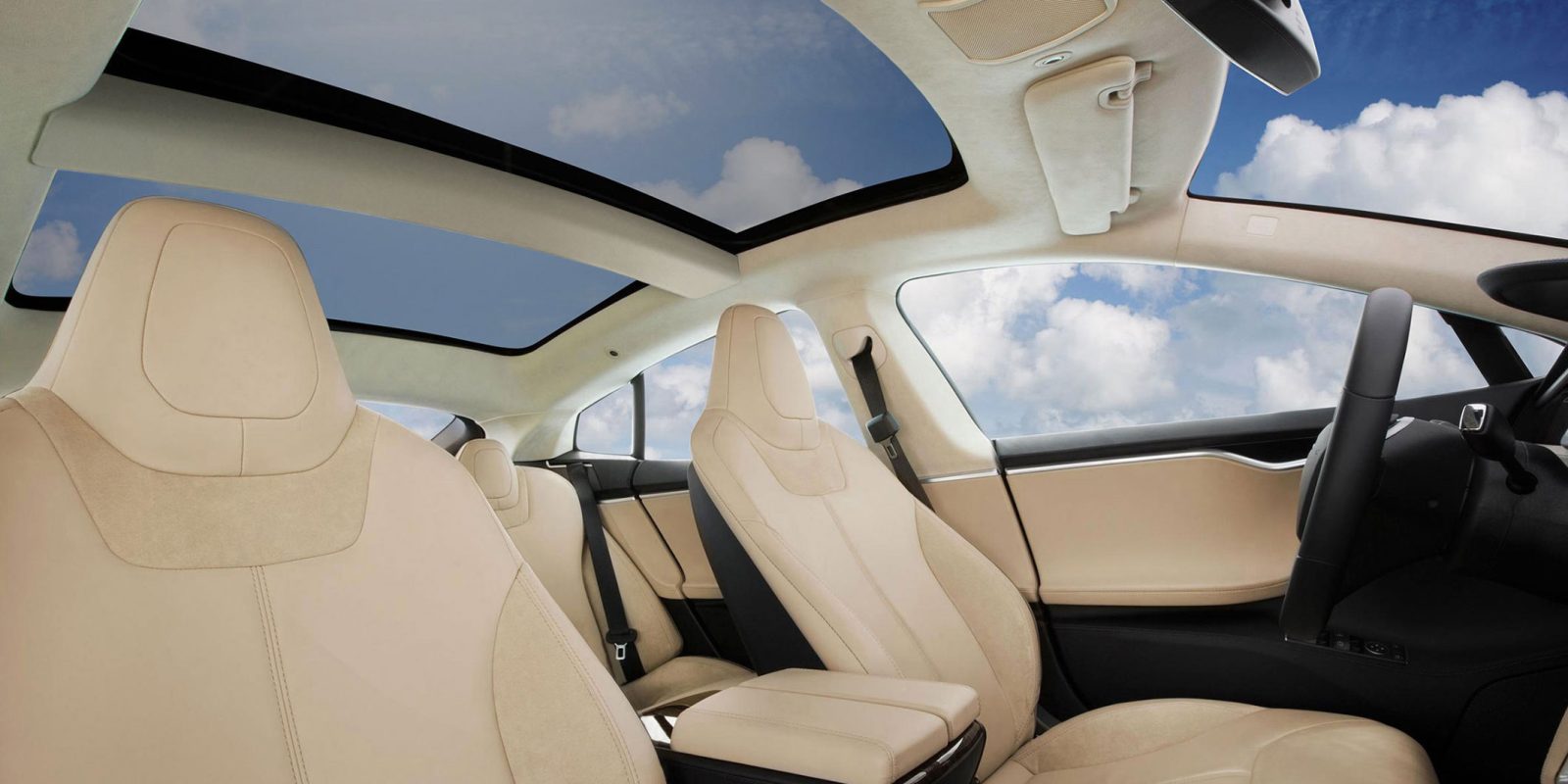 Now the company applied for a patent on a new type of movable panel roof also with fixed glass.

Tesla describes the system in the abstract of the patent application released yesterday:

Here are a few diagrams to better visualize the system:

Tesla believes that it can enable a larger opening in its pano roofs:

“The fact that the tracks are parallel puts design limitations on the vehicle body. For example, a distance represents the spacing between the parallel tracks. This distance must necessarily be less than the narrowest width across the roof of the vehicle. Moreover, the opening that becomes accessible when the sunroof is opened (sometimes called the hands through opening) must be positioned between such tracks, and is therefore also constrained by the distance. In other words, with parallel tracks the design of the vehicle’s roof has placed certain limitations on how large the sunroof opening can be made.”

There’s no indication on what vehicle, current or future, Tesla plans to use this technology or even if they will use the technology. Sometimes companies will patent technology that will never end up in an actual commercial product. We will see.

Here’s the patent application in full: