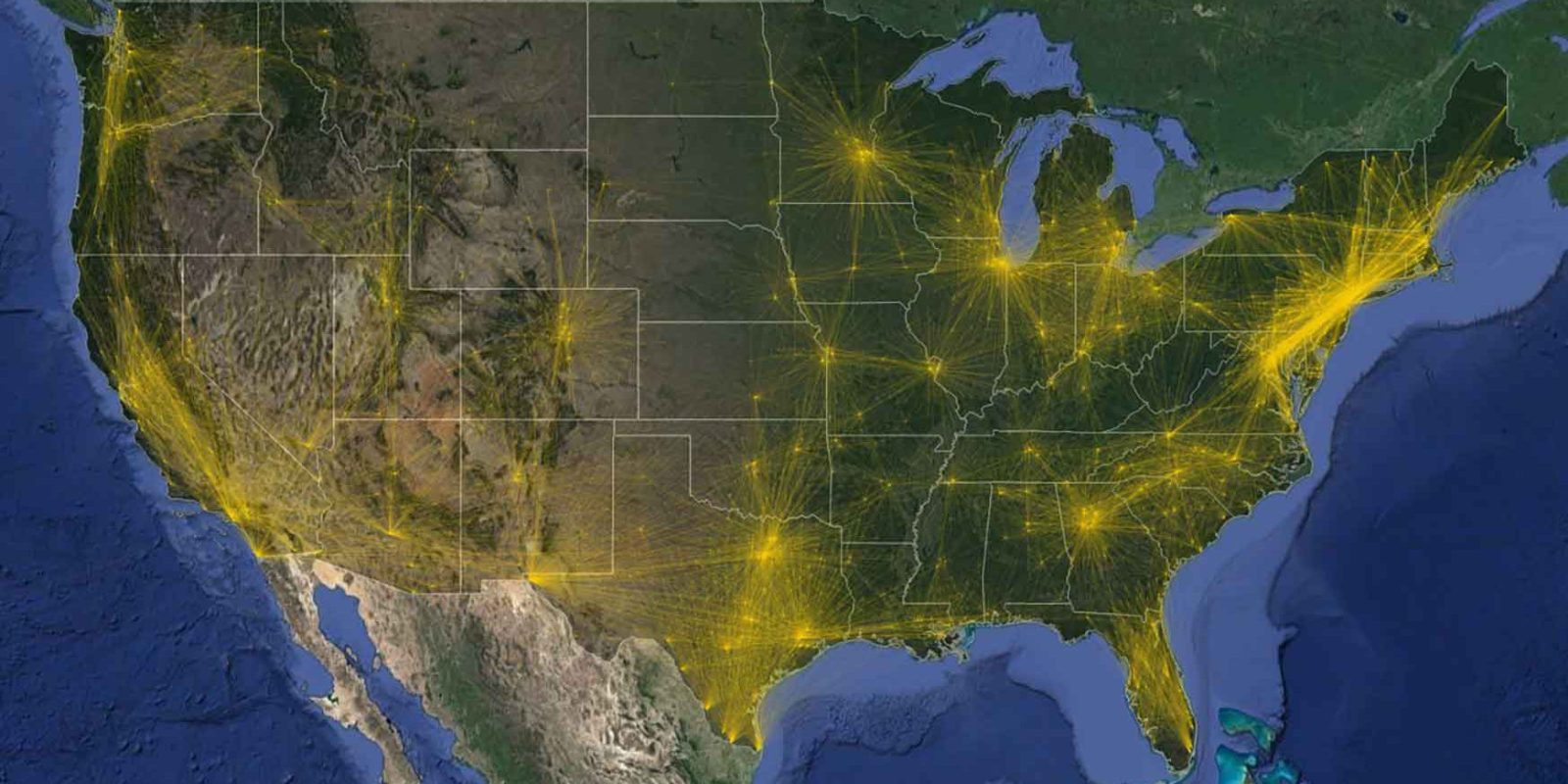 Industry analysts have tried to compare the petrol and diesel infrastructure with electric car charging infrastructure in the past, but it’s a hard comparison to make due to the important part that home charging plays in EV ownership.

They estimate that “approximately 8,500 strategically located fast-charge stations, with an average of three plugs each, are needed to provide a minimum level of national coverage for 7 million electric vehicles” – visualized above.

Eric Wood, lead author of the study (embedded below), said about his findings:

“The potential number, capacity, and location of charging stations needed to enable broad PEV adoption over the coming decades hinge on a variety of variables. NREL’s analysis shows what effective co-evolution of the PEV fleet and charging infrastructure might look like under a range of scenarios.”

The scenarios are based on mixes of different plug-in cars (PHEVs and BEVs). NREL analyzed the charging requirements of those vehicles based on urban and rural markets. 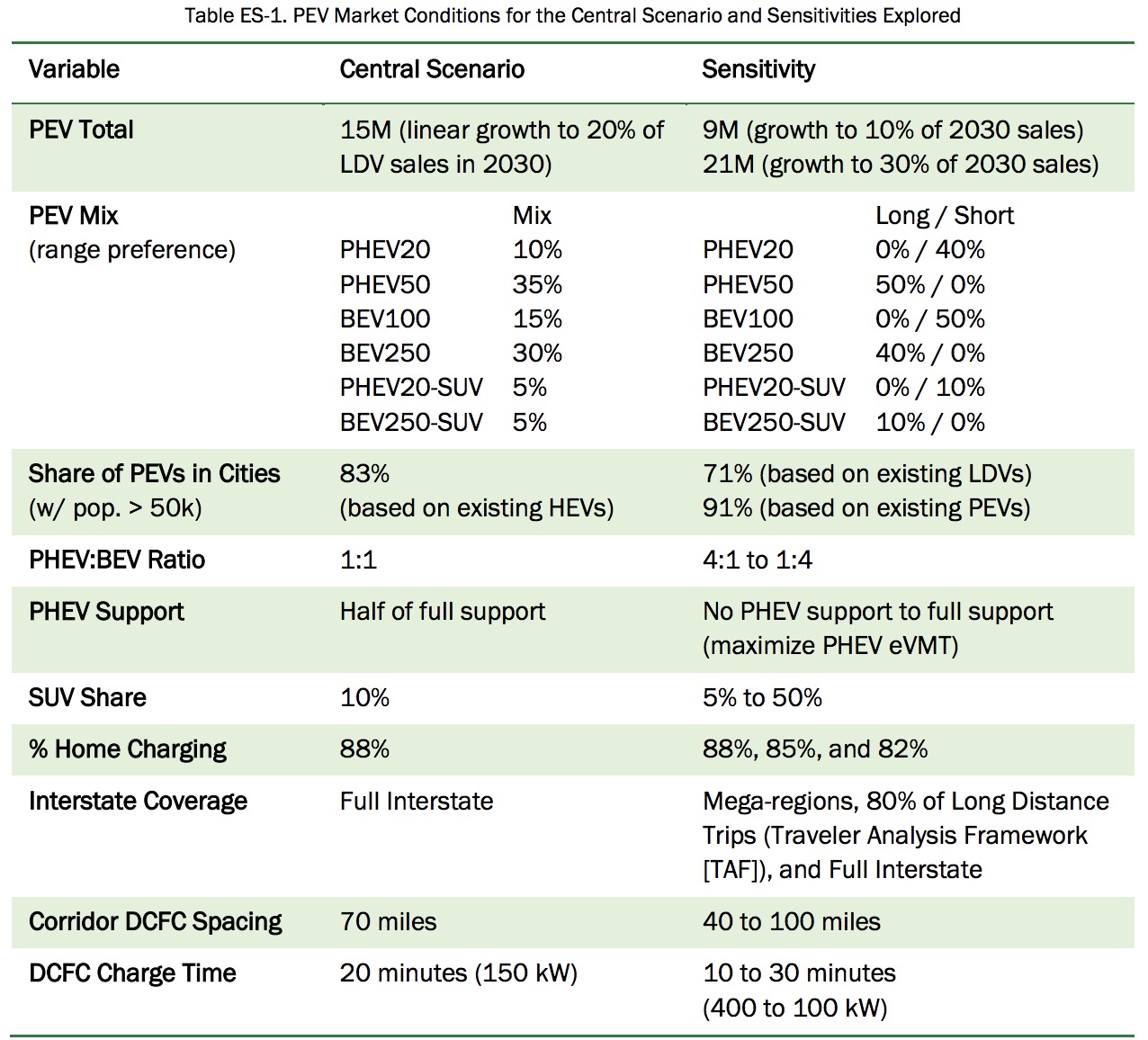 Basically, NREL sees that about 8,000 fast-charging stations would be needed to provide a minimum level of urban and rural coverage nationwide for 7 million electric vehicles.

With a market growing to 15 million vehicles, NREL sees the total number of “non-residential charging outlets or “plugs” needed to meet urban and rural demand ranges from around 100,000 to more than 1.2 million.”

Here you can access the study in full: (PDF).

The study is interesting when looking at the required infrastructure to support long distance travel for passenger electric cars, which is actually not the biggest segment of travel for cars – even gas-powered ones.

But it’s the one part of the EV charging infrastructure that is overlooked so far as charging network operators have been focusing on deploying level 2 chargers. DC fast-charging stations along popular routes are what is needed to support long-distance travel.

Tesla’s Supercharger network is the best example, but we are now finally starting to see more fast-charging stations, even higher-powered ones, being deployed by other automakers and third-party network operators.

Where I don’t get on board with the study is the mixes of PHEVs and BEVs, which I think disproportionately favors PHEVs, something we are actually not seeing currently in popular EV markets and a trend that is likely to continue in my opinion as more BEVs hit the market in the coming years.