Nissan and EVgo to build EV fast-charging corridor on the east coast: 50 kW (pre-wired for 150 kW) 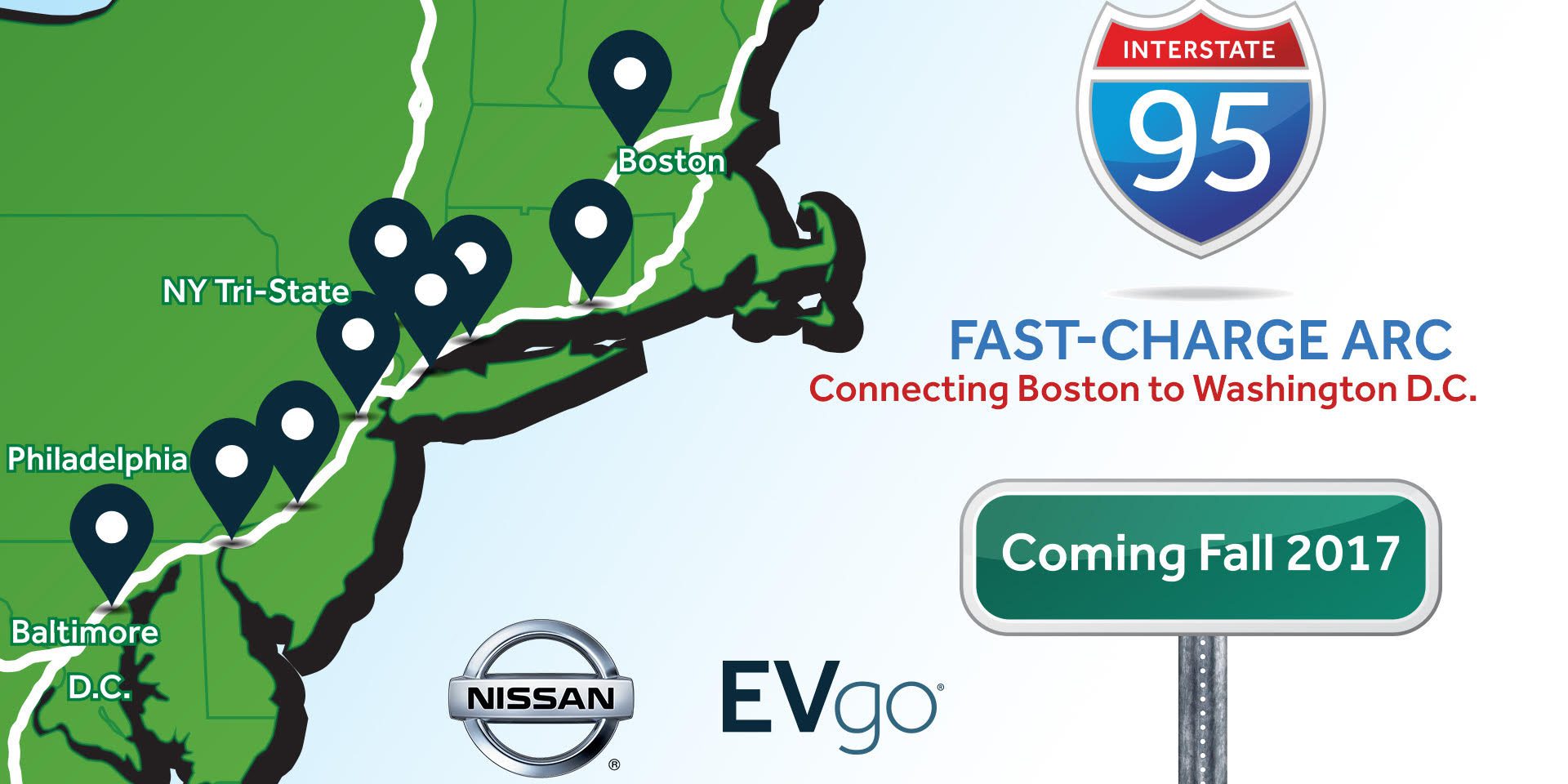 At the opening ceremony of the 2017 New York International Auto Show, Nissan and EVgo announced that they have partnered to create a corridor of DC fast-charging stations for electric vehicles along interstate 95 between Boston and Washington D.C.

The good news is that while they are still only deploying “barely” fast-charging 50 kW chargers, they are going to pre-wire the sites for “high-power charging power output of up to 150kW”.

They pretty much have to since now Tesla is not the only one playing with power outputs greater than 100 kW. VW announced a ‘nationwide 150 kW+ fast charging network’ as part of the Dieselgate settlement and ChargePoint recently announced a 400 kW charging technology.

As for the new stations on the I95, there’s no word on when they will be able to charge at up to 150 kW beyond Nissan saying “once such technology is available to consumers.” Maybe it’s a hint at the charging capacity of the next generation LEAF coming later this year?

For now, 9 EVgo DC fast-charge stations with 50 total chargers equipped with two fast-charge plugs each are planned for this fall.

“Regardless of range capability, a convenient fast-charge infrastructure along high-traffic routes is imperative in the mass-adoption of electric vehicles. This element of the EV equation is seemingly overlooked by others, but we’re all-in. Following a similar project in California, this is our second ‘corridor’ project in the U.S. and completion is expected in time for the launch of the all-new Nissan LEAF.”

This move from Nissan is clearly in preparation for the new Leaf since the Japanese automaker hasn’t been focusing on charging stations around highways before due to the Leaf’s short-range. Even if drivers have charging options, the Leaf is not made for road trips since drivers would have to spot for over an hour every 100 miles.

With an expected range of over 200 miles, the next-gen Leaf should make much better use of those charging stations – hopefully, with also a higher charge rate.