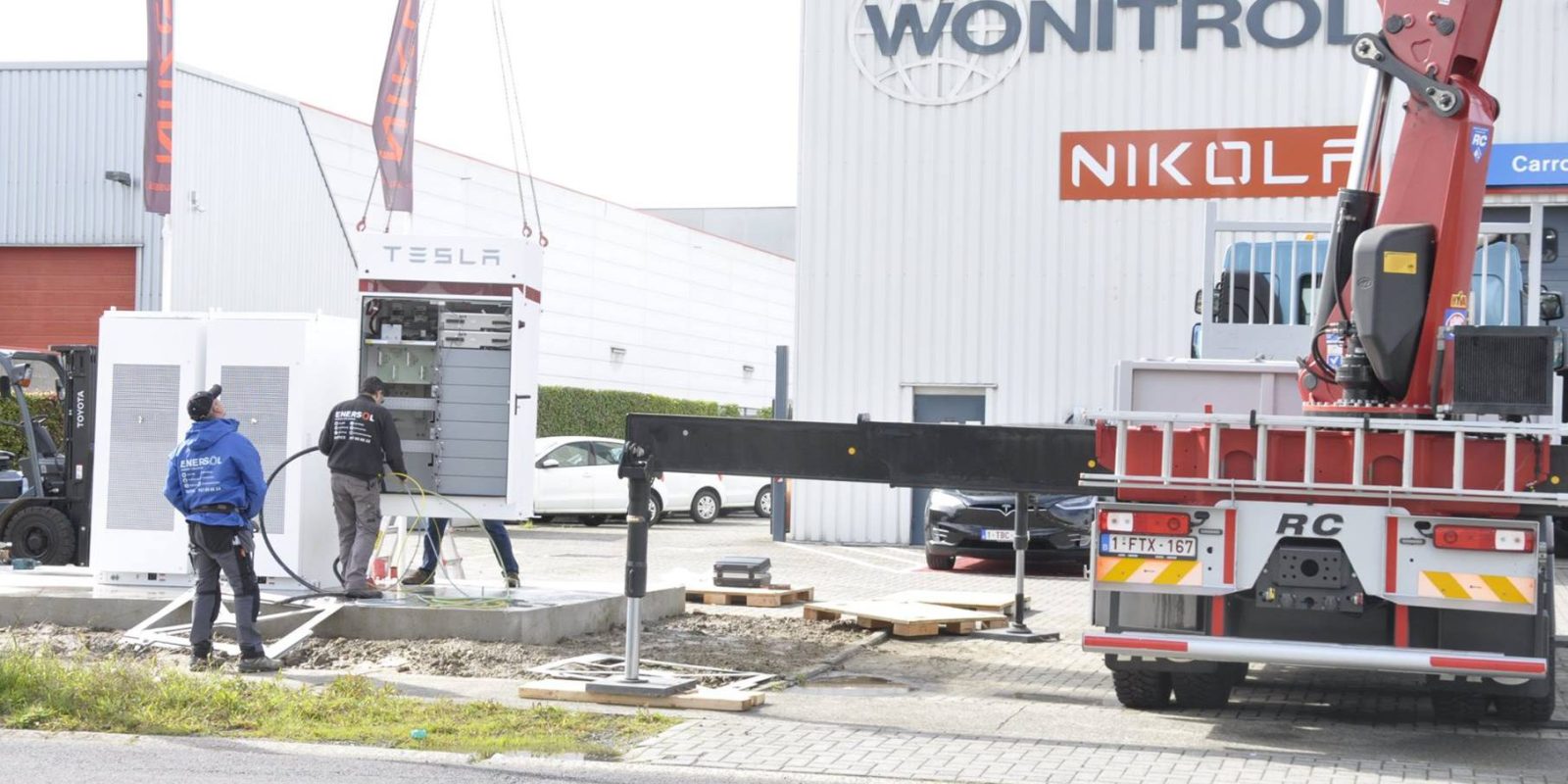 Tesla has been expanding its energy division lately and it is starting to result in many new projects being deployed.

Now Benelux (Belgium, the Netherlands, and Luxembourg) gets its first Powerpack project and it was installed at a very interesting location.

Wonitrol Carrosserie, also known as ‘Nikola-Brussels‘, a Tesla-specialised body shop (though not Tesla-certified ) located in de Londerzeel, Belgium, had the system installed by Enersol SPRL yesterday.

Enersol, which already was a Tesla Powerwall installer, says that the project is the first using Tesla Powerpacks installed in Benelux.

The system consists of two Powerpack units and a Tesla commercial inverter. Enersol says that it has an energy capacity of 420 kWh and a peak power output of 100 kW. The entire system weighs 6.5 metric tons, according to the company.

They released some cool pictures of the installation:

The system is installed front and center at the shop – almost in display, but it’s definitely not just for show.

The ‘Nikola Garage’ plans to combine the new energy storage system with their solar array installed on their roof in order to power an upcoming new charging station with 6 charging points.

That way, they will be able to charge their Tesla vehicles on sunlight even when the sun is not shining.

Tesla’s massive project in Australia grabbed most of the attention as the ‘most powerful battery system in the world’, but we have recently been seeing more smaller projects, similar to this one, like one with a single Tesla Powerpack battery that saved an Australian town over $1.5 million in grid connection costs.

In the US, Tesla has been expanding Powerwall 2 installations lately and used its energy storage products to support the recovery effort in storm-ravaged Puerto Rico.