Logan City in south-east Queensland installed a solar power system on their new water disinfection plant (pictured above), but they still need a grid connection for when the sun is not shining.

Instead, they installed a single Tesla Powerpack battery system to go off-grid, which they estimate saved them $1.9 million ($1.5 million USD).

“There was a need to have this reservoir, there was a need for it to be powered for its chlorination treatment however it was in an area where it was completely off the grid. We were concerned until demand increases, water stored in the network may age and not stay at the highest possible quality.”

The system was so far from the grid that it would have cost them $1.9 million ($1.5 million USD) to get a connection.

In order to take the system off-grid, they installed a 95 kWh Tesla Powerpack with the company’s new commercial inverter: 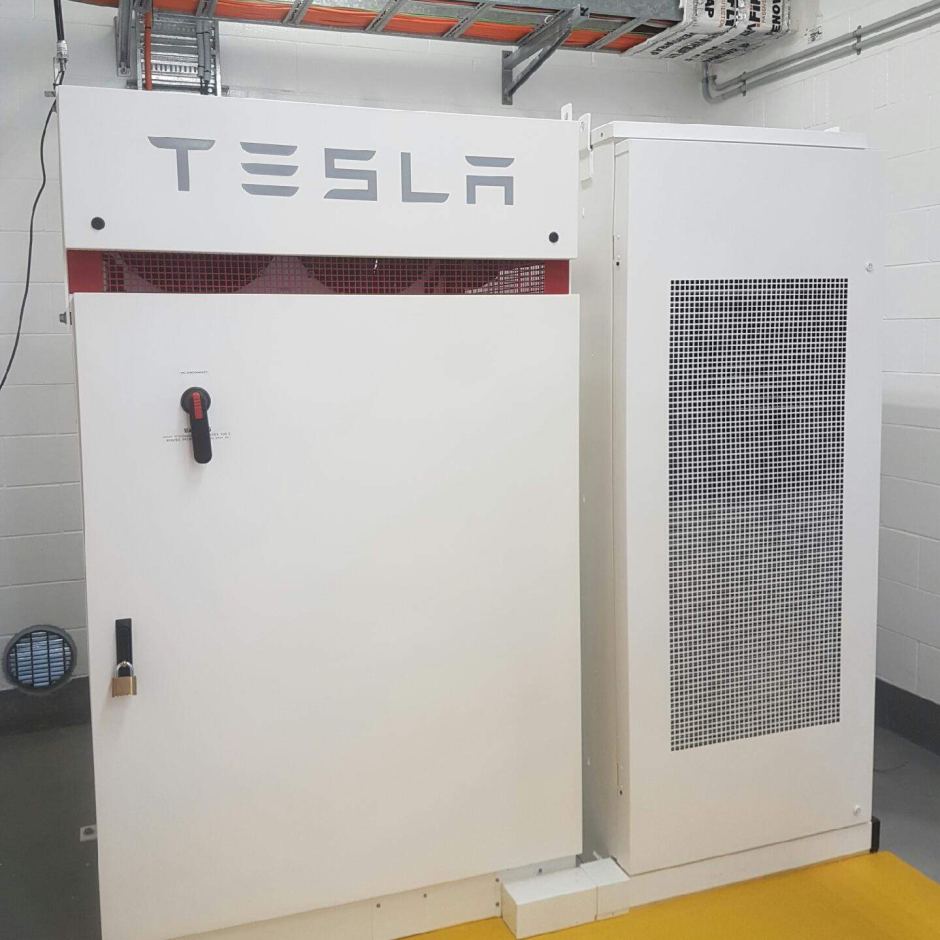 They didn’t disclose how much they paid for the Powerpack and inverter, but it was quoted for around $100,000 before installation when Tesla used to have an online Powerpack project price calculator.

That system combined with the solar installation is expected to power the water treatment facility 24 hours a day.

It has been online for the past few weeks and Smith says that they are now considering the concept for future infrastructure projects:

“We’ve obviously been trialling it for the last few weeks and we’re confident that it’s going to work but what it will do is it will set a new standard, I think, globally but particularly what we’re building in Logan,”

When it comes to Tesla’s Powerpack projects, all the attention is currently on the massive 100 MW/129 MWh project in South Australia that the company is inaugurating on Friday, but Tesla also started installing those smaller single Powerpack systems to show the modular flexibility of the energy storage solution.

It shows that they can build anything from a single 95 kWh Powerpack system to projects with hundreds of Powerpacks for capacities over 100 MWh.

Again in Australia, which is an important market for Tesla’s energy division due to the country’s high electricity rates and solar power penetration, they recently installed a similar system at a school in Queensland.