It’s hard to believe them at this point since they have been promising it for the past three years, but Mitsubishi says that the Outlander PHEV is finally coming to the US in December.

They released more information about the launch this week and even US pricing for the first time.

At one point last year, Mitsubishi even debuted a US version of the plug-in hybrid SUV, but the vehicle never launched.

This week, they announced that the 2018 Mitsubishi Outlander Plug-in Hybrid Electric Vehicle (PHEV) will “arrive in dealerships in December 2017 starting at the MSRP of $34,595.”

The Outlander PHEV is an interesting plug-in for a few reasons. First off, it’s a rare SUV plug-in and secondly, it has a little more all-electric range than your average PHEV despite the fact that it’s a larger vehicle.

It’s powered by a 12 kWh battery pack, which enables roughly 20 miles of all-electric range on a single charge. The battery is also DC fast-charging capable, which is not always the case for plug-in hybrids.

Finally, it is equipped with twin electric motors for an all-wheel-drive system.

Here’s the press kit for the US version of the 2018 Outlander PHEV for more details. 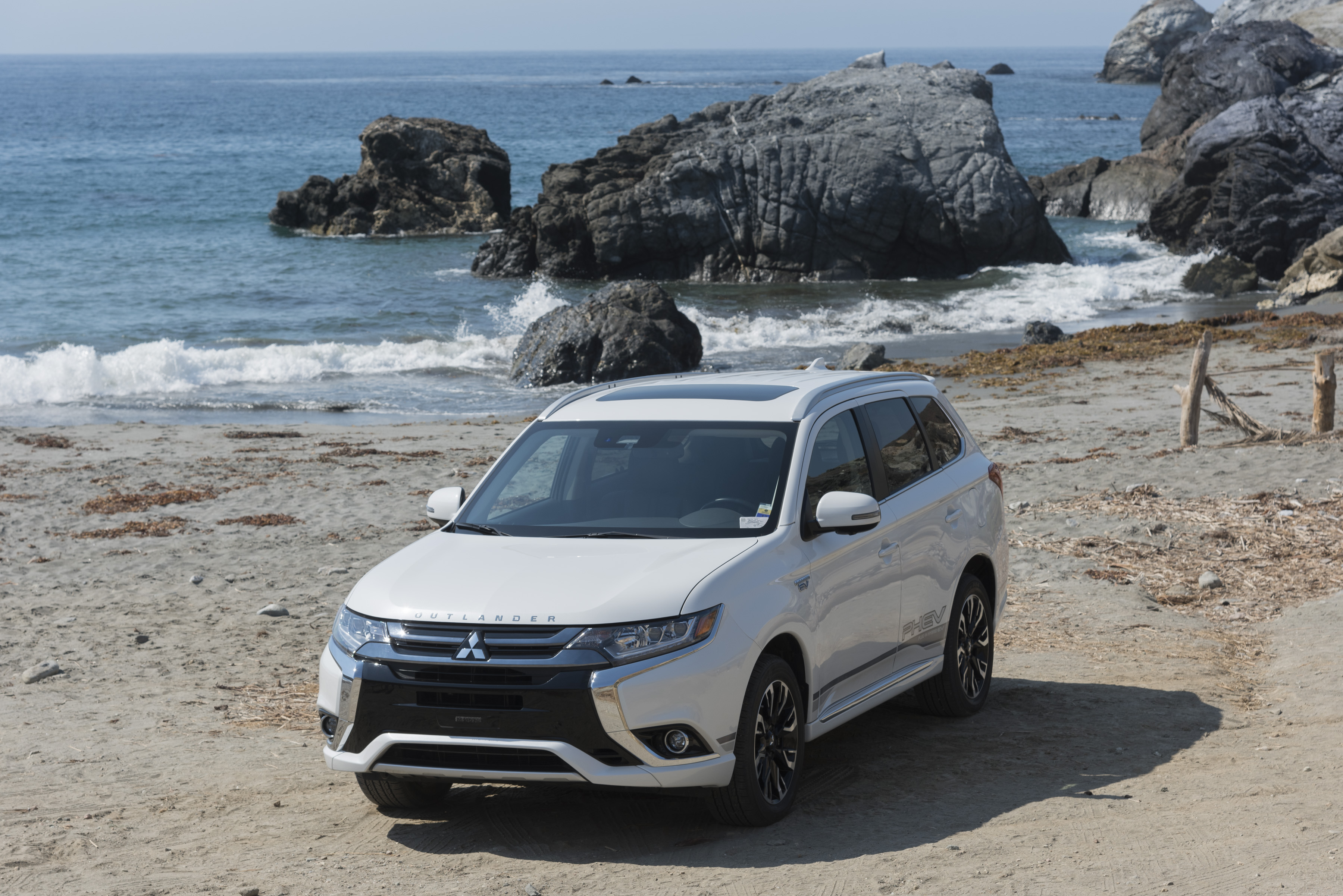 While Mitsubishi couldn’t confirm it, the vehicle is likely going to be eligible for a federal tax credit of up to ~$6,000, which could bring the price down under $30,000.

For someone with a short commute, it could actually prove to be competitive in the segment after gas-savings, but it’s still about $5,000 more expensive than the gas-powered version.

At Electrek, we are not big fans of PHEVs, especially if they don’t offer over 30 miles of range on a single charge, but they can be a way for car buyers to dip their toes in the EV ownership world. The Outlander PHEV did a good job at that in other markets since Mitsubishi managed to deliver over 100,000 units since its launch in 2013.

Now the Japanese automaker is apparently getting more serious about its electric car effort with its alliance with Renault and Nissan. Last week, Mitsubishi released the first image of its upcoming electric ‘e-Evolution’ car, which will be unveiled at the 45th Tokyo Motor Show next month.