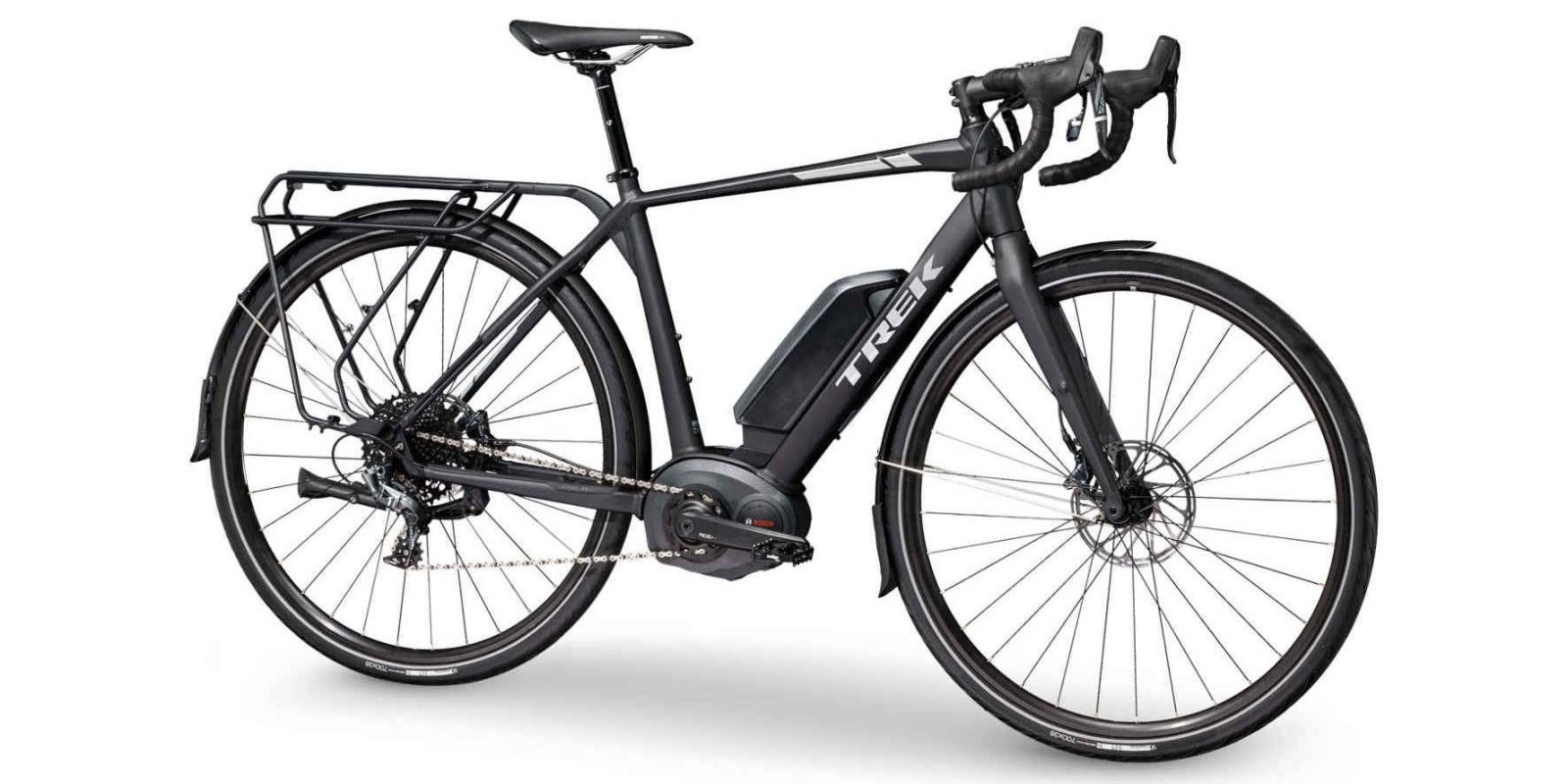 I’m in Wisconsin visiting with in-laws this week but when I heard that Trek announced its new CrossRip+ ebike, I knew it would be a great opportunity to visit the headquarters/factory in nearby Waterloo. I was neither disappointed by the factory, bike celebrities wandering the halls during the World Cup event, nor the CrossRip+ electric cyclocross which Trek let me take on a 10 mile on and off road test ride…

My day to day bike is a Bianchi Cyclocross so stepping onto the CrossRip+ felt pretty familiar. This is a commuter bike for those who like to ride fast with drop down handlebars/SRAM shifters and probably don’t need the assisted power for distance, more for speed.

The case study that this bike was developed around was a biker in Minneapolis that rides 18 miles in a little over an hour each way to work. With this bike he cuts his commute time down below 45 minutes, thus saving an hour every day. That’s a pretty big deal.

The assisted power is pedal assist only (no throttle) and provided, like all Trek ebikes, by a Bosch mid-drive system. This particular model rocks a powerful 350watt/28mph Performance Speed variant with long-range 500Wh removable battery on lock and key. It has solid components across the board including built-in lighting system, removable rear rack, hydraulic disc brakes and rear kickstand. It also has very aggressive mud guards which are much more for clean-pants commuting than off road or weekend adventuring.

Like other Bosch powertrains with the Purion display, you can easily toggle from no pedal assist to 7 levels of power – from “Eco” to “Turbo” which provide 120 – 20 miles of range respectively. It isn’t macho, but as long as I don’t need to go a long distance, I typically leave it on turbo and try to stay around the high end 28mph. Speed in my mind, travelling on roads that I share with cars, equates to safety.

I find I feel much safer on roads when I am travelling closer to the speed limit where cars and trucks travel and the CrossRip+ helps me do exactly that. Instead of averaging a little over 15mph, I can fairly easily attain 25mph and up to its 28mph assisted limit with the same effort. On flat ground, dropped down, 30mph isn’t a huge stretch on full power over long distances.

Compare that to our $5000 Trek SuperCommuter +8S with same Bosch drivetrain but large tires and T frame handlebars we reviewed earlier this year. The similar specced Bosch motor would absolutely help us get into the 20 mph range but sitting upright, the wind resistance gets too strong as you get over 25mph (though I got it over 45mph down a hill). Also, the top end range goes from a realistic 80 miles to 120 miles.

With Cyclocross wheels and frame, I feel way safer on roads where cracks and potholes could upend or rupture a thin tired road bike.

Let’s put the specs on hold for a second. The CrossRip+ is a ton of fun – that’s for sure. It is obviously significantly heavier than a non-electric cyclocross with the 350W motor, 500Wh battery and electronics – but it isn’t insanely heavy. It compares to big box store mountain bike in weight for me.   I would have no trouble taking this up a 2-3 flight walk-up apartment. Part of that is the aluminum frame, light wheels and carbon fork of the other CrossRip non-electric bikes and part of that is the continuous improvement in weight that Bosch seems to be making in its drive train. 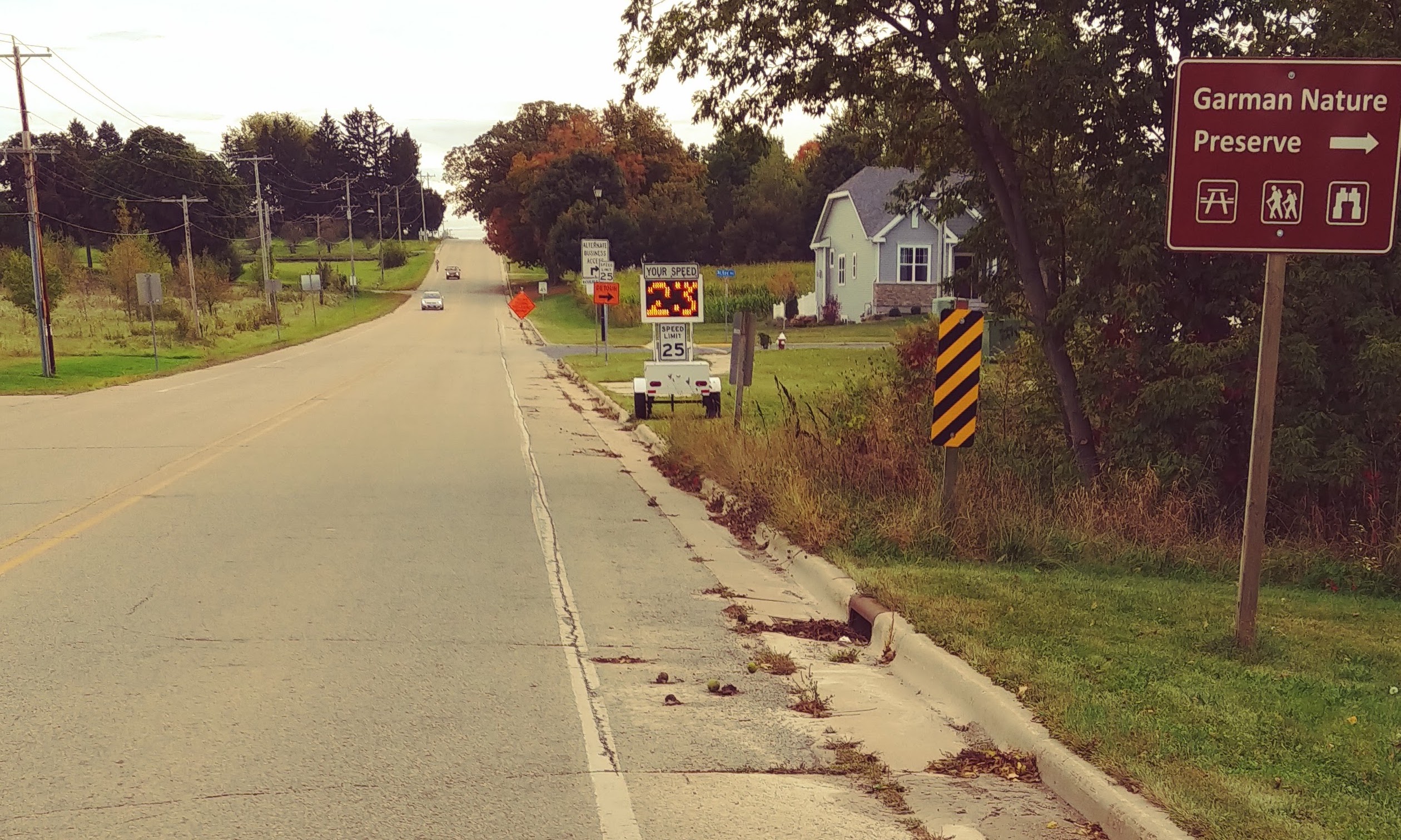 When the pedal assist system is working like it is supposed to, it feels like it gives your legs superpowers. Significant hills feel more like flat ground. Pedalling at a 15 mile per hour clip is actually propelling you forward near 25mph. For me personally, I really need the help on the hills. It isn’t that I can’t climb them, it is that I’d rather climb them going fast in-turn making me feel safer. I also don’t arrive at my workplace is a puddle of sweat.

The CrossRip+ has a $4000+ price tag which will put it out of a lot of people’s budgets although some fall/winter sales might bring some good discounts. Also, like most Cyclocross bikes, this isn’t a dirt bike. Sure, it can handle gravel with ease and the occasional dirt patch, but during my test ride, I had significant slippage hitting turns in loose dirt. The added weight of the electrics will also be disconcerting to folks used to straight cyclocross bikes. Weight-wise, it can feel more like a beach cruiser when doing technical maneuvers.

Also some people will want to do casual riding on their bikes and the forward lurching, down tube handlebars make that a little more difficult than a mountain bike. Finally, it is available in any color as long as it is black.

Even with just about 5-10 miles of riding, I can already tell this is going to be a very beloved ebike. For those of us that love the cyclocross form factor and want to make our work commutes faster and safer, this feels like a pretty easy buy to justify. There are very few downsides besides the price – which however is justifiable based on the quality of the components.

The bottom line here is that this bike is flat out fun and can take significant time off your commute while adding the safety of full time lighting and car-like speed. I anticipate Trek will be making a lot of these.

Speaking of, here’s some pictures of the factory in Waterloo, Wisconsin (between Milwaukee and Madison) where they manufacture pro bikes: