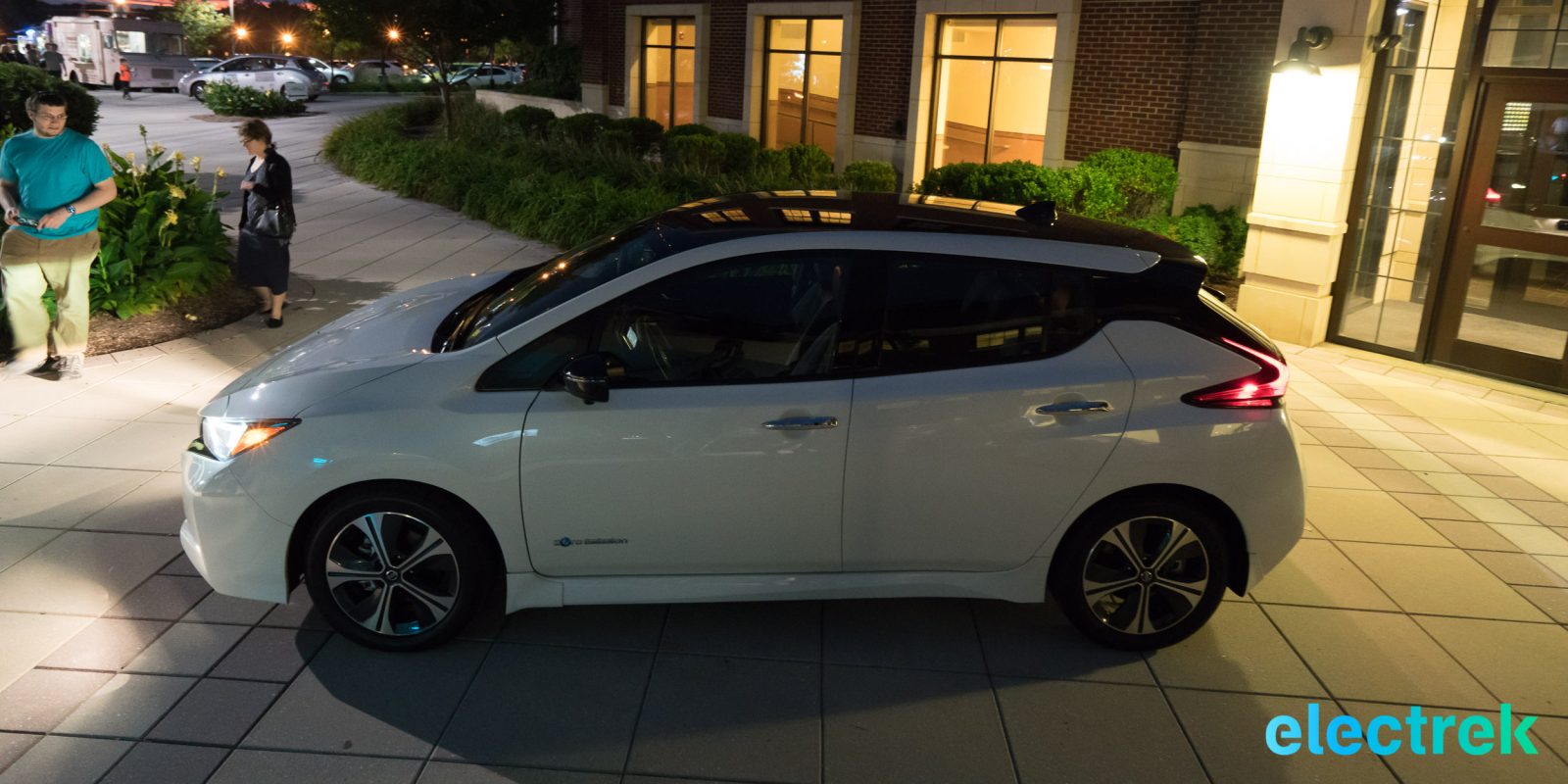 Like you, we have been waiting for months (some may say years!), to get a good view of the new Nissan Leaf 2018. Months ago we had some spy shots we could share with you. Later Nissan itself teased us with a few pictures but still no good look at this brand new electric vehicle until the launch event last week. Last night, when Seth and I went to the National Drive Electric event in Bridgewater, NJ, where a not-yet-road-legal 2018 Nissan Leaf was shown. We had the chance to take a good look at it, sit in it, fold the seats, pop the hood, turn on the lights, etc. but unfortunately we did not have the opportunity to actually drive the car.

We hope to do that soon. But until then check out the gallery below:

About the New Nissan Leaf 2018

We did find the new Leaf to be a significant step up from the previous model in terms of design and overall quality. The car also offered plenty of legroom and headroom for the driver and passenger. The seats and the heated steering wheel can be adjusted in various ways and make it easy to get comfortable. In the back, the headroom is sufficient as well. Legroom may be cramped however, depending on who’s sitting in front of you. The car has folding rear seats and even though they do not fold flat they do increase the already ample rear cargo space significantly.

The new Leaf should be available at your local Nissan dealership later this year, starting at $29,990 plus delivery. For this price, you not only get a new design and an increased 40kWh 150 mile range but also a new 110 kW electric motor, which is a jump up from the 2017 model’s 80 kW motor. The long-range 60kWh version should be even more powerful.

The 40 kWh battery pack that Nissan claims can enable “400 km” of range (~250 miles), but that’s under Japan’s JC08 standard, which is known to be unreasonable. The actual EPA-rated range is expected to be around ~151 miles. Nissan also includes features like: vehicle-to-grid capacity (in Japan at least), which allows you to use the car’s battery pack to power your home, and their ProPilot’ feature, a semi-autonomous highway driving system. More details about the new Leaf can be found in our earlier write-up here.

Note: Nissan is heavily discounting the “old” 2017 Leaf for what has to be considered nutty prices.  For instance, in New York, the combined discounts add up to $19,200 bringing the actual purchase price of a new Nissan Leaf model year 2017 to $11,500. That’s a steal for a new commuter car! Reach out to a local dealer here.

Anyway, take a look at the images in the gallery below. We did our best to capture every imaginable angle of this car and let us know what you think about the Leaf in the comments below. One thing we can say with certainty: The 2018 LEAF is a huge leap forward in almost every imaginable way from its predecessors and makes a compelling EV for those looking for a low cost 150-ish mile option.

2018 Leaf, without “hump” (but with optional Bose amplifier)

2017 Nissan LEAF specifications (Japan model) Specifications are based on the latest product information available at the time of release. Specifications for other regions will be announced at the start of sales.