Tesla Model 3 is built with 50% parts from US/Canada, and 25% from Mexico – here’s why it’s important

There are 10,000 unique parts in a Tesla Model 3 and any one of them can slow down the automaker’s important production ramp up.

Furthermore, the provenance of those parts has some interesting implications and we now have more details on them.

Aside from encouraging the local industry, it has somewhat of a significant impact on the sale price in Canada and Mexico.

The Model 3 was expected to be Tesla’s first vehicle not to be slapped with the price bump thanks to Tesla’s new ‘2170’ battery cells manufactured in the US instead of Japan.

The supply chain change that Tesla’s Gigafactory 1 enables was expected to be enough to make the difference.

CEO Elon Musk reassured everyone during the launch in July saying that “two thirds of parts are made in North America and the other third is coming from around the world.”

But as we reported earlier this week, now it’s official with a Model 3 Monroney Sticker being spotted and confirming that 50% of the parts are from US/Canada, and 25% from Mexico (credit picture Zoomit): 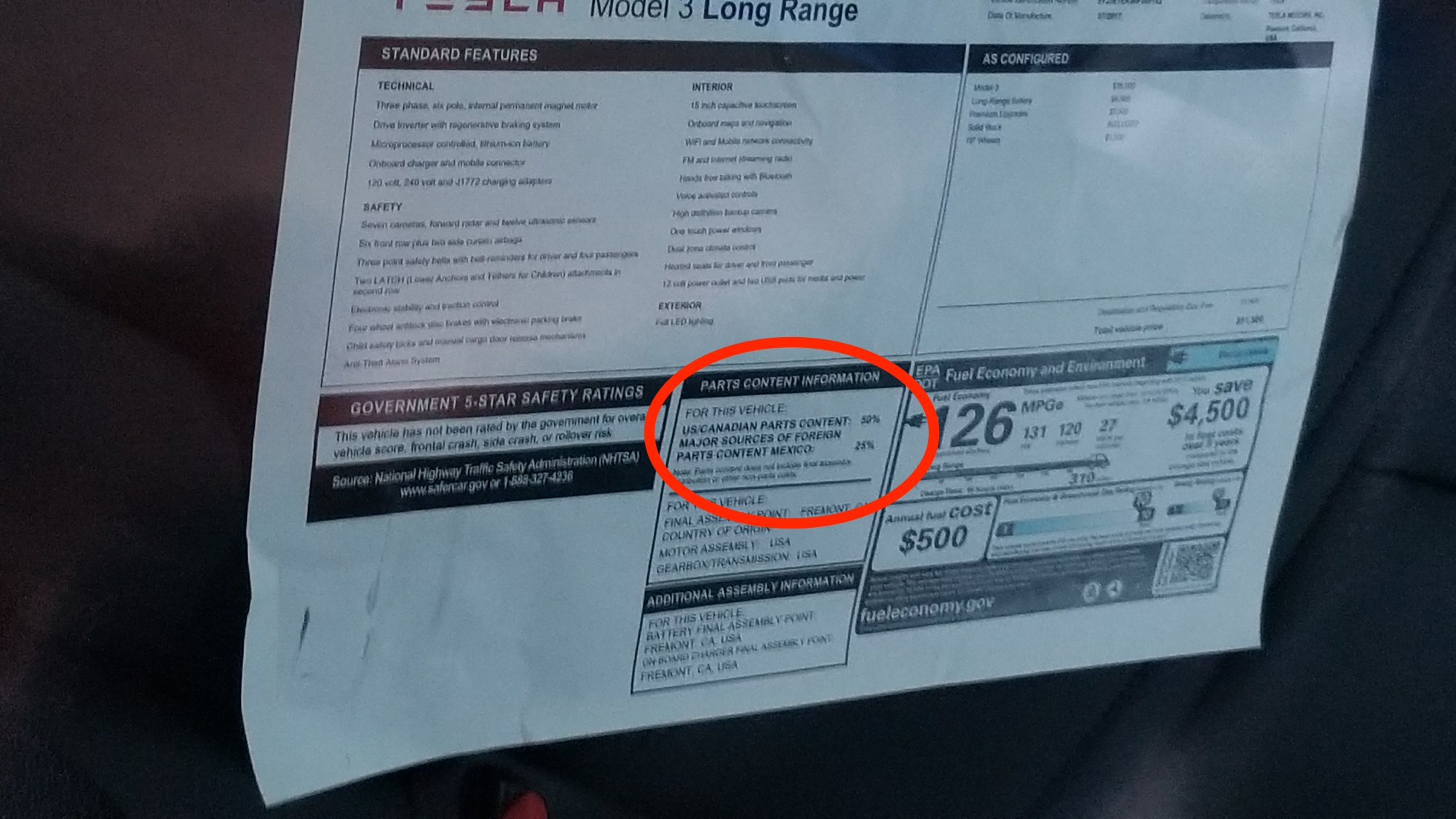 That’s good news for us Canadians with Model 3 reservations.

In comparison, other electric vehicles have much fewer North American parts. Like the Chevy Bolt EV, which is assembled in Michigan, has only 26% US/Canadian content, according to its Monroney Sticker.

It has 54% Korean content thanks to LG being the main supplier behind the car. You see similar results for other vehicles, like the Nissan Leaf or BMW i3.

Despite Tesla’s supply chain for the Model 3 being more concentrated in North America, Musk emphasized that Model 3 production is still dependent on a complex supply chain to deliver those 10,000 unique parts and that production will only be moving at the pace of the “slowest and less lucky supplier.”

Nonetheless, we recently got a hint of production being on schedule as Tesla employees on the east coast started getting delivery confirmations for the end of September, which would mean Tesla is preparing to expand deliveries outside of California ahead of customer deliveries in October.