Since Tesla delivered the first 30 Model 3 units last month, it hasn’t been clear at what rate they are now being delivered and Tesla only guided a rough estimate of 1,500 units over the third quarter.

Now more vehicles have been spotted being delivered in Fremont.

Tesla CEO Elon Musk warned employees and industry analysts that he expects the company to be in “production hell”, a term he first brought up when discussing early Model X production, for the next few months.

When Tesla first started deliveries of the Model X in September 2015, they only delivered 6 units at a launch event, much like Model 3’s 30 units last month, and then only a few more hundred vehicles were delivered during the rest of the year.

Some feared that the same could happen to Model 3 after its launch last month, but now we are starting to see more vehicles being delivered.

Podcast ‘The Tesla Show’ spotted 9 new Model 3s being prepped for delivery at the Fremont factory during the weekend:

Little video of one of the Model 3. pic.twitter.com/3jEbbuJS3E

The vehicles delivered at the launch event last month all went to Tesla employees and company insiders, but Musk also said that they made a few more vehicles for their test programs as they try to ramp up production.

More vehicles now appeared to get in the hands of those early adopters.

JF0909 on /r/teslamotors also spotted another new Model 3 at the factory this weekend:

It seems like deliveries are still being concentrated around Tesla’s Fremont factory, but the automaker also recently showed signs of starting to expand ahead of the start of customers deliveries expected in October.

We recently reported on a Model 3 that appears to be going around the country and was in Louisiana on Friday.

Now rwendesy on /r/teslamotors also spotted another Model 3 down in Los Angeles at SpaceX’s Hyperloop pod competition this weekend: 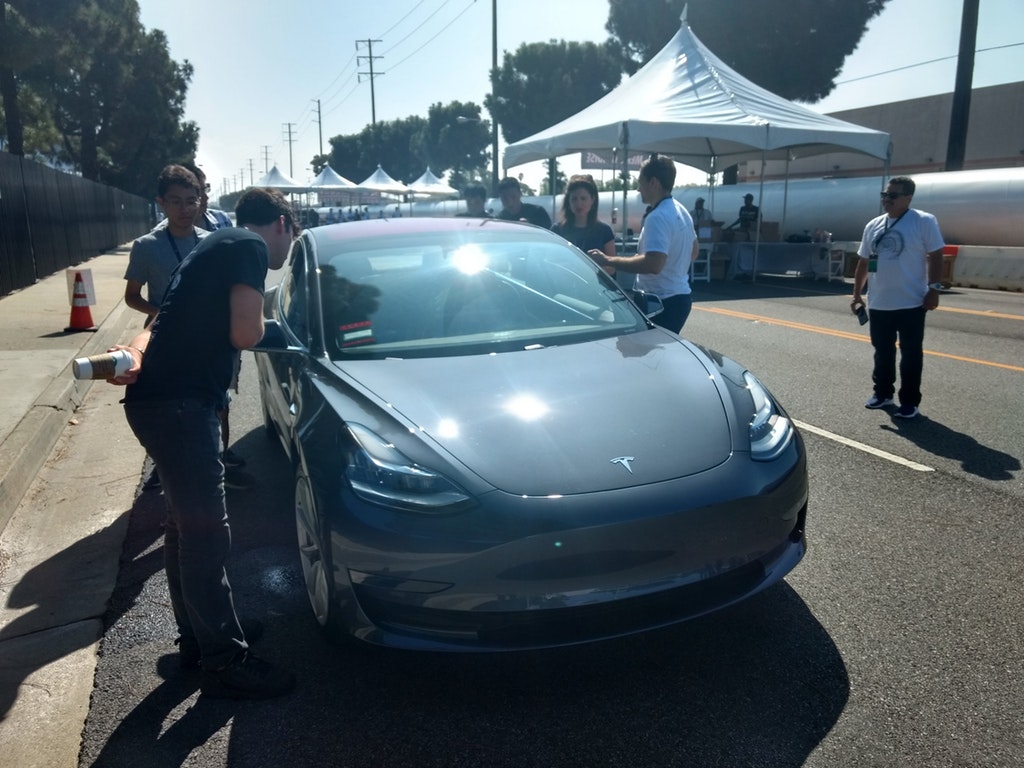 It’s still far too little data to have a good idea of if Tesla is on track with Model 3 production and its goal of ~1,500 deliveries during the third quarter, which ends next month.

According to Tesla’s expected production ramp, October is to be when Tesla starts to more significantly ramp up deliveries and open access to regular customers, but Musk emphasized that the S-curve is difficult to predict thanks to the “production hell”.

How do you feel about Tesla’s delivery goals for the third quarter and the end of the year? Let us know in the comment section below.