Someone paid over $100,000 for this ridiculous-looking all-electric BMW i3 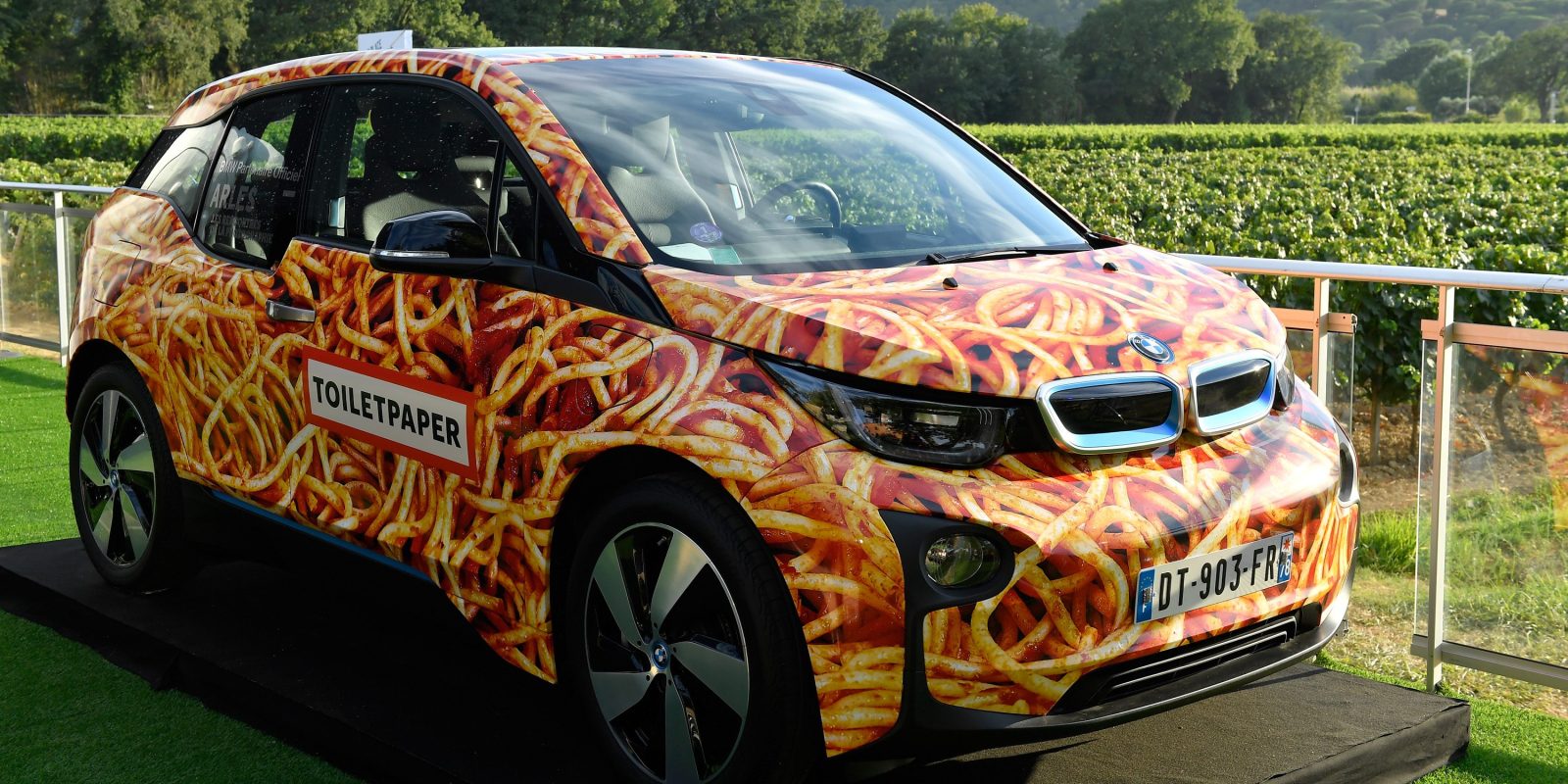 The all-electric BMW i3 is already considered weird-looking for a lot of people, but at ~$43,000, it can be reasonably priced after EV incentives.

Now someone was willing to pay a lot more for an even more ridiculous-looking version of the electric car.

At Leonardo DiCaprio Foundation’s (LDF) Fourth Annual Saint-Tropez Gala this week, a Swiss collector paid €100,000 (~$117,000 USD) for a BMW i3 with a wrap designed by Maurizio Cattelan and Pierpaolo Ferrari of TOILETPAPER after some “intense bidding” for a good cause.

“The BMW i3 “Spaghetti Car” was created by Maurizio Cattelan and Pierpaolo Ferrari on the initiative of BMW France and the Rencontres d’Arles, BMW partnered for 8 years. The donation of this unique work for the Foundation’s annual charity gala in Saint-Tropez reflects once again the company’s culture: daring, innovating, creating in complete freedom, in a responsible and sustainable spirit.”

Here are a few pictures of the car: