Tesla Model 3 spotted performance testing just ahead of the launch 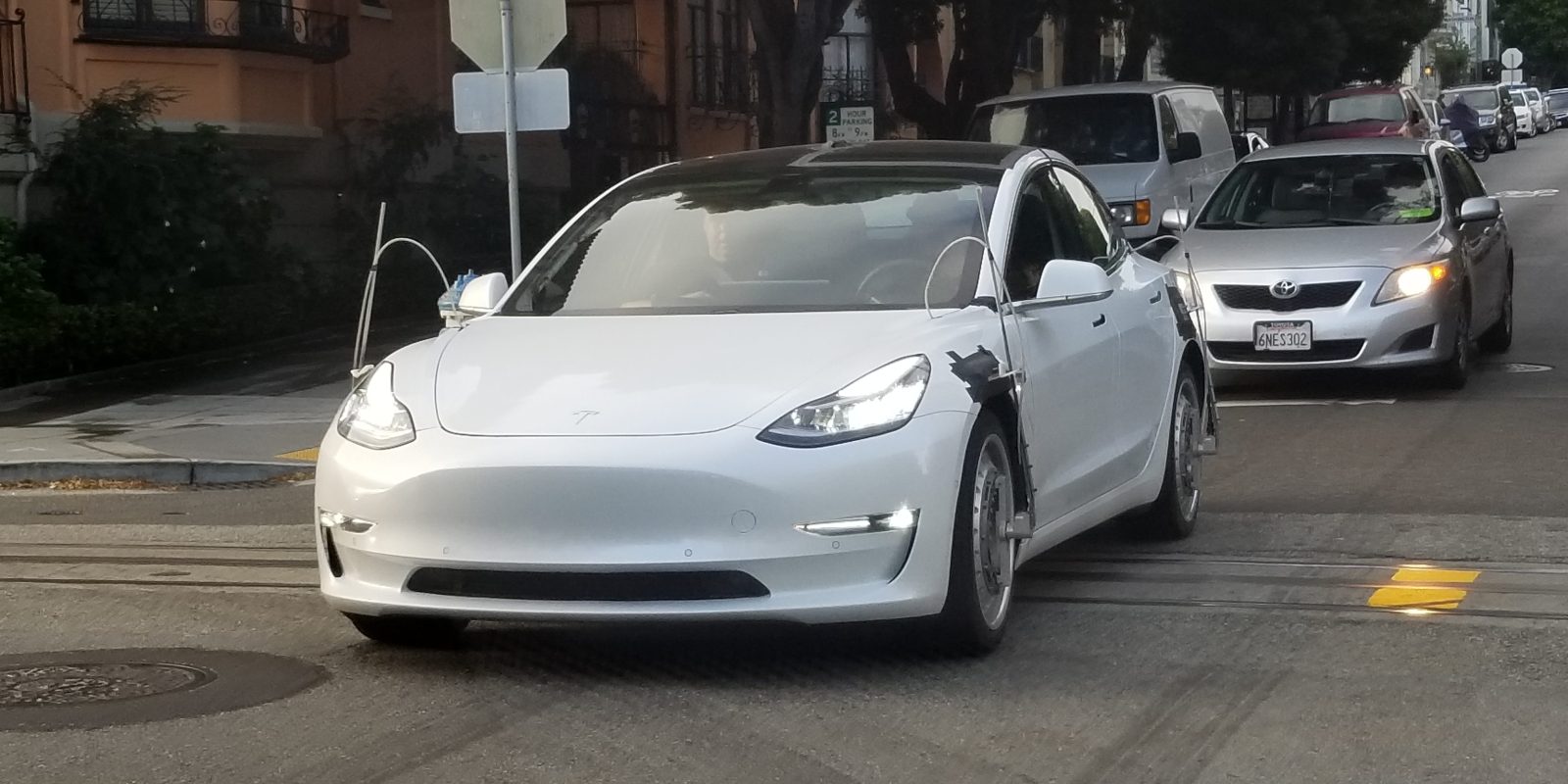 We are only a few days away from the official reveal of the production Tesla Model 3 and sightings of prototypes, release candidates and production units have been multiplying.

Like we reported earlier, there’s not a lot of room for surprises after some good looks at the first few production units and release candidates, but we should get the full production specs of the car.

Ahead of the event Friday and the first 30 or so deliveries, Tesla appears to still be performance testing and/or tuning the vehicle.

He sent us a few pictures of the car:

Those sensors can be used for force measurements in order to tune the performance of the vehicle, model tire usage, calculate efficiency, and other things.

Tesla is expected to release more detailed performance specs of the different versions of the Model 3 at the event on Friday. So far, the company has only confirmed a “0 to 60 mph acceleration in 5.6 seconds” and a range of “over 215 miles” for the base version of the car.

We expect the Model 3 to surprise in term of performance – for its segment, but also for electric cars in general. Tesla designed a new drive unit from the ground up for the vehicle and as we previously reported, early results were impressive.

The power electronics for the standard electric motor enabled a capacity over 300kW – putting its power capacity near Model S level. Information we received also suggested that the Model 3 drive unit would also represent a significant efficiency and cost improvement.

Tesla recently upgraded its Model S and Model X in order to increase their performance and further differentiate them with the upcoming Model 3. While the base version will feature a 5-second acceleration to 60 mph, the higher-end versions of the Model 3 will feature much better specs, even its own Ludicrous mode, according to CEO Elon Musk.

Hopefully, Tesla will still reveal the details of the dual motor version in order for Model 3 reservation holders to make an informed decision about converting their reservations into orders or wait for the higher-end versions of the car.

What do you think? What feature would make you wait for a Model 3? Let us know in the comment section below.