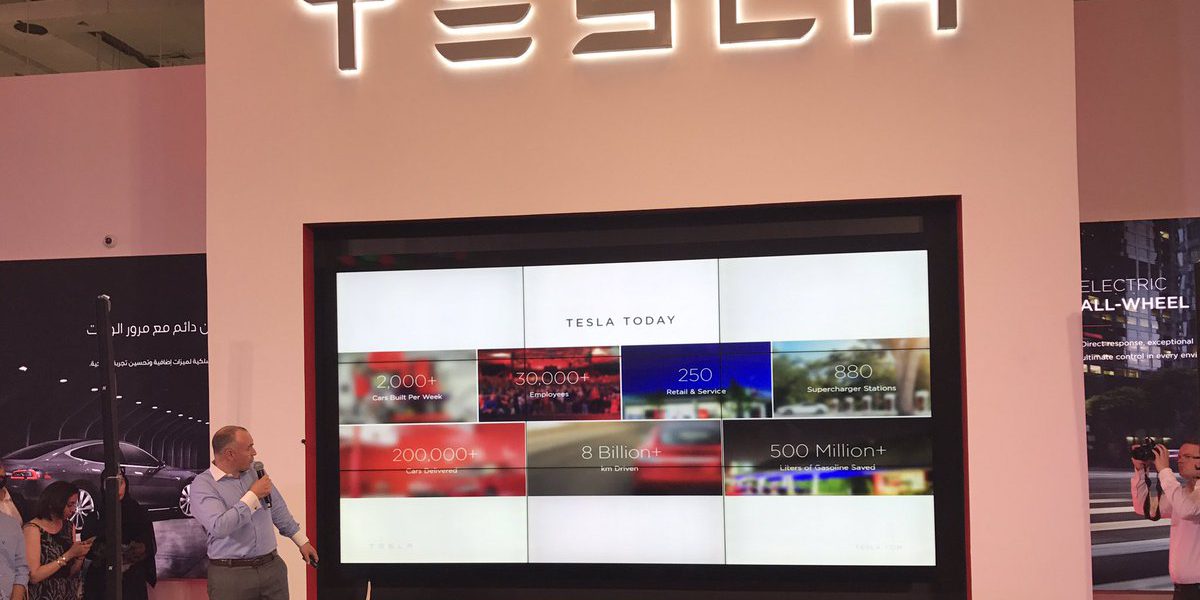 With more and more vehicles on the road, Tesla’s global fleet is quickly accumulating electric mileage and replacing gas-powered miles.

Tesla has now confirmed that its fleet reached over 8 billion km (roughly 5 billion miles) – equivalent to 17 roundtrips between Earth and Mars.

Back in October 2016, we reported on Tesla reaching the 3 billion electric mile milestone and the company’s global fleet has managed to add 500 million in less than 3 months – bringing the total to 3.5 billion in December and another half a billion more by March 2017.

But now, Tesla’s more than 200,000 vehicles on the road have added another billion miles over the last quarter.

Peter Bardenfleth-Hansen, Tesla’s General Manager of the United Arab Emirates, confirmed the news during a presentation at the launch of Tesla’s new Dubai store today. Here’s a picture via Tesla UAE Fan on Twitter: 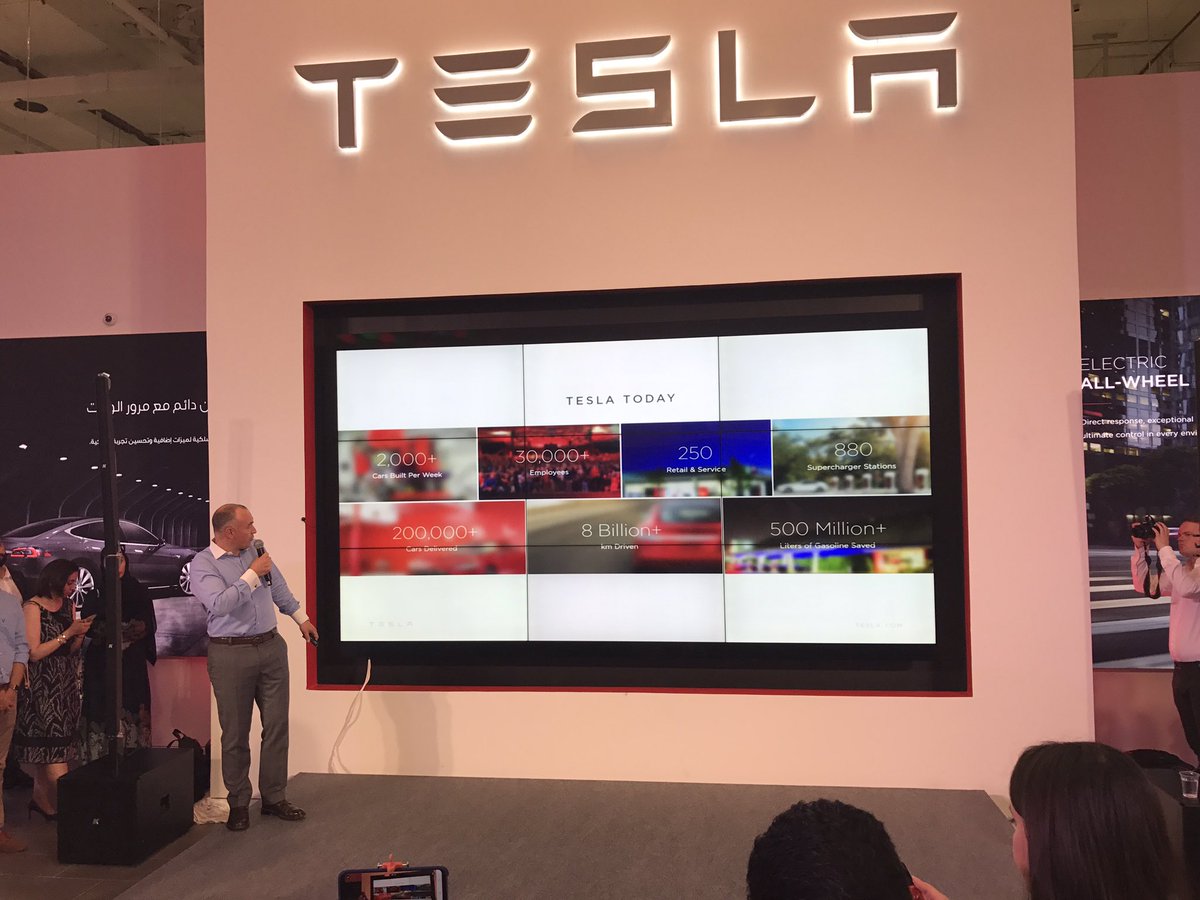 Of course, the number is expected to keep increasing exponentially as Tesla keeps delivering more and more vehicles.

A similar situation is expected to happen with the Model 3, which should in turn eclipse the Model S/X fleet.

Nonetheless, Tesla expects to add more Model S/X during the second half of the year than Model 3 since production volumes could be slow in the next few months.

The United Arab Emirates could actually help Tesla maintain its Model S/X volume during that time. The company only recently started deliveries in the market. A few hundreds of new Tesla Model S and Model X vehicles were spotted arriving at the port of Dubai last month.

Tesla put one of its top sales manager in charge of the market, Peter Bardenfleth-Hansen, who has been with Tesla since 2010 and led sale operations in Nordic countries, where Tesla had some significant successes, like in Norway, Sweden, and Denmark.

During the presentation, Bardenfleth-Hansen called Dubai a “beacon city for sustainable energy”, something Tesla CEO Elon Musk used to call Hong Kong, and he highlighted how it is an important market for Tesla. Here are a few mores pictures of his presentation via Tesla UAE Fan on Twitter:

The presentation was held at Tesla’s new store in the city. They have taken over a building previously occupied by a Porsche dealership located on Shiekh Zayed Road, which is one of the busiest roads in Dubai. It’s near the Burj Khalifa metro station.

As you can see, the launch attracted a lot of people:

The retail location should help Tesla build on its already existing customer base in UAE since owners have been independently importing Tesla’s vehicles for years.

Furthermore, there’s also going to be fleet deployment in Dubai. Musk signed a deal with Mattar Al Tayer, Director General and Chairman of the Board of Executive Directors of the Roads and Transport Authority (RTA), for 200 Tesla vehicles to be used as taxis in order to eventually create a new self-driving fleet once Tesla enables its ‘Fully Self-driving Capability’ feature.