Chevy Bolt: Here are 10 things GM could and should do to improve its flagship EV right now

I’ve now had my Chevy Bolt for about 3 months and I’m still love with the car with every new day. However, there are some things that either have irked me from day one or that I’ve found bother me over time. In a lot of ways, the Chevy Bolt EV just works exactly like it should. Plug it in at night, you have 238 miles of range every morning. But like everything else, there are a list of areas that could use some improvement.

1. Dealerships. This outdated business model is the majority of Chevy’s problem and could easily be half of this list. Where to start? The overarching problem is that dealers aren’t incentivized to sell EVs. This seems like a catastrophic problem for Chevy to me: Dealerships are the customer’s interface to Chevy and that experience is totally out of Chevy’s hands.

If dealers want to sell a bunch of ICE combustion engine trucks that require a lot of maintenance, there’s not much Chevy can do about it. In my experience, Chevy dealers have been horrible at selling electric vehicles. They lack knowledge, showroom space, ability to educate, charging infrastructure and trained/motivated employees. Chevy has been unable to provide any evidence that this will ever change even though it is a huge obstacle in selling EVs.

I really think GM should either revitalize its Saturn brand for EVs or start up a new brand or sub-brand within Chevy that can be dedicated to EVs only. Until this happens, dealers will try to steer customers away from EVs.

By the way, I still get robo/calls and emails from my Chevy dealership about once a week for marketing or other purposes. I hate them.

2. Fast charging infrastructure – Chevy is not only lacking fast charging infrastructure, but also has no public roadmap to getting there. That’s a shame because they have a network of thousands of dealers spread out throughout the country (usually off highways/intersections) which should be already incentivized to have fast charging stations to sell more cars. You’d think it would be a no brainer to have a 55kW+ charger at every one of them. If for no other reason, you have a EV owner on your lot for an hour at a time – you can try to sell them another EV.

But what if Chevy built owners lounges at these Fast charger stations? What a great way to create brand loyalty and get a customer for life?

Amusingly, a Chevy rep told me that he couldn’t make it home for Christmas via Detroit – > Chicago corridor in a Bolt because there were no fast charging stations en route and they are of course powerless to change that.

Chevy must rely on ChargePoint, EVGO and other networks for fast DC charging. The problem here is that these companies only want to put charging stations in highly populated areas because they want people to be around to use them. However, getting across the country requires remote station locations where installing/maintaining a charging station is extremely expensive and probably cost prohibitive if your goal is only to make money on charging stations.  If your goal is to give your owners freedom to travel anywhere in the country (see: Tesla) then these remote charging stations get built.

I’ve personally used NRG EVGO and hated the experience. NRG cuts off after a half hour requiring me to return to the station to initiate the charge again (and of course get billed twice or three times!) and their technology is in the dark ages (no app?!), and is again way overpriced to the point of gouging.

3. DC Charging capped at 54kW which will put 90 miles on a Bolt in a half hour. This one is a bit of a head scratcher because brakes regen-ing can charge the car at up to 70kW (which puts the theoretical maximum the batteries can take to 120 miles in a half hour). It would seem that 70kW would be a good baseline charge speed, but others are coming out way higher. Even the $30,000 before incentives Hyundai IONIQ with its less than half sized 28kWh battery can charge at 100kW. As newer 150kW and up DC charging options become available over the next few years, the Bolt’s slower charging speed will become a legacy issue. 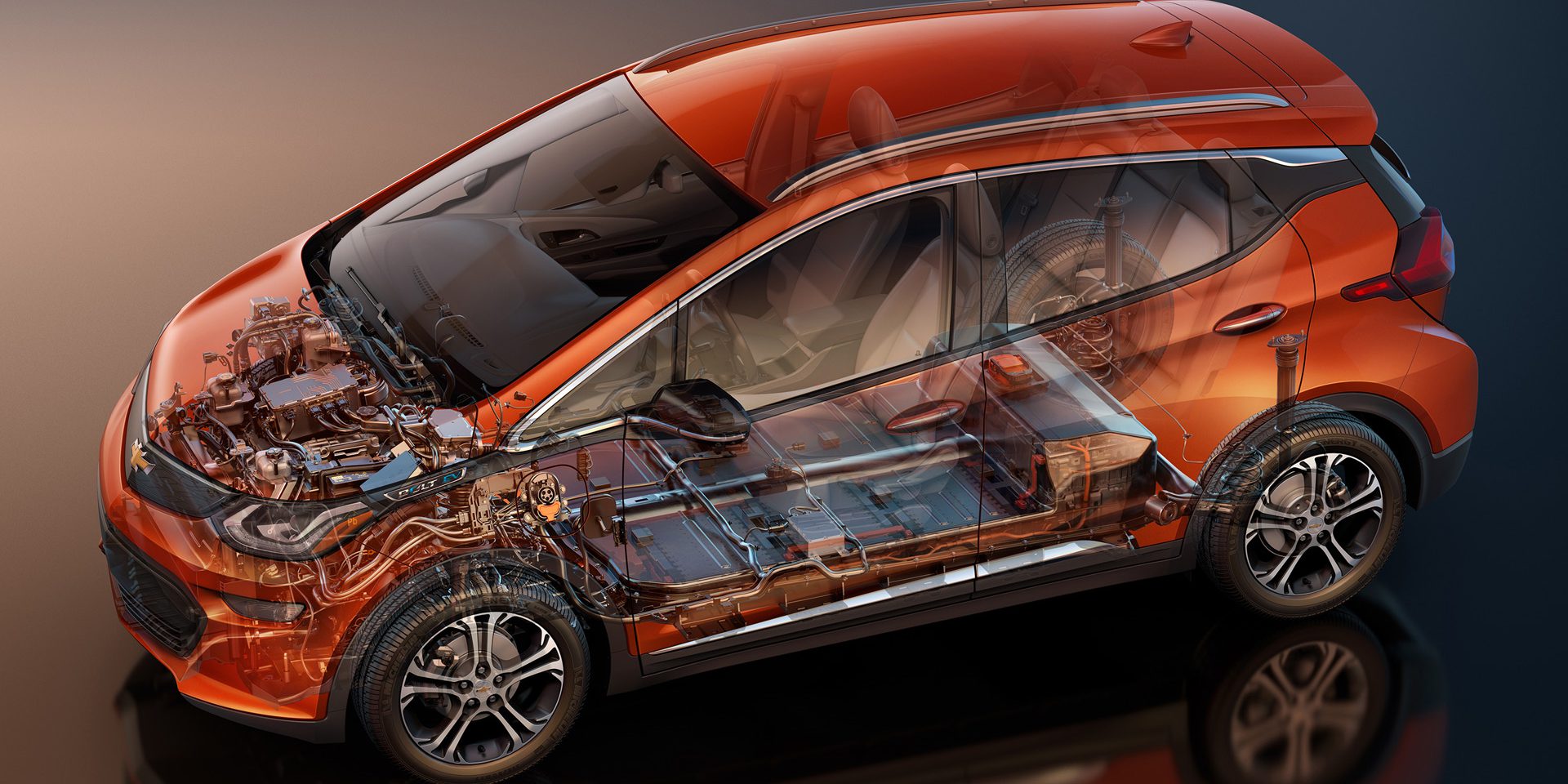 4. Tires – I know Chevy focused on range with these low rolling resistance tires but they aren’t always up to the task of handling the 200 horses and 260lbs/foot of torque under the hood. On slightly wet pavement you need to ‘temper your enthusiasm’ – otherwise, chirping out at the local supermarket or after school event (to glares from other parents) isn’t uncommon.  Even some loose gravel or smooth pavement has yielded the spins when accelerating from a stop at times. That in turn inspires less confidence when pulling out of a driveway onto a busy intersection or even on curves in the rain.

I feel like the current tires should be the base model, then maybe some nice all weathers that bring the mileage down to 215 miles or so (and then of course winter tires are a complete wildcard at this point). I will say that the Bolt tires, while a smaller diameter than the comparable BMW i3 aren’t comically thin like they were taken from a motorcycle. 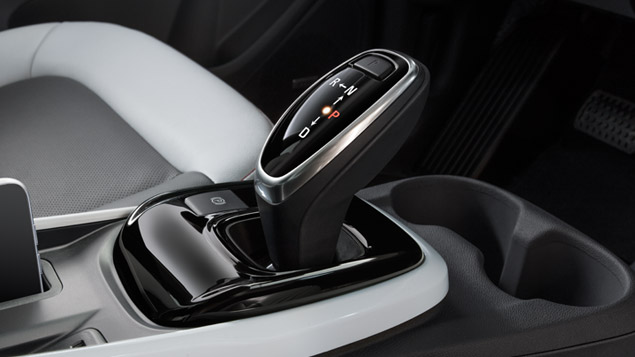 5. Gear shifter – Man, for a car so well designed, one of its primary interfaces is so flawed. First of all, you must grab the side button to shift into reverse or drive which adds a level of complexity and muscle memory to the task. After 3 months, I’m still missing this button especially when going between drive and reverse. There also should be some tactile feedback when shifting out of Park so that I know if my button press worked or not.

But here’s the kicker: you should never go into Drive, you should go into Regen which GM weirdly calls “L” like on a 4×4 truck low gear.  This should be the default drive mode. Maybe using regular D mode for the 1st few weeks makes sense to get used to the Bolt, but no one I know doesn’t use the Regen. 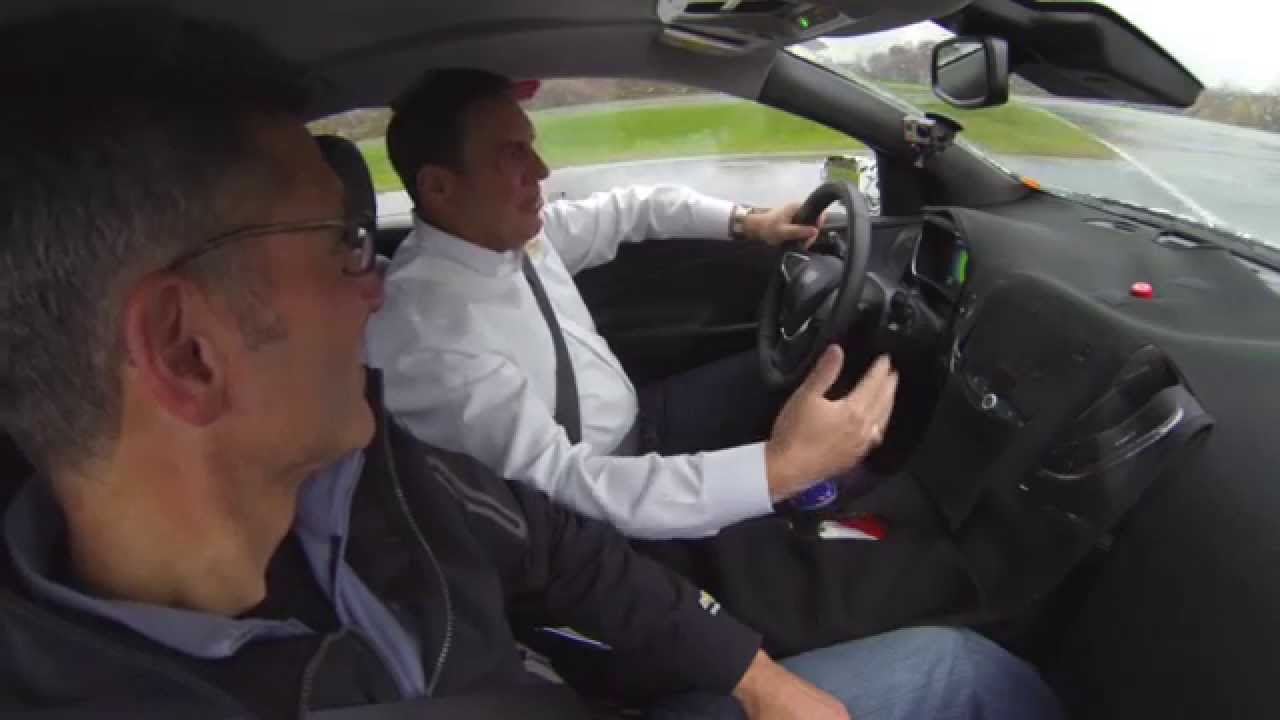 6. Regen Paddle –  I love the regen paddle! I almost never touch my brakes because L mode+ regen paddle = complete stop in all but emergency situations. BUT! I wish the paddle was a more immediate and smooth braking force. As it stands, you hit the paddle, wait a second then wham- start slowing down. A much better approach would be an immediate gradient of regenerative braking. 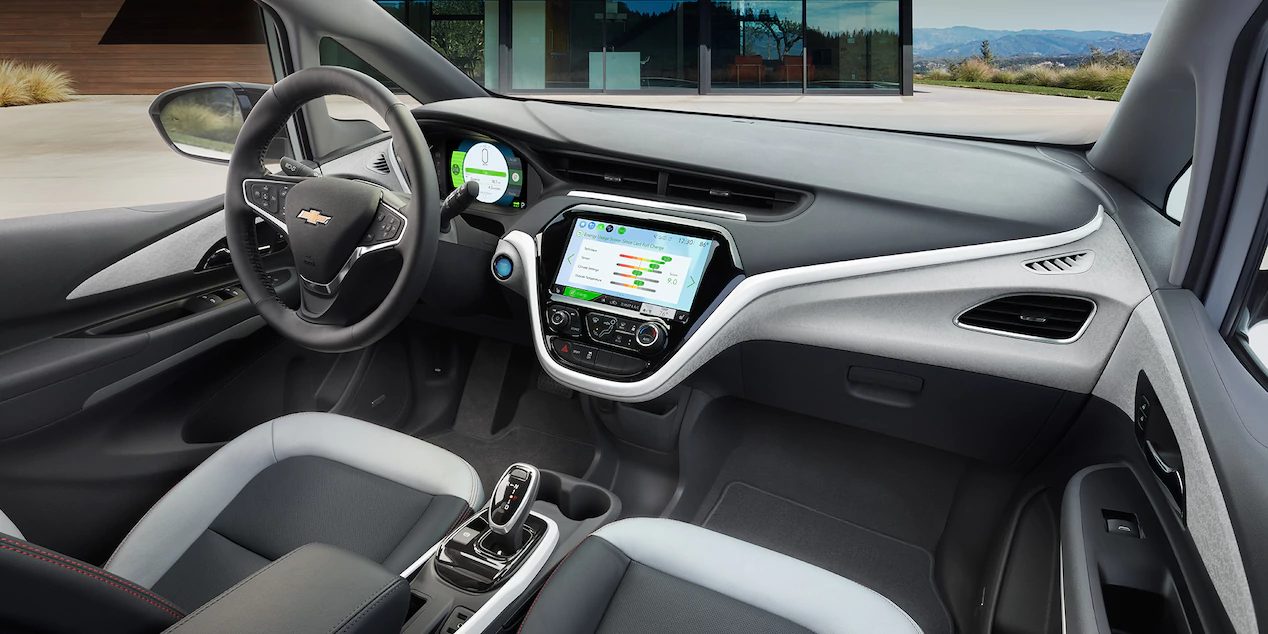 7. Plastic interior vs. a more luxury appointment. I’m totally fine with the overwhelmingly plastic interior of the Bolt, but to grow marketshare, GM is going to need to dress this up and go for the more sophisticated look. I can’t believe I am saying this but perhaps going in the direction of the Cadillac ELR or a Buick variant would make some sense here? Actually, GM should just create an EV brand like I said in point 1 with the gamut of interiors from basic to sporty to luxury. 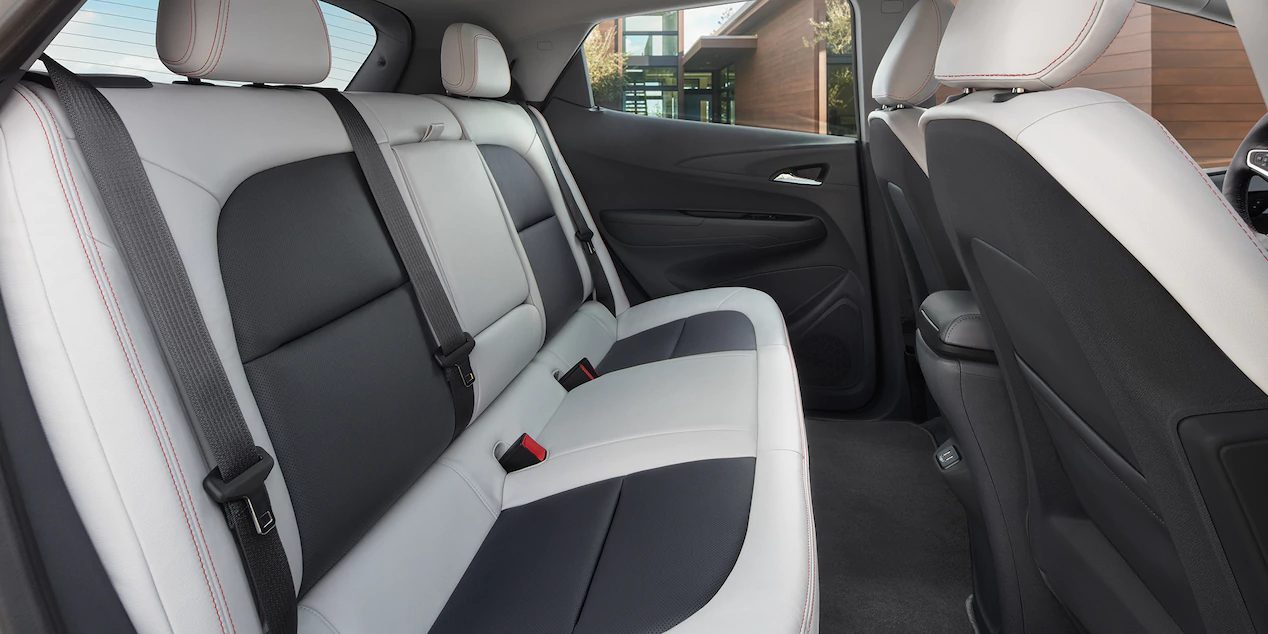 8. Seats – I enjoy the option of being upright with the headroom for days, but the seats are narrow overall which can be tiring on long trips or even on roads with lots of cornering.  I never feel 100% relaxed and comfortable in them and I think there’s some improvements that could be done here. Also the manual adjusting is pretty bad. The forward and back slider is pretty standard but the dual pump-action height and recline are confusing at best. Also, shouldn’t we aspire to have seating profiles for multiple drivers at least in the high-end version of the car?

9. Infotainment. I love Chevy’s implementation of Android Auto/CarPlay (though I’ve experienced crashes on both platforms) but I wish those USB ports charged at 2.1-2.4A instead of 1A. My phones barely keep a charge while plugged in and simultaneously doing navigation and music. I find myself needing a lighter 2.4A USB adapter to keep the phone charged on long trips.

Speaking of charging, the wireless charger dock is too small for my Plus sized phone with its case on. Derp. Even if I’m not charging, it should fit bigger phones.

Also, while I love and prefer my phone’s Maps, I think there should be a default internal option (besides calling OnStar). Currently, the Bolt doesn’t have an internal maps option if you don’t plug in your phone. CarPlay/Android Auto over Bluetooth would also be nice.

10. OK I couldn’t come up with 10. I want to re-iterate how great of a car the Chevy Bolt EV is. Except for the quibbles above, it works so well. I’m hoping Chevy can address these issues, especially the low hanging fruit. Oh and advertising and marketing? Maybe throw some money there so I don’t have to explain to everybody on earth why this is such a great car.