Ohio-based commercial truck maker Workhorse showed off its W-15 electric truck – which could end up being the first electric pickup to market – in early May at the Advanced Clean Transportation Expo in Long Beach, California.

An executive says the company has now transitioned from having a concept vehicle to showcase and begun moving into production mode. That’s according to Workhorse’s business development manager John LaFleur, who added the company is deep into the engineering and design phase, currently finalizing elements like the chassis design and composite body structure.

Workhorse CEO Stephen Burns said during the company’s first quarter investor conference call May 10 that those pre-orders represent about $240 million at current suggested prices. He added that the company’s goal is to begin initial production of the W-15 in late 2018, and that the pickup is being designed and engineered such that it can be built in Workhorse’s existing facilities using existing labor and vendor-supplied resources.

As for what makes the truck special?

The W-15 bills itself as potentially the first plug-in range-extended electric pickup truck that’s built from the ground up by an OEM. It will have an expected 80-mile battery range, but if needed an on-board gasoline generator will kick in once battery power has been depleted so that fleet drivers can continue on with their ride. 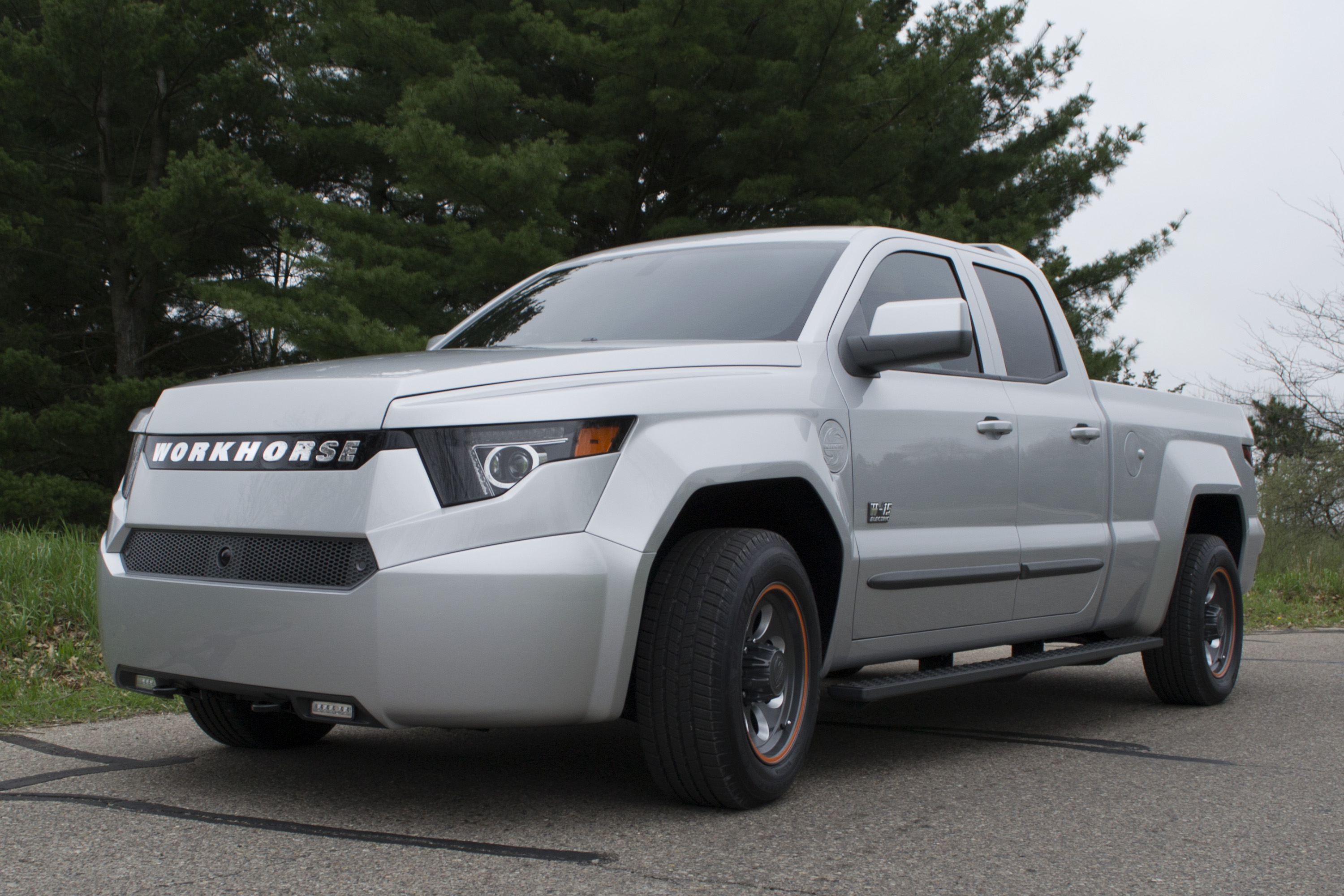 “What makes us special is we’re not going after an all-electric vehicle – like, say, a Tesla, where they’re looking at that larger-volume consumer product that uses an all-electric system,” LaFleur said. “We feel like the niche we’re going after is a perfect fit for our range-extended design – a range-extender generator, instead of trying to do everything all-electric. And it gives us the ability to get a price point and get the cost of the truck down so we can compete at that $52,500 level.”

Among the W-15’s other features, the W-15 is powered by a Panasonic Li-ion battery pack, much like Tesla’s vehicles. The truck also comes with an external 7.2 kw power outlet providing up to 30 amps at 240 volts directly from the vehicle battery pack. LaFleur adds that the company’s projection is for the W-15 to have the ability to handle a payload up to 2,200 pounds and a towing capacity of “4,000, possibly 5,000 pounds” similar to a Ford F-150, a Silverado 1500 or Tesla Model X.

LaFleur also points out the W-15’s 4-wheel independent suspension. And because the battery pack is centrally located in the vehicle, there’s a much more even distribution of weight. Other features include a touch-screen user friendly dashboard and regenerative braking.

Also in May, meanwhile, Workhorse and Ryder System Inc. announced a 10-year strategic partnership agreement that calls for Ryder to become the primary distributor and provider of service and support for Workhorse’s light and medium duty range-extended electric vehicles in North America.

About the partnership, Burns said it represents a big step forward for Workhorse as it seeks to transition to commercial scale. In a statement, he added that his company believes the partnership also opens up distribution to a broad selection of national, regional and local fleets that want to save fuel and on maintenance costs.

“So where we are now is we’ve launched,” LaFleur said of the W-15. “We’ve got Ryder as our sales and service partner. They’ve also committed to purchasing a fairly large number of vehicles as well as being our service provider. They’ve got about 800 locations around the country, so it’s a big plus to have them along with us.”