After billionaire venture capitalist Marc Andreessen made the case that Tesla is to automakers what Apple was to Nokia circa 2007, now Facebook millionaire turned venture capitalist Chamath Palihapitiya is making a very convincing case about Tesla looking like Apple during the pre-iPhone era.

Earlier this month, during the Sohn Conference, where Wall Street’s most successful investors offer their expertise and pitch stocks, Palihapitiya decided to pitch Tesla as an investment.

The conference released his presentation (embedded below) last week and it draws some interesting links between Tesla and Apple.

“What Apple did was create a tailwind of demand. Now let’s ask ourselves, is Tesla running the same playbook?”

He described how both Tesla and Apple, with the iPhone, sold into a fragmented, undifferentiated market and managed to quickly gain significant market shares.

The investor compared the iPhone’s growing market share with the Model S:

We recently reported that Tesla’s Model S outsells Mercedes S-Class, Porsche Panamera, and BMW 6/7 Series combined in the US.

He sees the Model X also having a similar impact in its own segment and he thinks the Model 3 is already stealing sales from competitors even before they start deliveries:

Palihapitiya makes the case that Tesla’s sales are actually tracking ahead of Apple’s during the early days of the iPhone. 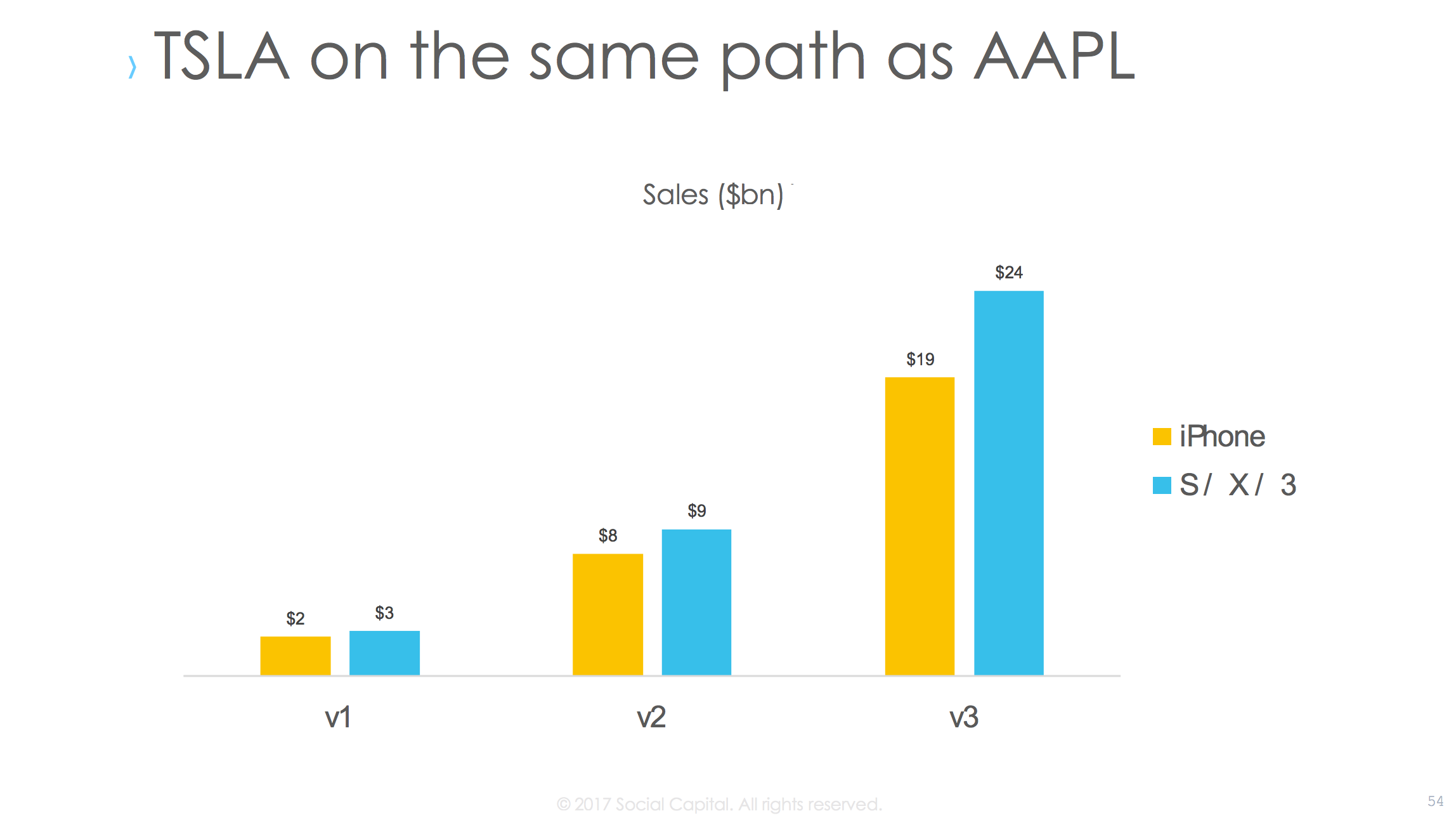 He believes that Tesla could eventually even grab a 5% market share of the entire automotive industry.

Tesla’s current market share is barely a tenth of one percent, but the next 10 years could change that: 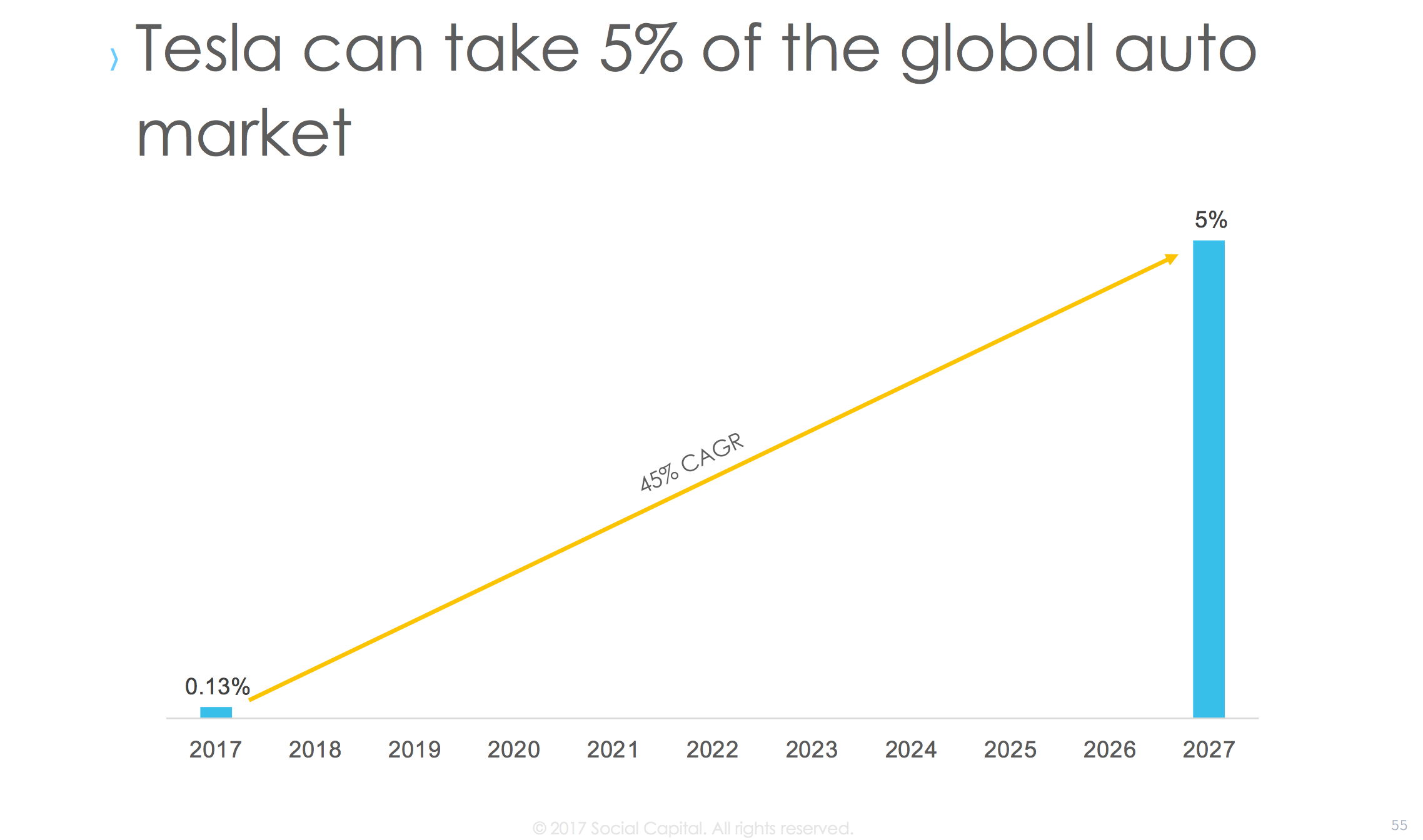 Furthermore, he compares the two companies on their product expansions and vertical integration.

He compared the way Apple went into retail, designed semiconductors, and leverage its new mobile hardware to develop software products like the App Store, to Tesla’s own similar efforts.

The presentation makes a very interesting argument. It’s worth a look. Here it is in full: