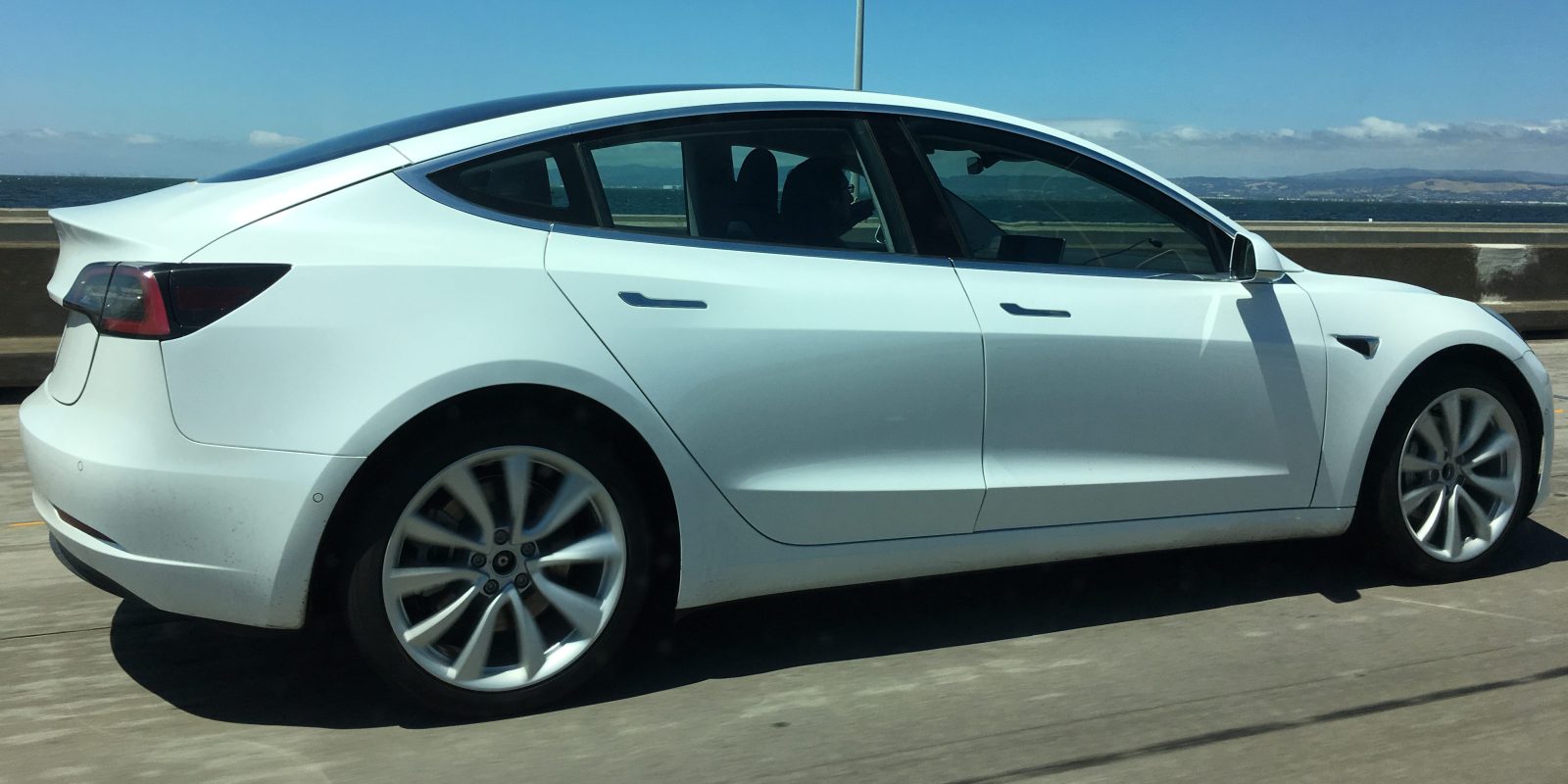 As Tesla gets closer to the start of Model 3 production, it seems like its release candidate testing program is accelerating.

The automaker received new prototypes at its headquarters and now we get one of our best looks at one so far with a video of the vehicle being tested in San Mateo.

Since we have relatively little footage of them – though it’s increasing fast – the Model 3 appears different with almost every new sighting.

Of course, the fact that Tesla is testing them at different stages of readiness also makes a difference, but they should all be fairly close to the production version, which is due in less than 2 months, according to the company.

Several white Model 3 release candidates were spotted recently and one was even spotted being delivered at Tesla’s HQ in Palo Alto earlier this week (pictures via Sugi Widjaja):

The vehicles are being built using production-intent tooling at Tesla’s facilities in Fremont, but the company apparently made its HQ in Palo Alto its base for testing. The same thing happened during the Model X beta program.

The day after the new prototype was being delivered in Palo Alto, Northern California Dashcam spotted a white Model 3 release candidate being tested around the San Mateo Bridge.

They managed to get a few good shots of the interior of the prototype and even of the Model 3’s turn signal in action:

Unfortunately, the user interface is still not visible from the angle and it’s likely something we will have to wait for the official production version unveiling in order to see in details.

Northern California Dashcam also got a good 68 seconds of the vehicle being driven around on video:

Significant panel gaps are still visible on the prototype, but that’s why the release candidate program exists – to correct fit and finishes, among other things.

Tesla says that they are still on schedule for Model 3 to be in low volume production in July.

The company recently took delivery of a massive shipment of robots for the Model 3 production lines and based on its parts orders to suppliers and internal teams, the company expects to ramp up production of the $35,000 all-electric sedan to 5,000 units per week by September.