The Electrek Review: Can the 2017 BMW 330e Plug-in Hybrid bridge the ICE and EV gap?

“Charging is optional, thrilling is not.” it says on the BMW iPerformance website. A bold statement but one that is unfortunately true. The regenerative brakes charge the battery, so you don’t necessarily have to charge it, and the 330e is indeed a thrilling ride. However there are so many questions: Is the 330e still the Ultimate Driving Machine? Did BMW successfully bridge the gap between a sports sedan with an internal combustion engine and an electric vehicle? Can it drive like an EV in urban environments and still provide a thrilling drive on backroads while being somewhat frugal on gas? Is the BMW 330e the ultimate hybrid or an overpriced Prius on steroids?

Keep reading and find out our conclusion after putting this car through its paces.

With the recent introduction of the 530e, BMW’s iPerformance line-up now covers the whole spectrum. Apart from the five series, it now includes the 740e xDrive, the X5 xDrive40e, the i8 and of course the BMW 330e iPerformance. The vehicle that we were testing this week.

From the outside, the 330e has the sharp looks you’d expect from a 3-series. A long bonnet and short overhangs give it the appearance of a real sports sedan. Only the lid that hides the charge port behind the left front wheel, the badges on the C-pillars and the 330e on the back of the car indicate that this is not your regular three series. Other than that it looks like any other three, which in my opinion is not a bad thing at all.

Under the aggressively styled hood, we find the 2.0 liter turbocharged four cylinder engine, that we know from the 320i. It alone is capable of generating 180 horsepower and 200 lb-ft of torque. Once you add the power output from the electric engine, these numbers go up to 248 horsepower and 310 lb-ft of torque. Enough to make the 330e a very capable sports sedan; however, the electric engine and batteries add 600 pounds to the car when compared to the 320i. The battery pack is located underneath the rear seats to keep the center of gravity low. As a result of this the fuel tank has shrunk to 10.8 gallons from the normal 15.8 gallons. Compared to the 320i, which has an ideal weight distribution of 50/50, the 330e has 48.6% over the front axle and 51.4% over the back. Still very close to the ideal, in my opinion. The extra weight of the battery and electric engine does not seem to slow the car down much, but it does affect the handling to a degree. The car feels a little heavier and slightly more unwilling to change direction quickly on the twisties than a regular 3 series.

The BMW 330e offers three different driving modes through the eDrive button on the center console. The car will start by default in the Auto eDrive setting. In this mode, the BMW will behave like a hybrid where the gasoline engine and the electric motor work seamlessly together to balance performance and fuel efficiency. According to the BMW website, this combination will deliver 71 mpge or in our real-world driving about 30 mpg. When you start the car and pull away, power will be provided by the electric engine only, unless you floor it in which case the gas engine will kick in right away. If you drive off using only the electric engine and reach 50 mph, the gas engine will kick in. If it is a gradual rise it speed, the ICE is barely noticable. Only the tach needle suddenly comes alive.

The second mode is the Save Battery mode. With this mode selected the car operates like a regular 320i. Power comes purely from the four-cylinder turbocharged engine, which now not only powers the vehicle but also recharges the battery. Without the added power from the electric motor, the car will be a little bit slower but not by much.

Max eDrive is the last mode that the 330e offers. It is the electric only setting and will allow the car to reach the top speed of 75 mph for up to 14 miles. During our testing in this mode, we were able to cover a distance of 23.5 miles at an average speed of 50 mph. More than is advertised by BMW but not nearly enough to make this car functional as a real EV. Charging the car at home with a conventional 120-volt plug will fully charge the 7.6 kWh air-cooled lithium-ion batteries in about six hours. Fast charging at 240-volt will bring this down to about two and a half hours. BMW does supply a 240-volt fast charging i Wallbox for around $1,000 plus installation. When on the road you can charge the car at the ever growing number of public charging locations, which you can find on the 330e’s ConnectedDrive app. The 330e uses regen to recoup some of the energy otherwise lost, when lifting off the throttle or when braking in all 3 modes. 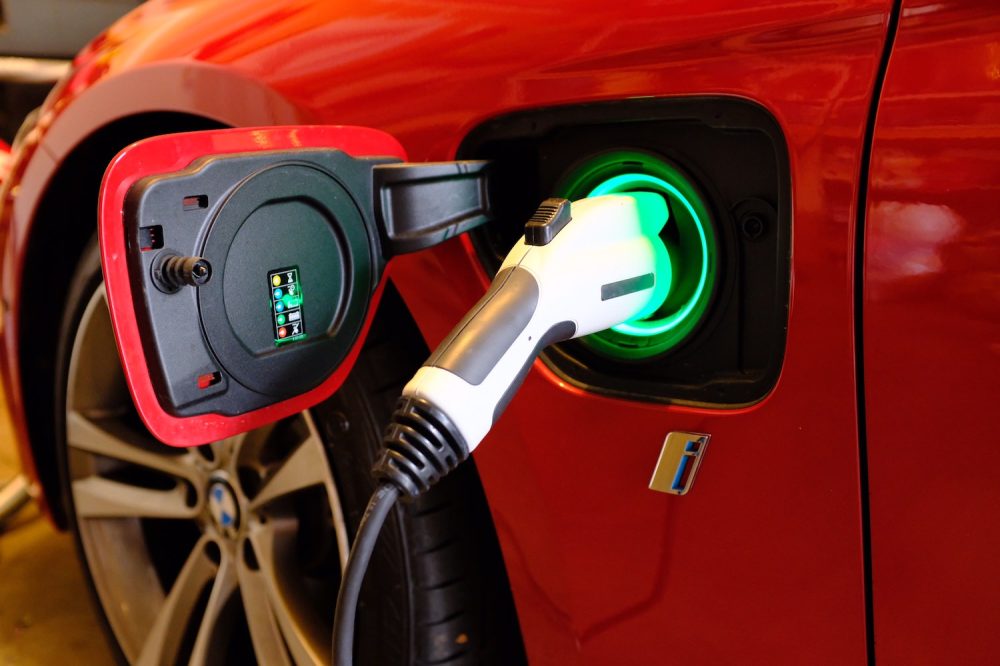 Our test car came very well equipped with the optional premium, cold weather, driving assistance plus and technology packages, including GPS navigation, side view cameras, parking sensors, adaptive cruise control, lane departure warning, as well as a sunroof and a Harman Kardon sound system. The base price for a 330e starts at around $44,100 and tops out at about $62,345 when you tick all the option boxes. Ours was priced slightly below $60,000. The interior design maybe a little less luxurious than the latest models from Audi and Mercedes-Benz but still looks very nice. Everything that you touch, feels soft and the materials used are all high-quality. The doors close with a solid thumb. The car drives fast, steers well, brakes well and responds well to driver’s inputs. BMW knows what it’s doing when making a sports sedan, and the 330e is no different. It drives like a BMW should.

Does the 330e make any financial sense? On paper, not really. When you compare it to the 320i, the 330e will cost you an extra $10,550 for an additional 8 miles per gallon. With the current gas prices, it would take decades and a lot of driving to recoup that investment. From an economic point of view, this car only makes sense when you either live very close to work and can drive it in the full 75hp EV mode almost all the time and only use the gas engine on the occasional road trip. However, if you do this, you will not be able to enjoy much of the ‘sport’ this sedan has to offer. Or, and this maybe the other option, when you can get such a great deal on a lease, that this car starts to make financial sense.

I started this article by asking if BMW can successfully bridge the gap between ICE and EV with the 330e Hybrid. To be honest, I don’t think so and let me explain why.

So, in conclusion, I think the 330e represents a missed opportunity for BMW. With the knowledge and technology of the i3, BMW should have been able to make a real EV out of the three series, with a range extender if needed. My guess is that BMW may have been afraid to alienate the long-time BMW buyers, who may think they prefer inline sixes but based on the staggering number of reservations for Tesla’s new Model 3, I am not so sure if this fear is justifiable. The $30,000 (after incentives) Chevy Bolt offers a 200 horsepower engine and 60kWh battery pack for crying out loud. This should be a base line for BMW’s EVs.  It seems to me that the world is more than ready for an electric sports sedan and sadly for BMW that honor will almost certainly be going to Tesla instead.

Instead BMW is offering a series of poorly chosen (IMO) compromises and outdated thinking. The car shouldn’t have to switch from electric to gas to get thrills. EV owners know that actually its just the opposite

Please comment below and let us know what you think about the BMW 330e and the impact the upcoming Tesla Model 3 may have on sports sedans like the 3 series, Audi A4 or Mercedes-Benz C class. 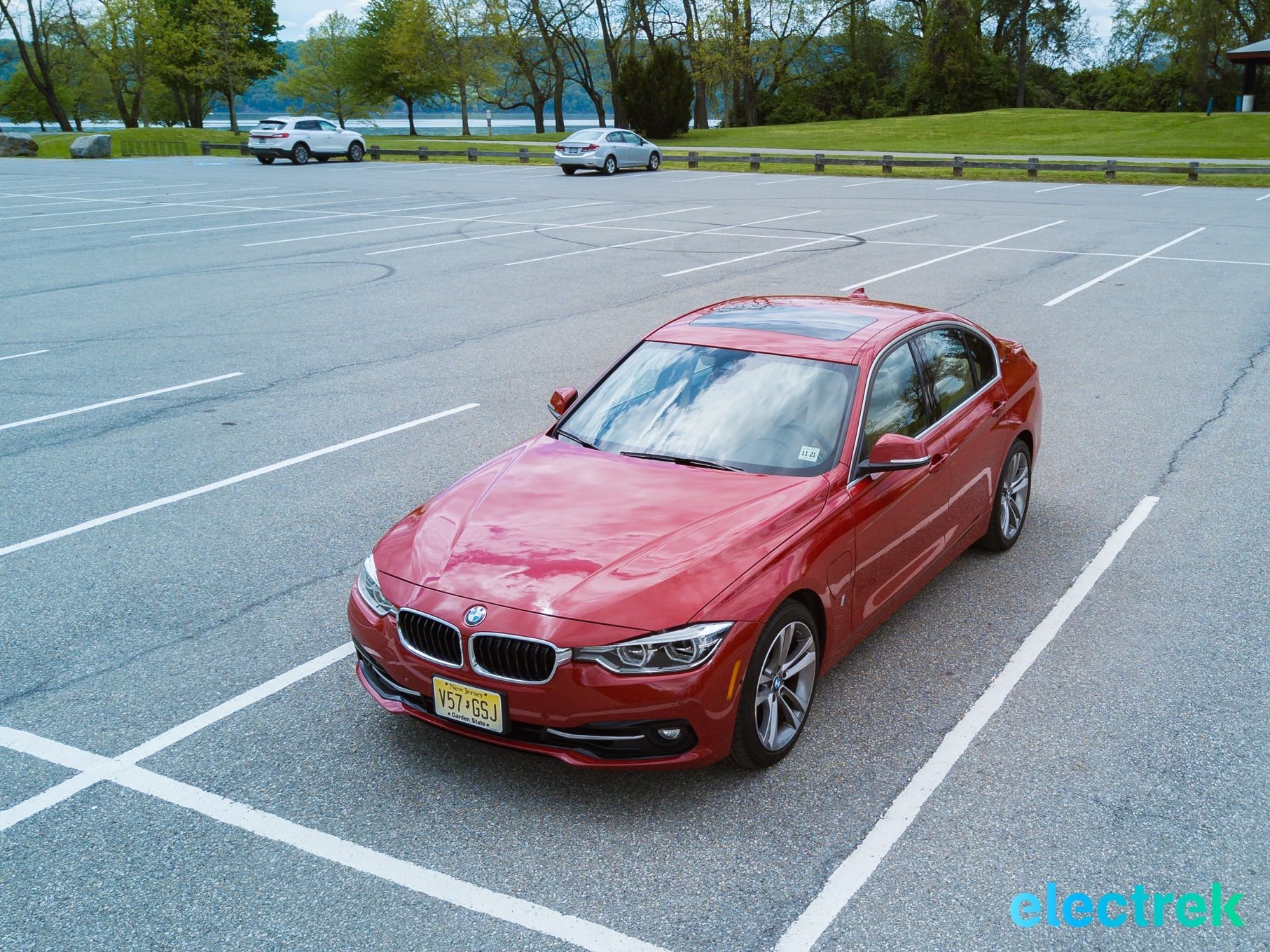 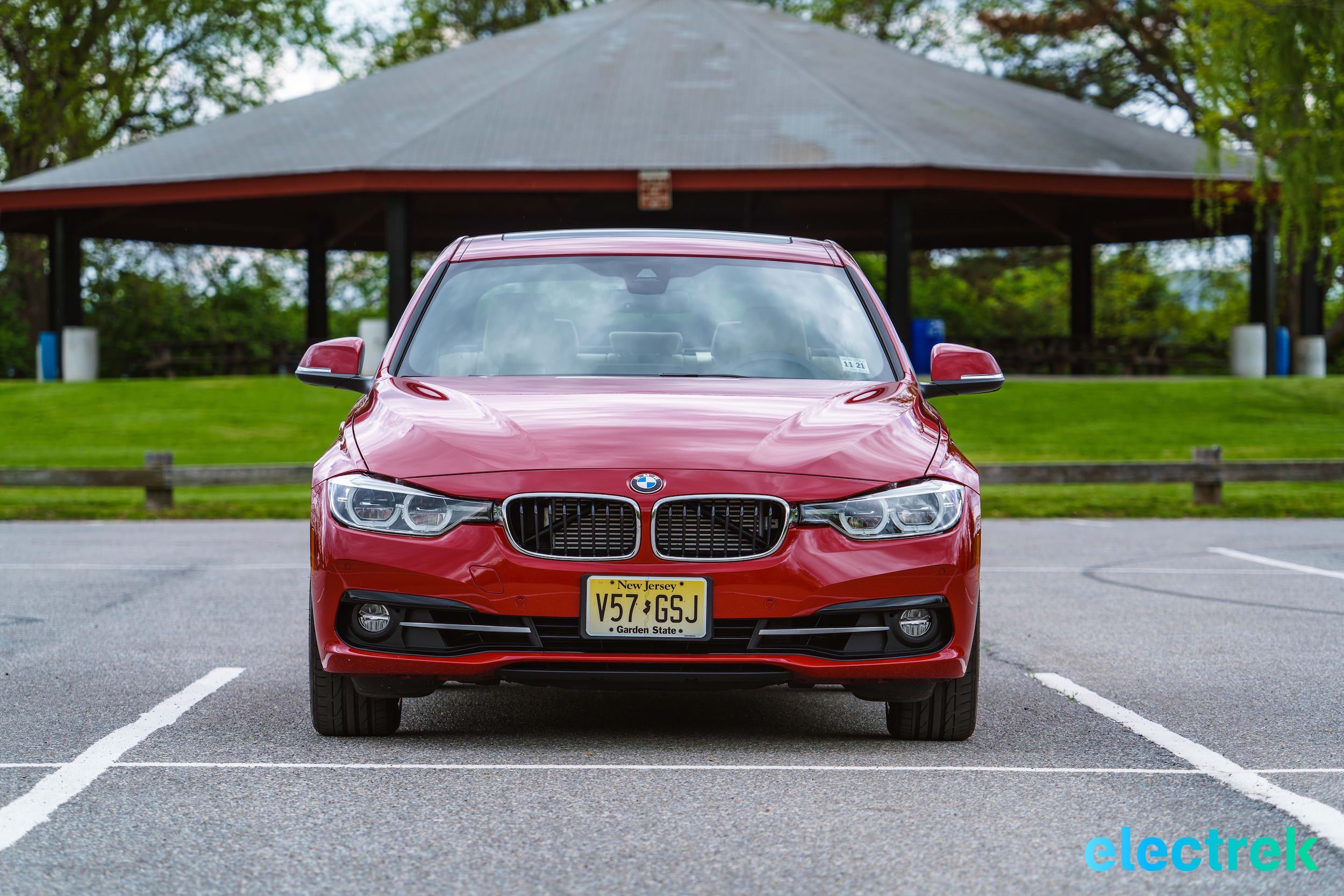 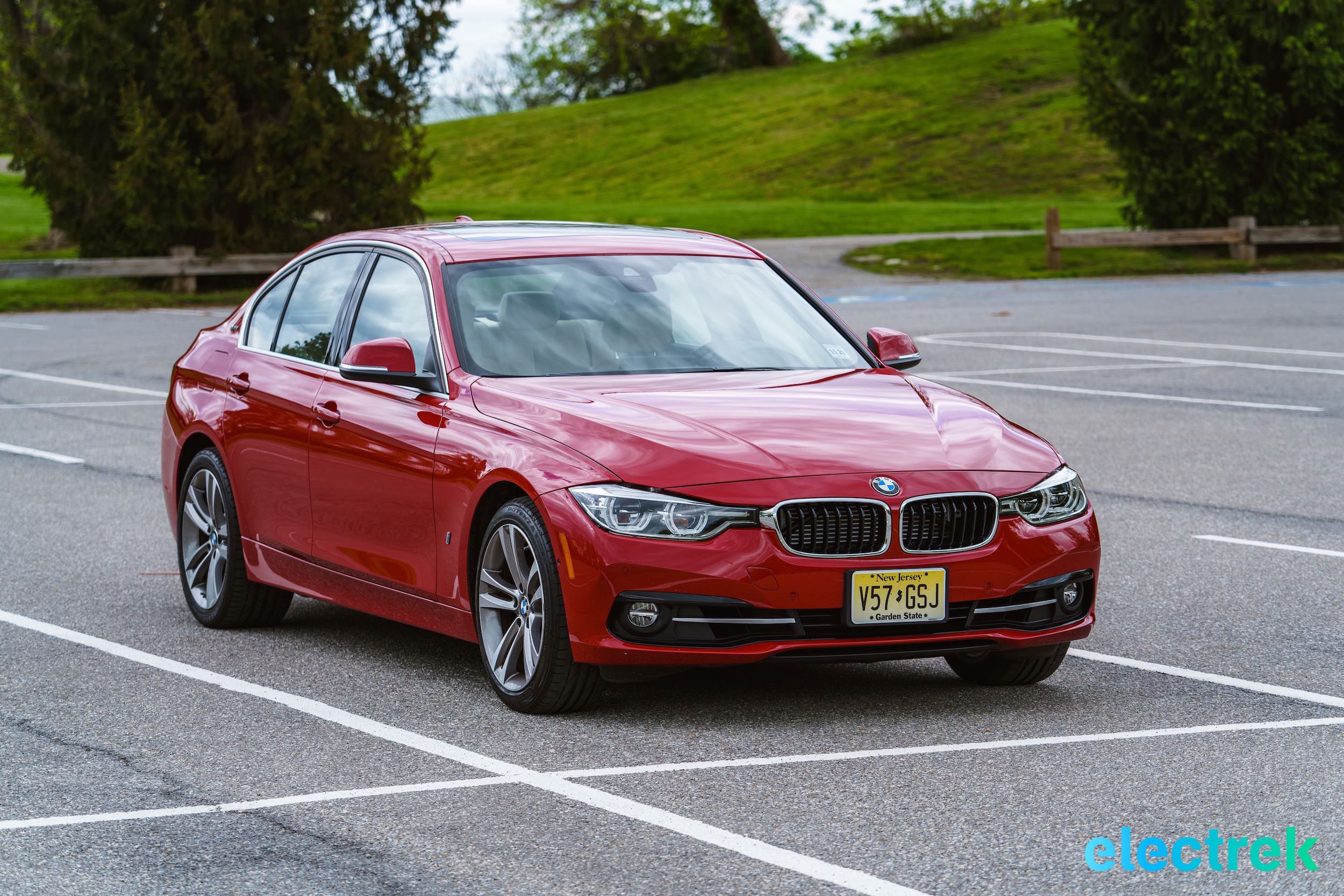 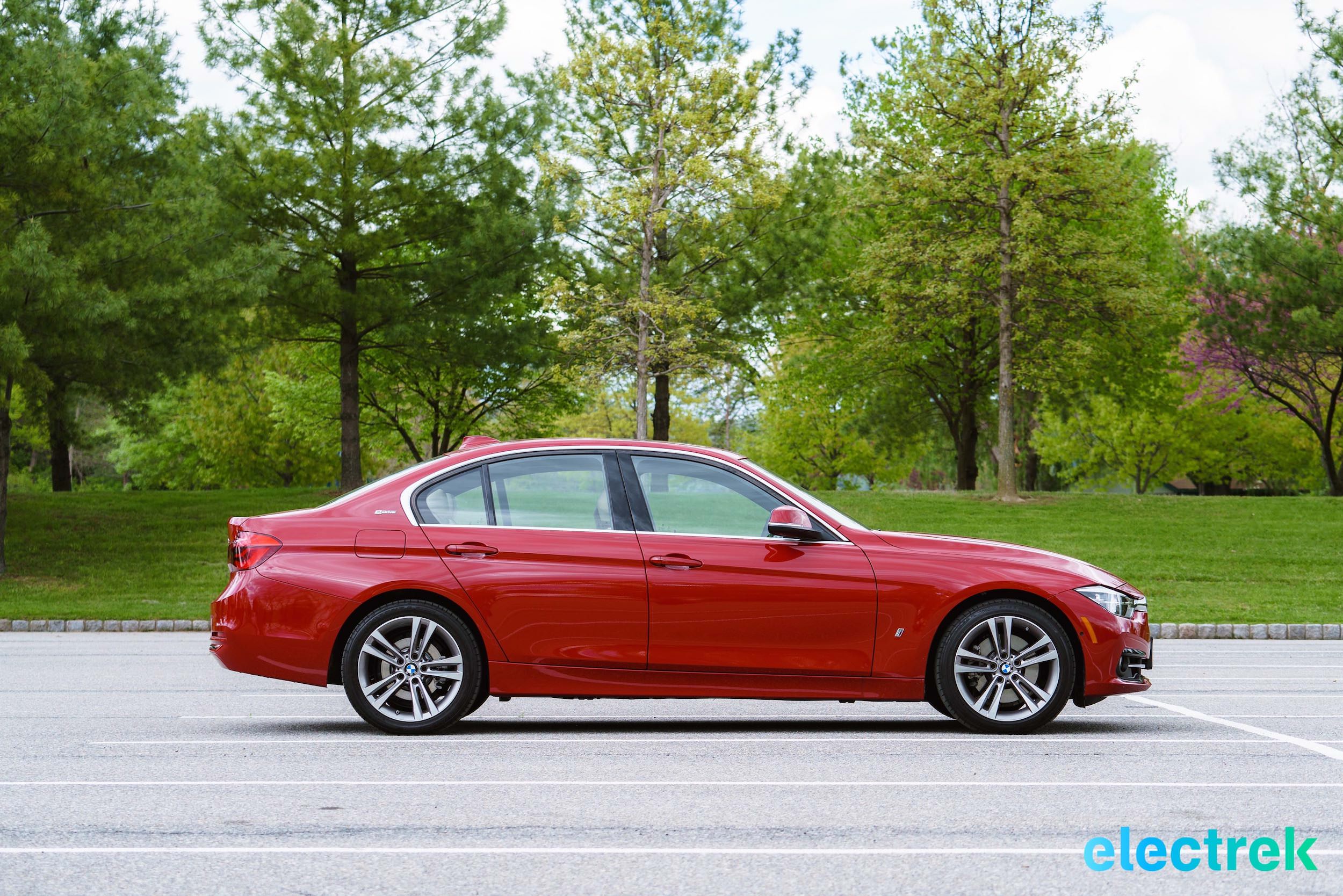 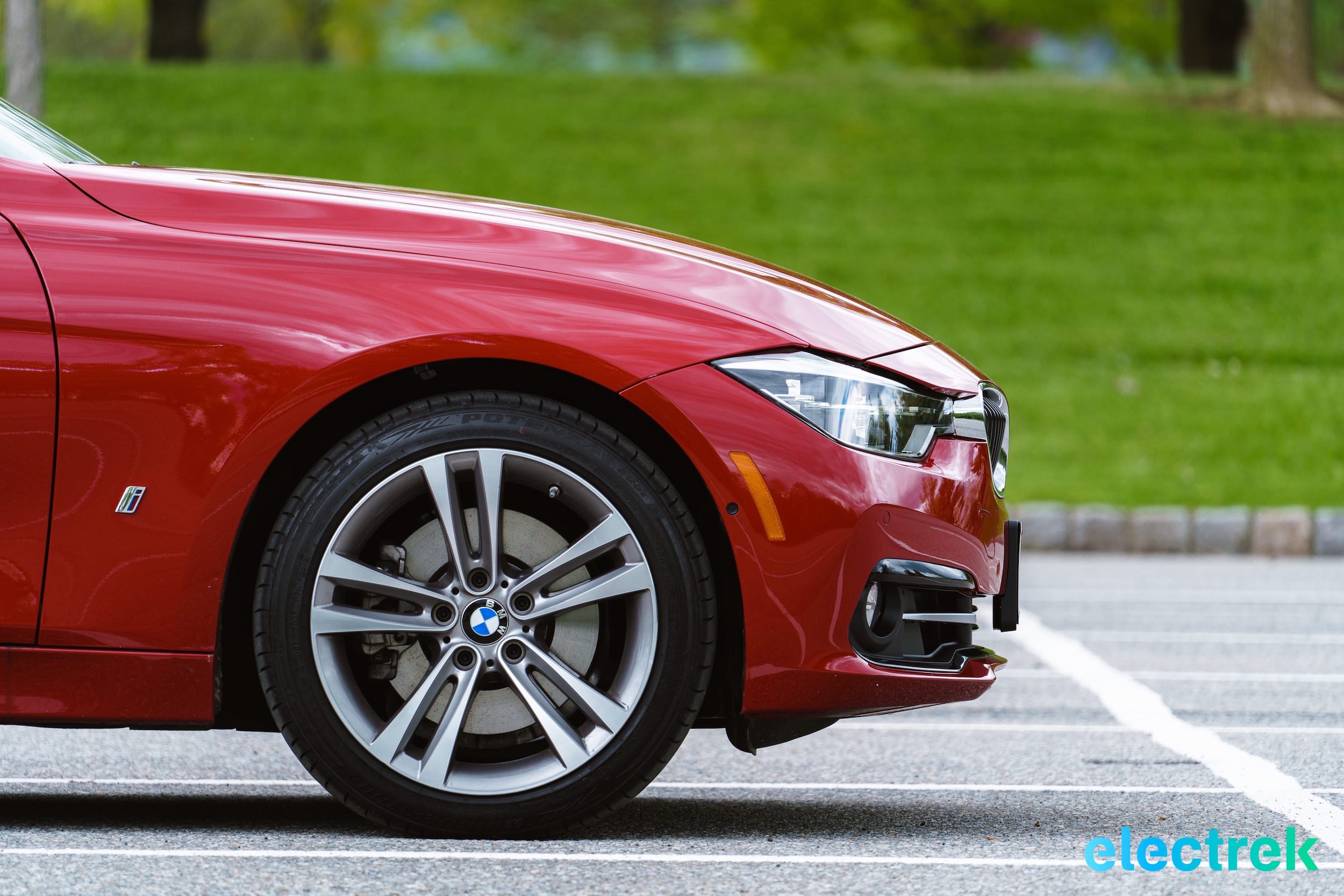 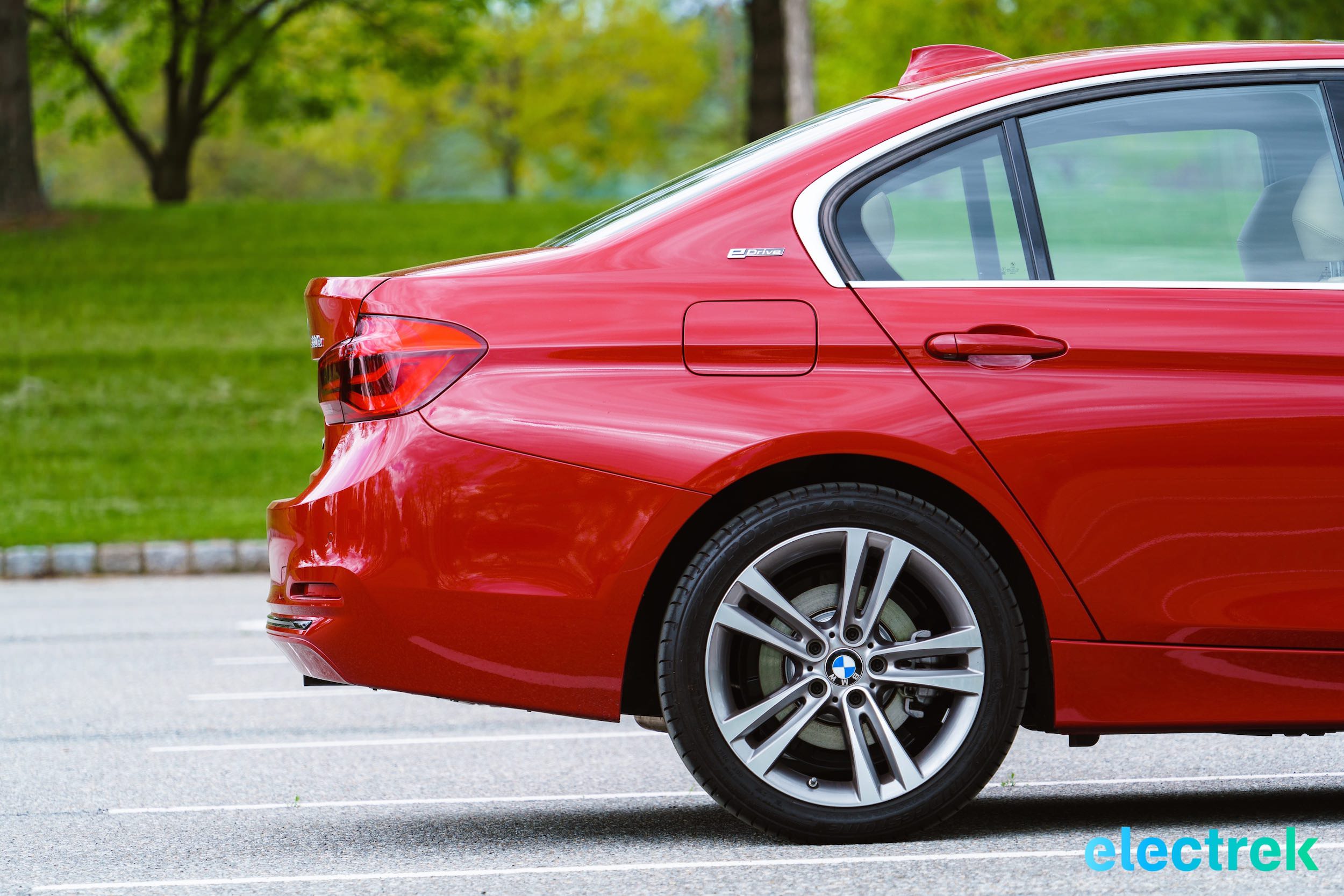 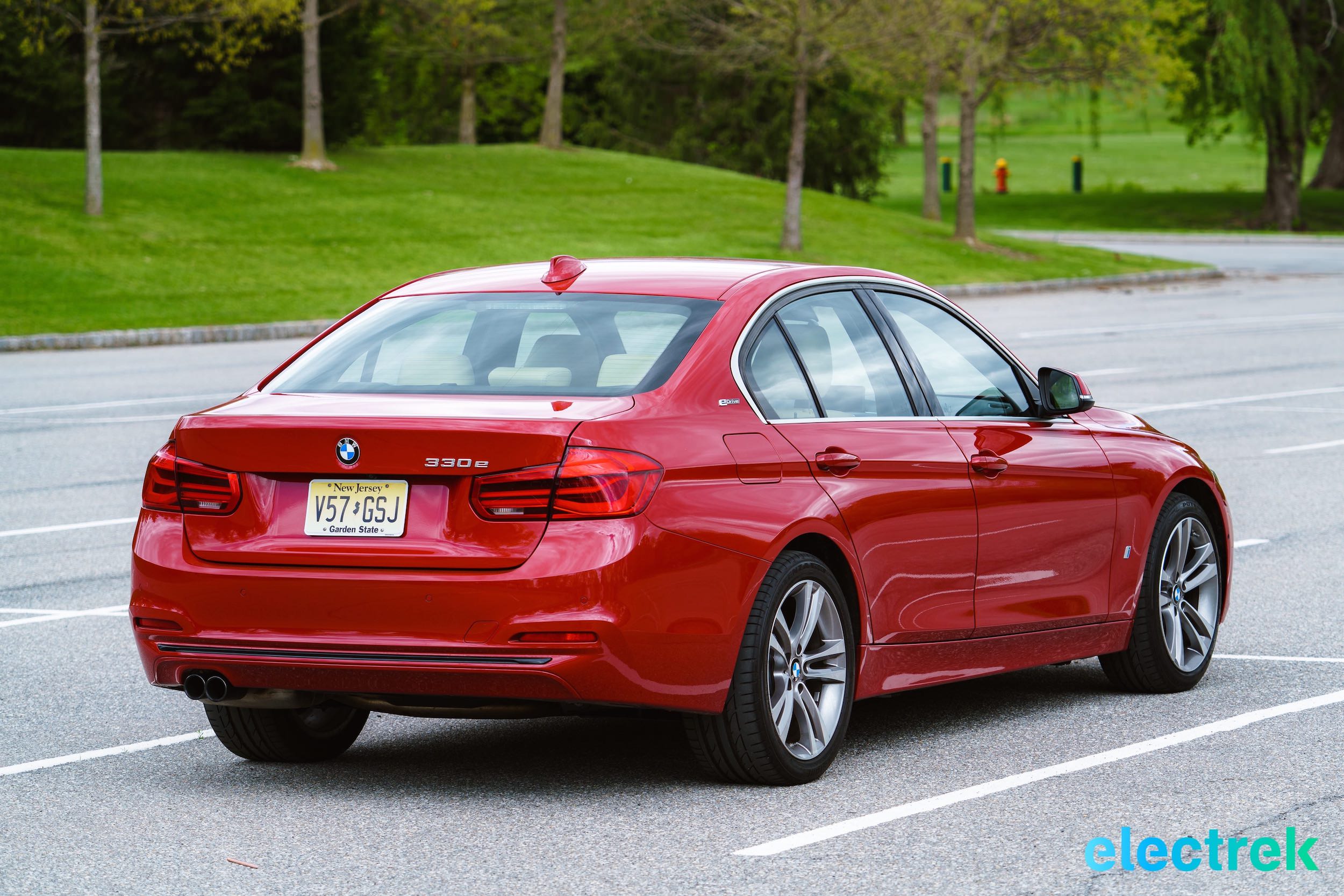 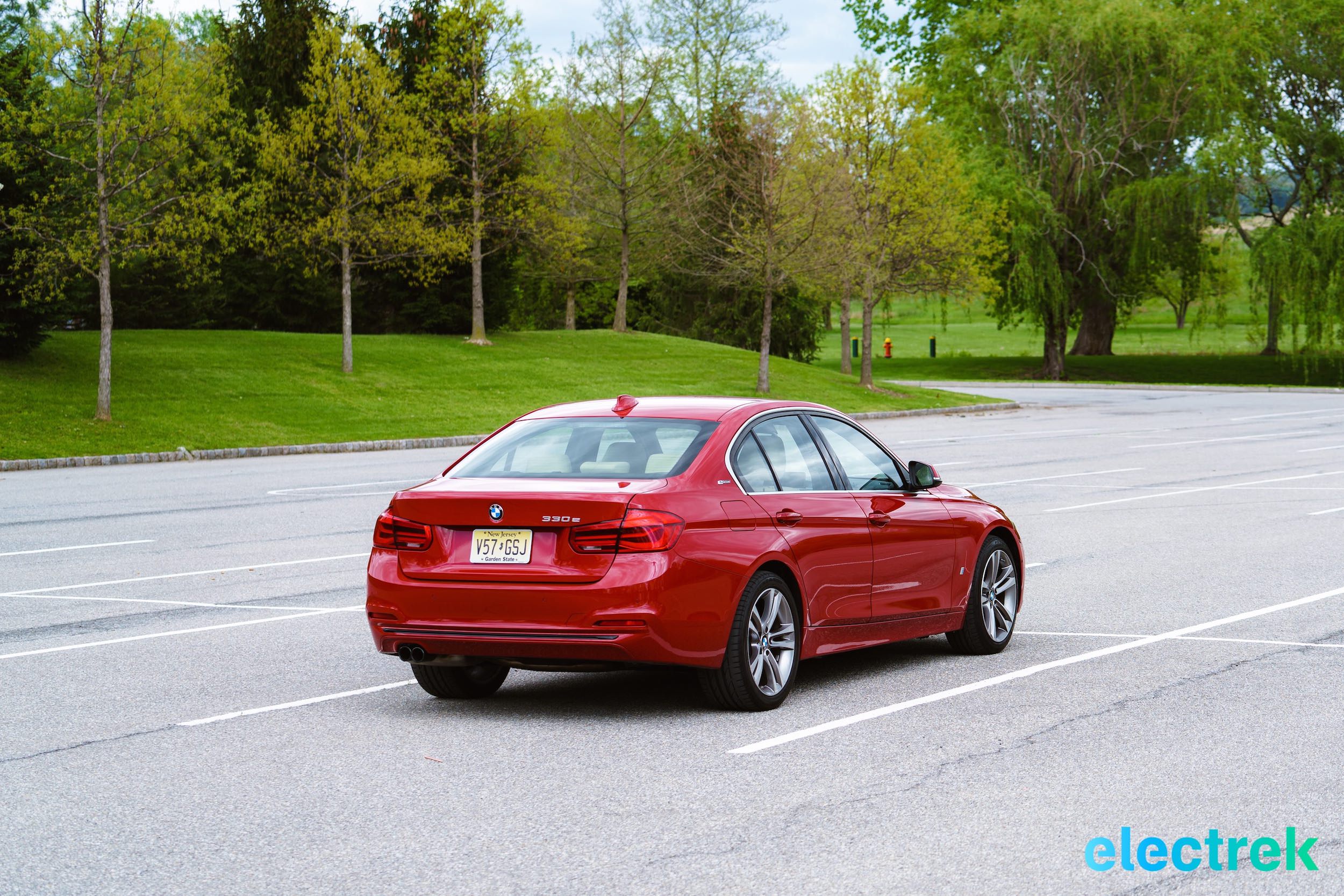 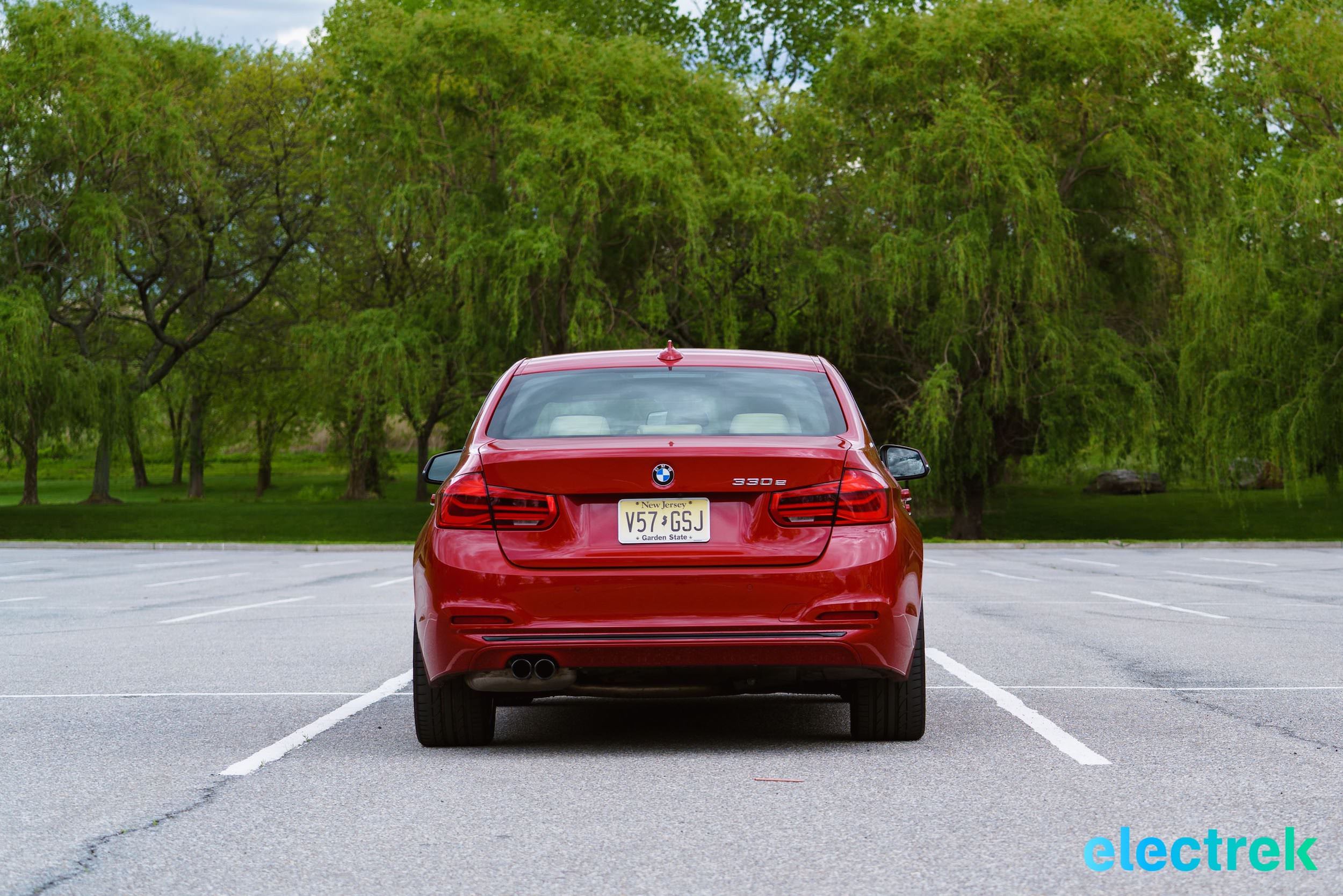 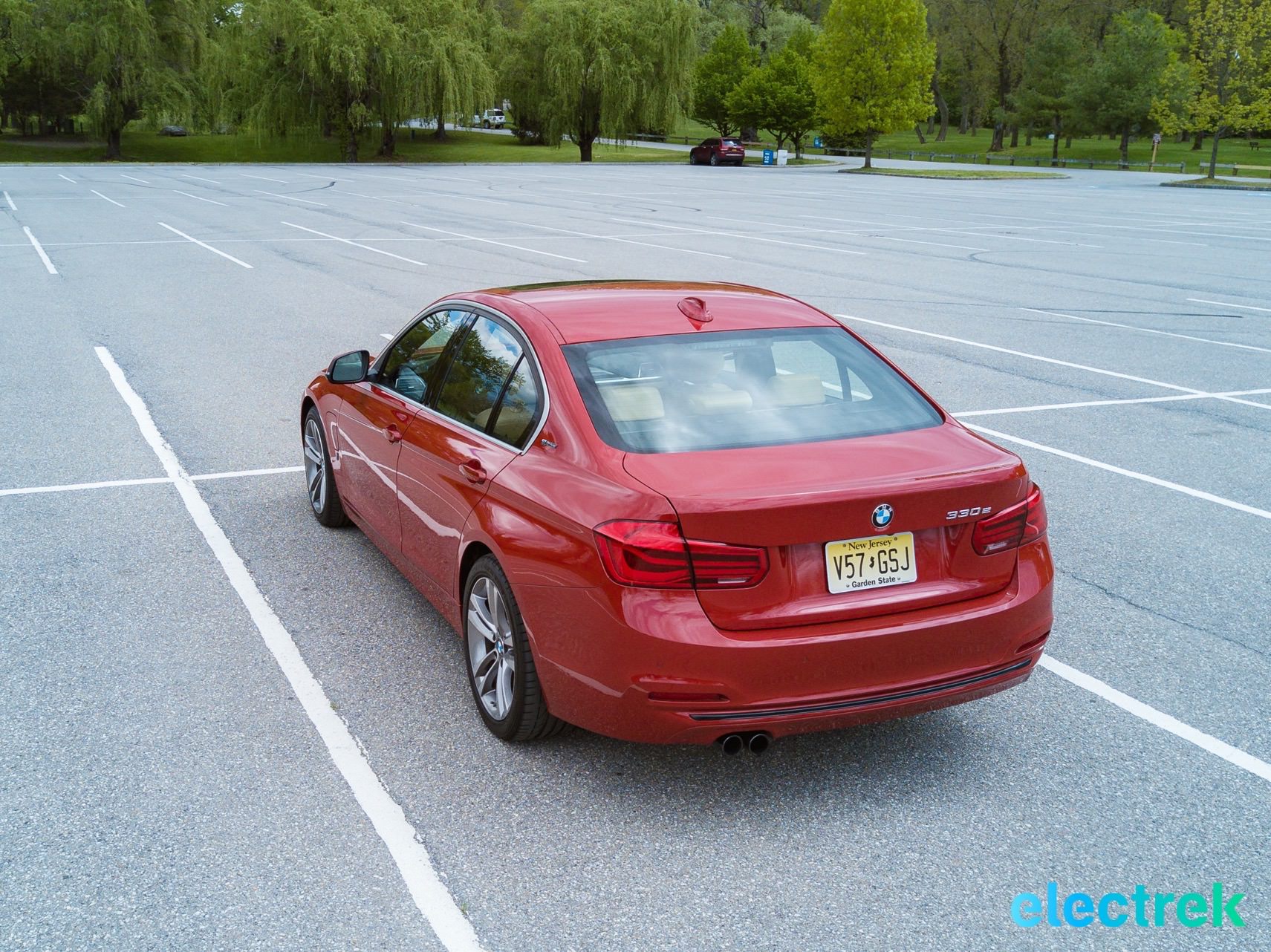 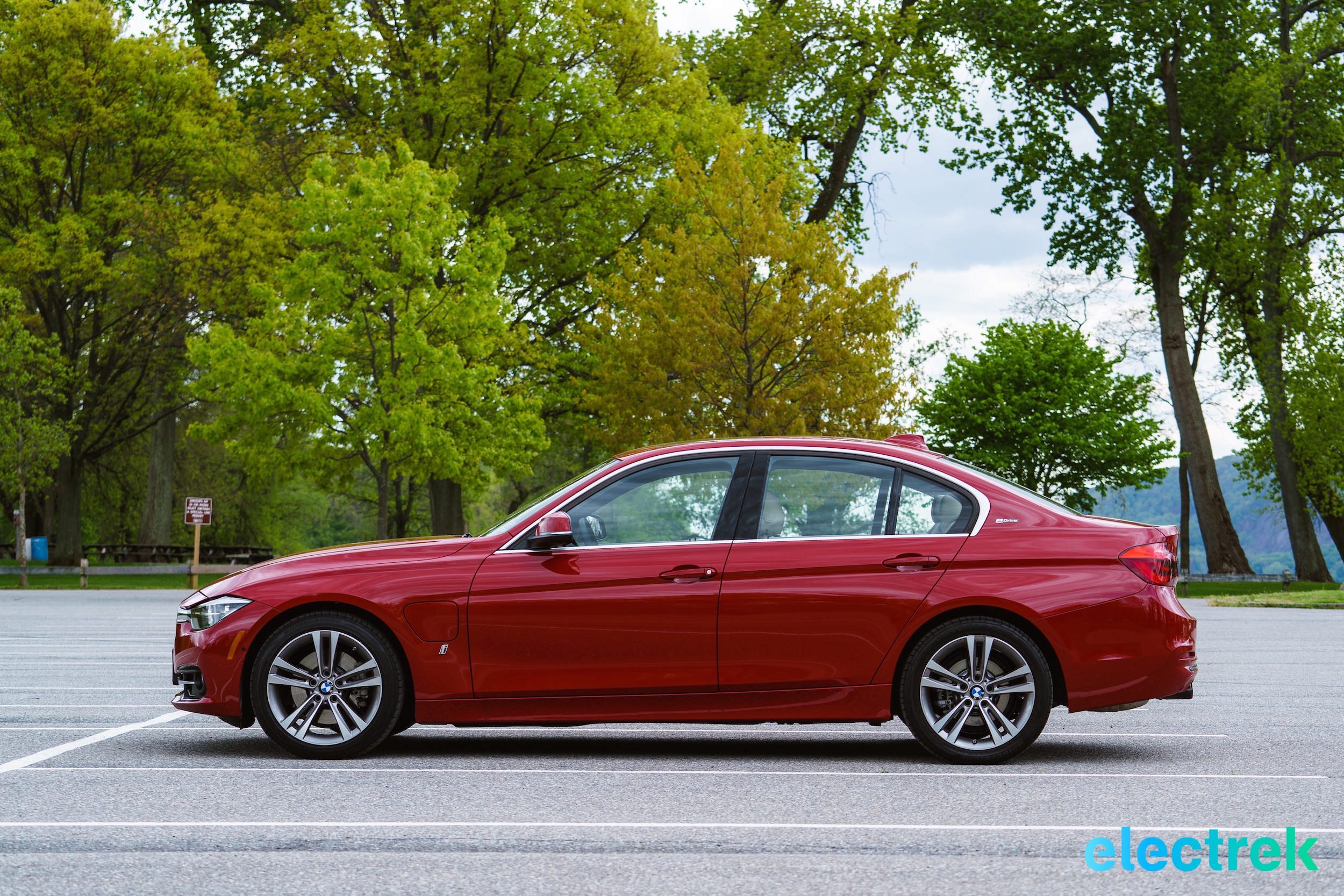 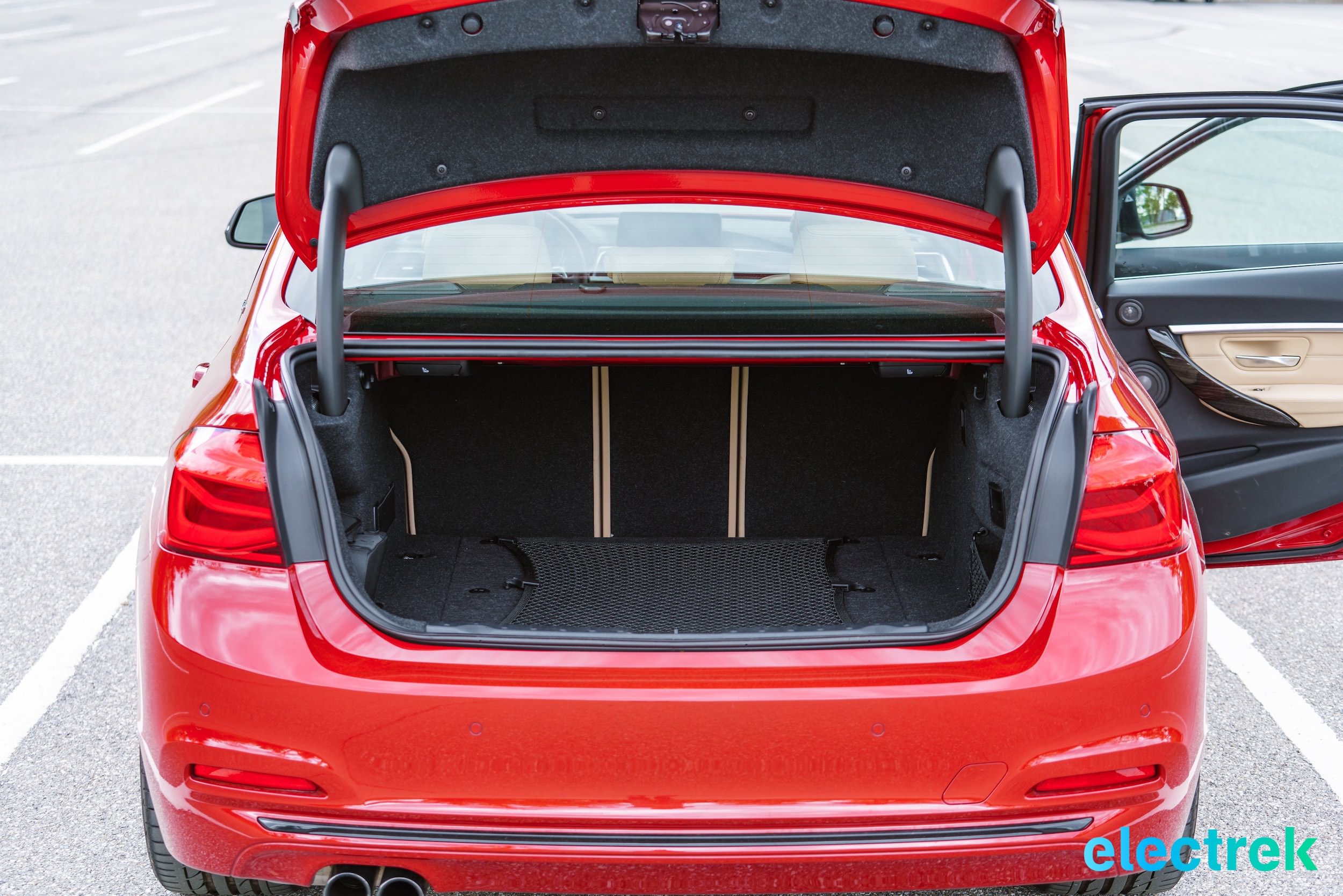 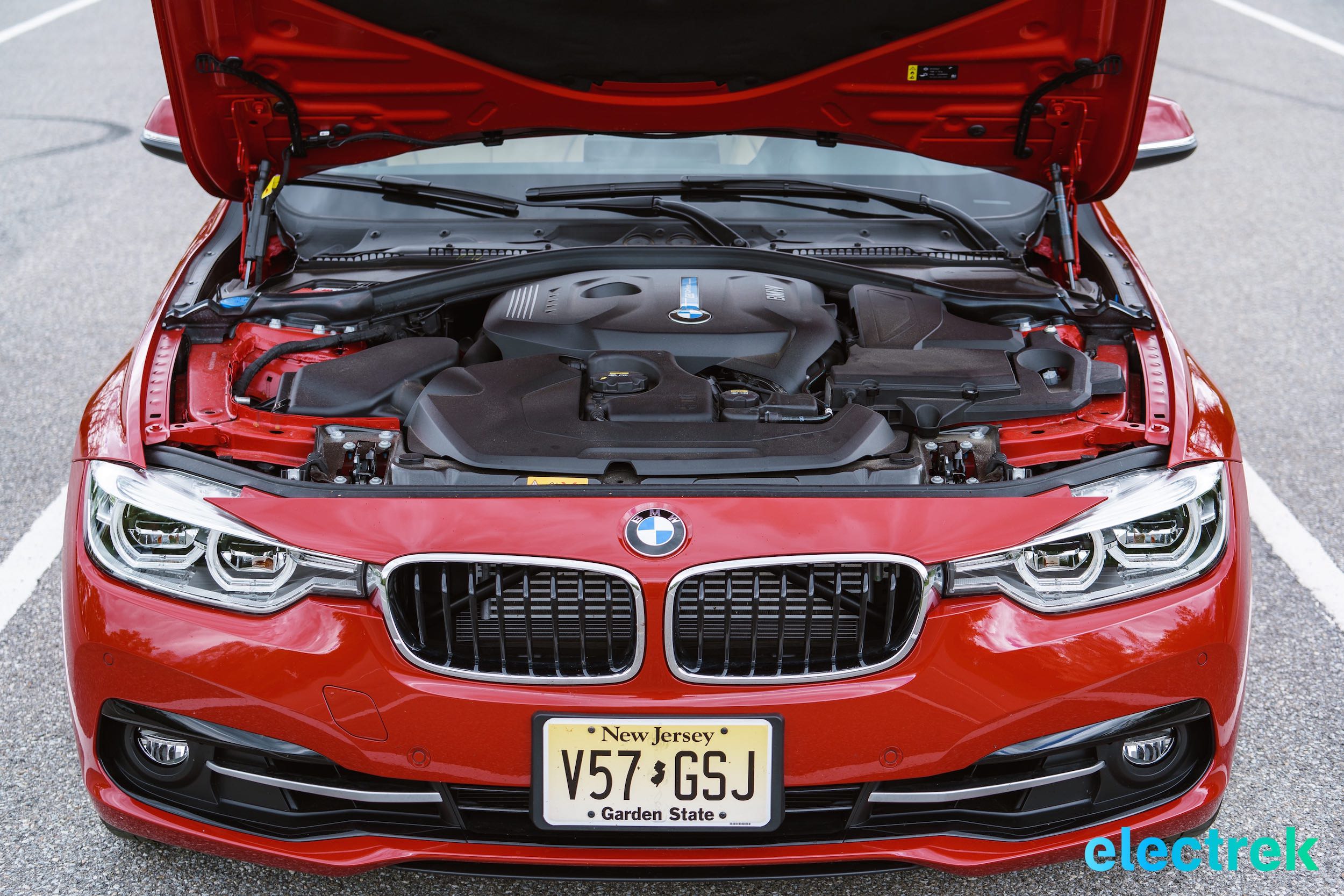 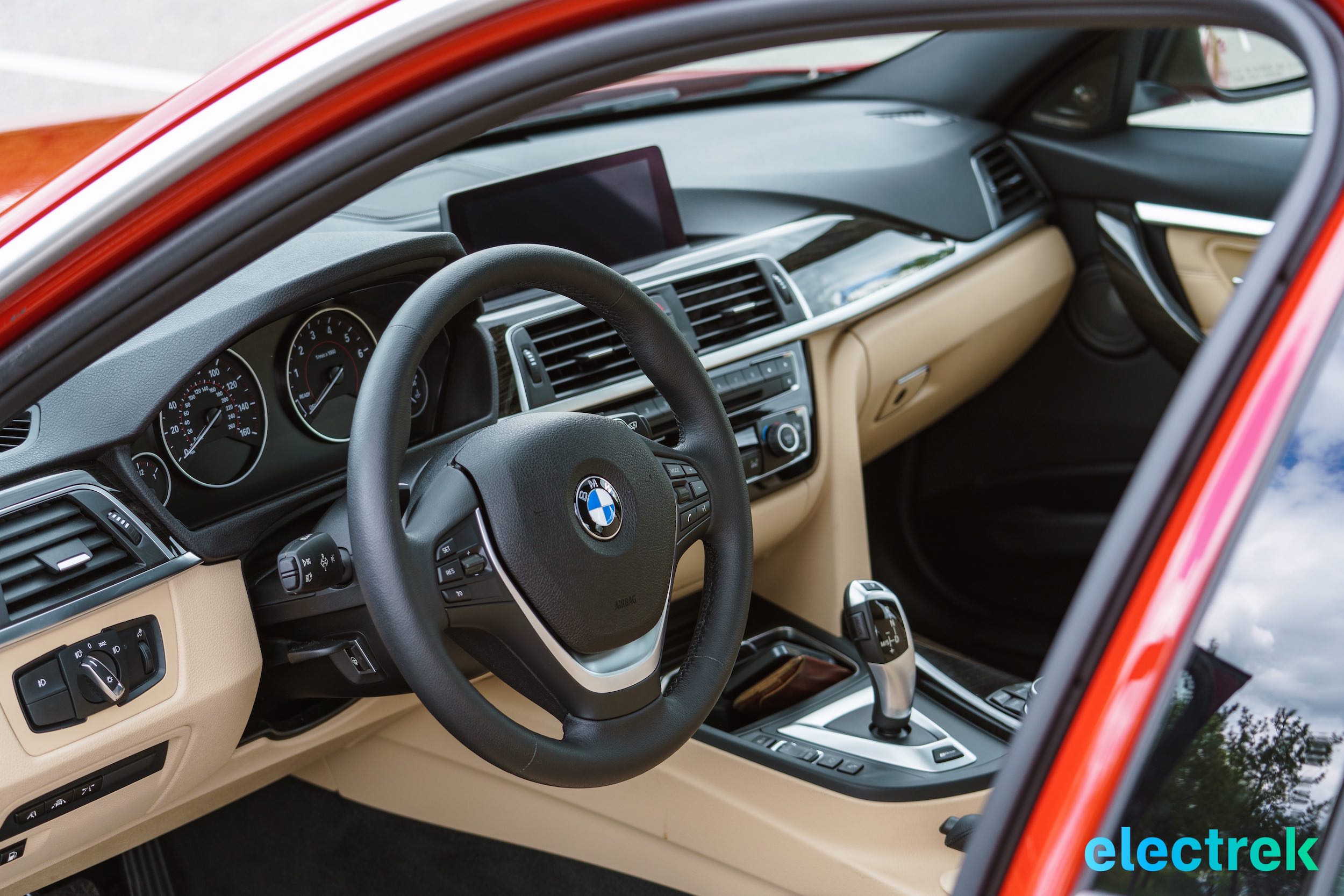 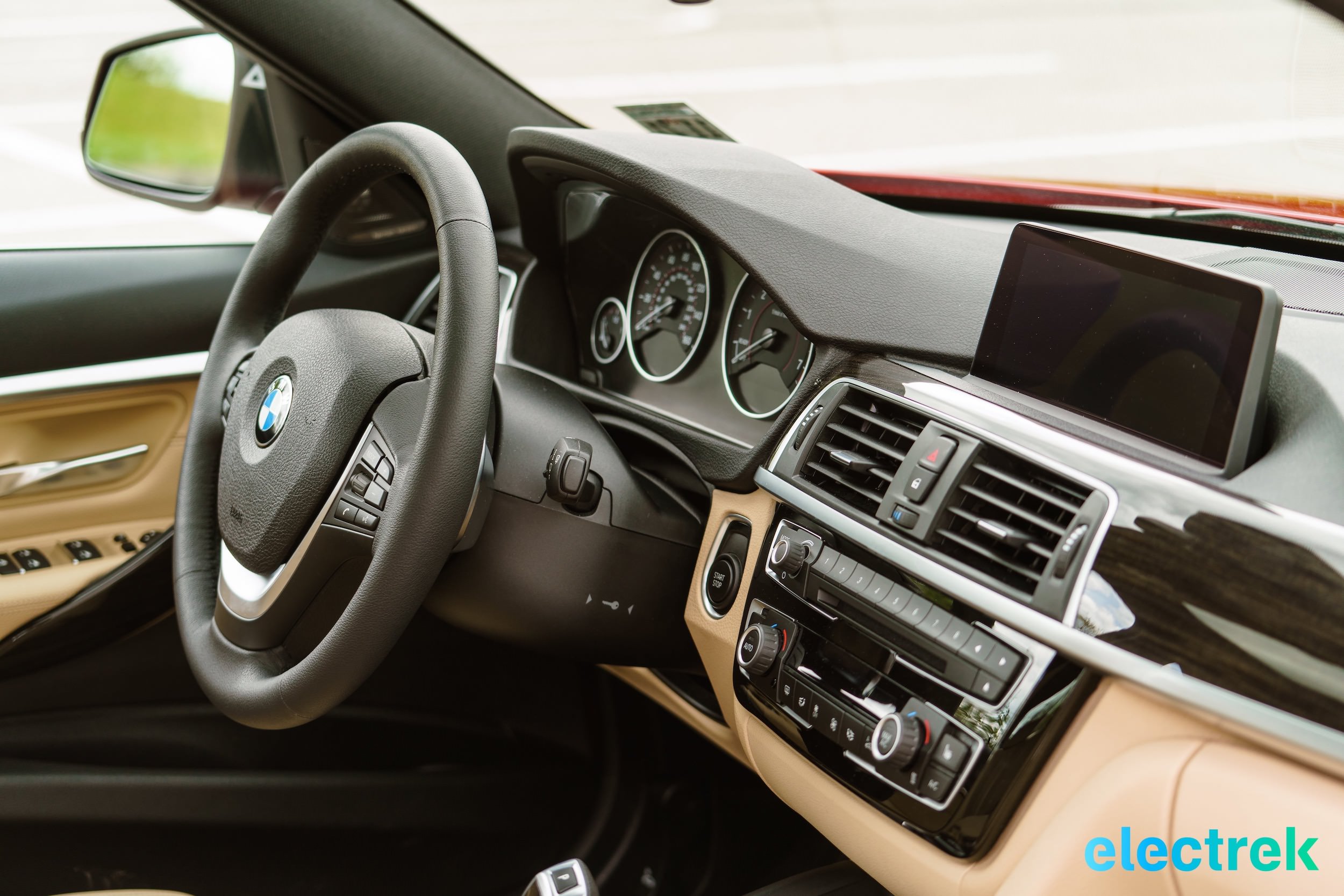 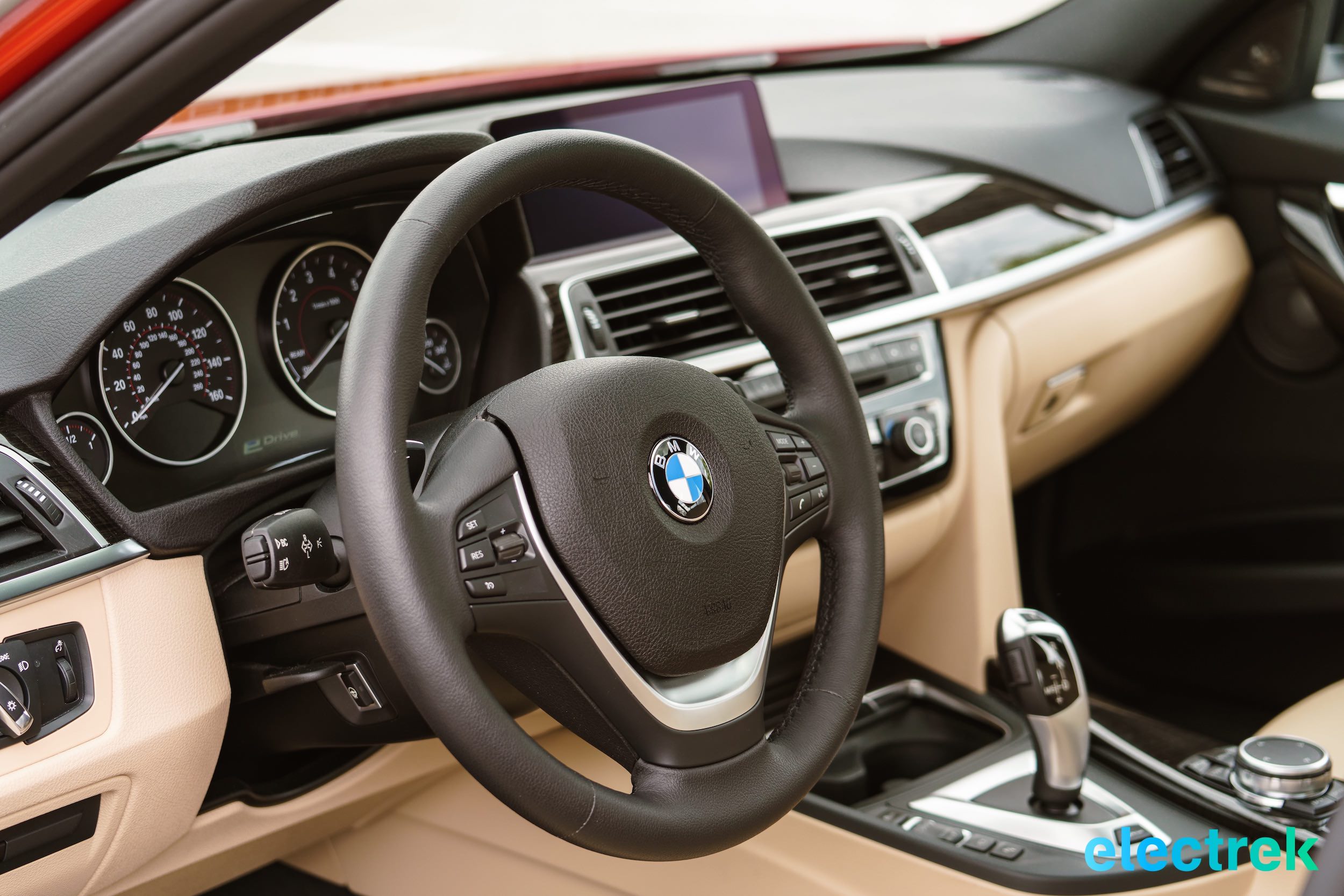 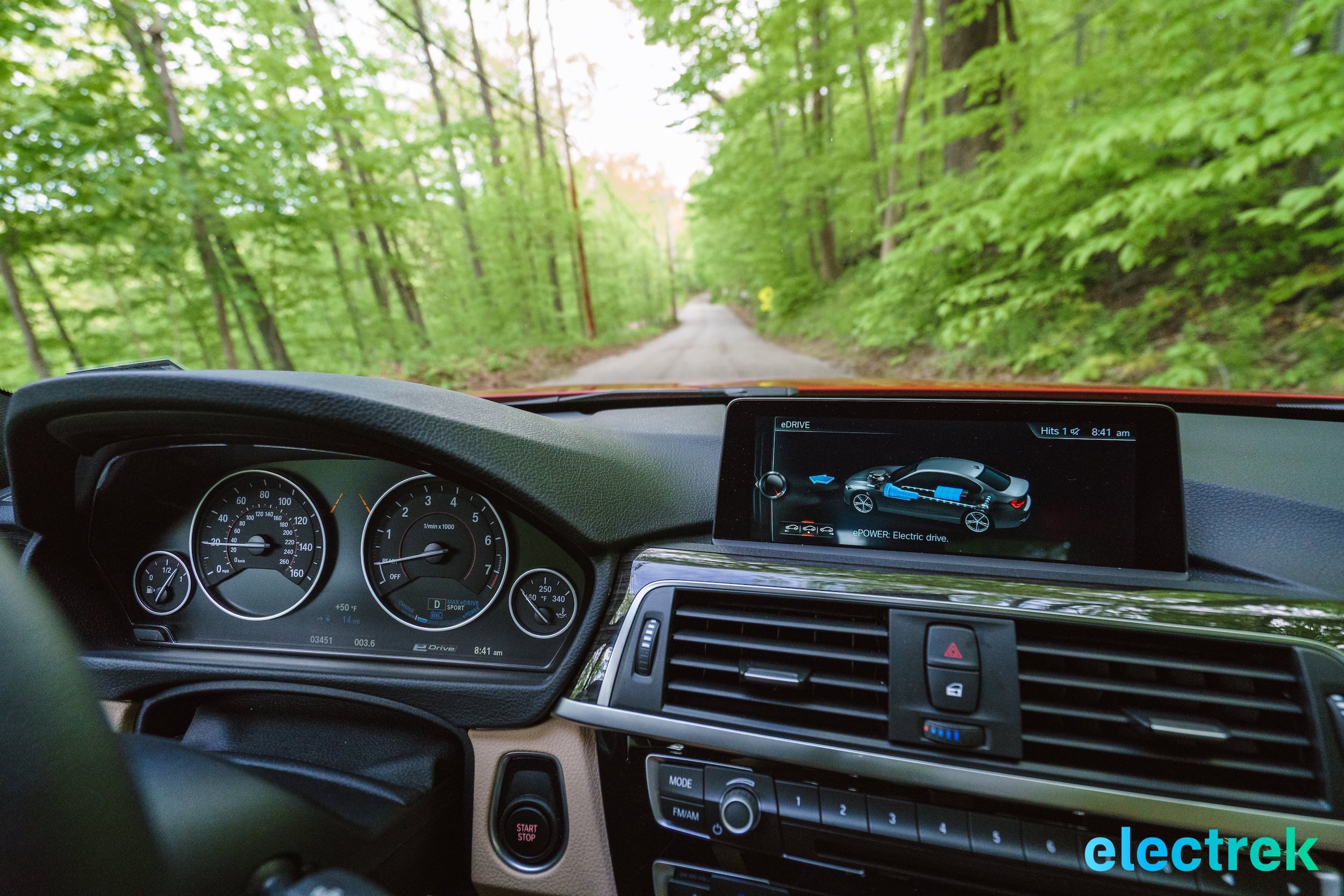