Bollinger Motors is set to unveil its first vehicle, an all-electric sport utility truck, in the next few months.

In anticipation for the unveiling, they have been releasing a series of black and white teasers of the vehicle. Continuing with that series, they released a teaser of the interior today.

It follows the first teaser picture of the truck and last month they unveiled the chassis.

They continued with the minimalist look for the interior. They wrote in a press release:

“The vehicle’s generous use of aluminum continues into the occupant cabin and is featured along the instrument panel (IP). The IP has four prominent circular gauges including a multi function LED display which signals various vehicle warnings as well as vehicle status and system information; a mechanical speedometer with an odometer inset; a unique mechanical tachometer which displays the revolutions per minute (RPM) of the drive motors; and a mechanical battery level indicator. All of the gauges have chrome bezels, black backgrounds and white numbering and lettering giving the IP a clean and classic look.”

Here’s the picture in full: 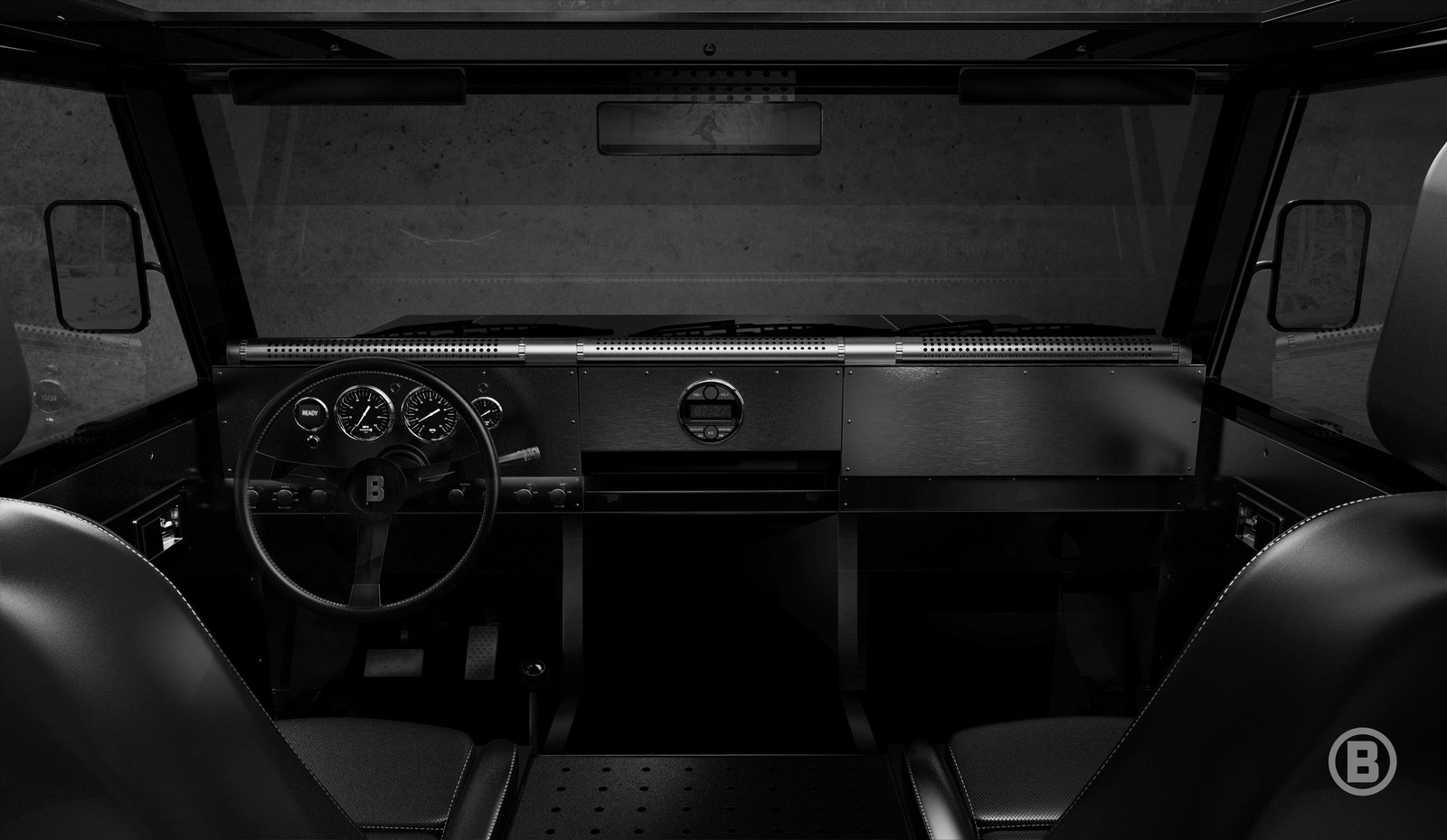 As you can see, the controls are all on a single panel located behind the wheel, which is a very simple 3-spoke, leather-wrapped steering wheel with a traditional mechanical PRND lever.

They are going with a key insert instead of the push button found in most new EVs today.

Robert Bollinger, Bollinger Motors founder and CEO, designed the interior along with Ross Compton. He commented on the release of the teaser:

“I wanted the interior to have an uncomplicated design that was in keeping with the exterior. With simple mechanical gauges and displays, flat dash panels, a tall roof and tons of glass, we want you to look out at nature and not at a huge computer screen in the middle of the dash,”

What is less traditional is the HVAC system that takes the form of 3 tubes on the dashboard. Bollinger described:

“The HVAC system employs an industry-first, 3-section, rotating tubular vent system which sits atop the dashboard and runs the length of the windshield. In keeping with the B1’s overall hands-on design directive, occupants roll the tubes to direct airflow either toward themselves, toward the windshield or somewhere in-between, creating an infinitely adjustable climate tool.”

Drivers will also have access to 110-volt power outlets throughout the truck to operator electronics, power handtools, and other equipment.

Bollinger plans to unveil the all-electric truck in full this summer and bring it to production as soon as next year.