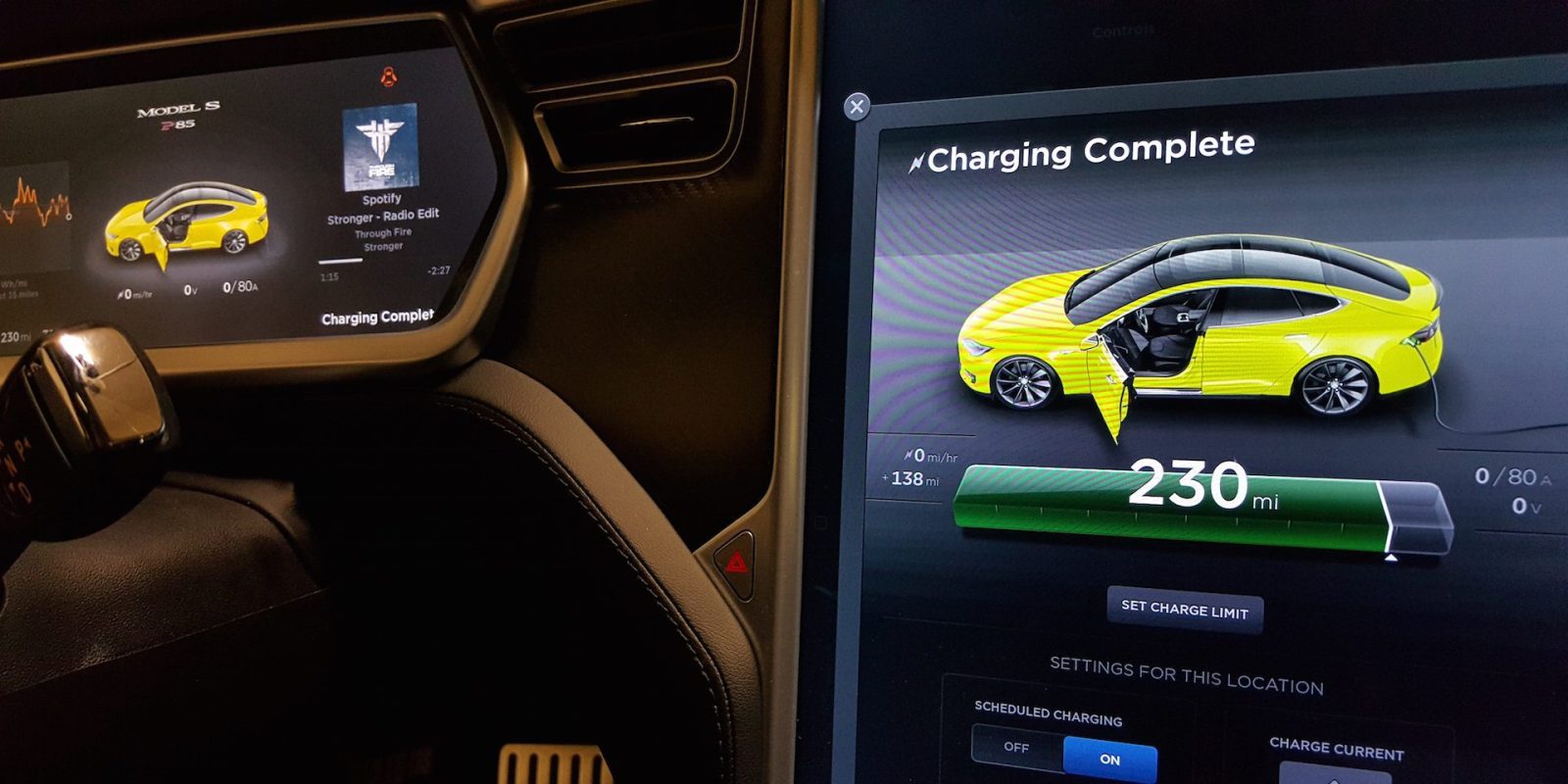 The Tesla community had another small technical/communication controversy this week that was not unlike the controversy around Tesla’s undisclosed performance restrictions with max power output in March.

We learned this week that the automaker is also limiting the charging rate when Supercharging on vehicles that have accumulated too many DC fast-charge events. Electrek reached out to Tesla to get the official reason behind the change.

Some Tesla owners have been complaining about a slower than usual charge rate at Superchargers on forums and social media for a while now.

The issue came back into focus this week after a Tesla owner returned from a road trip where he used several different Superchargers and couldn’t get a charge rate above 90 kW even though the top charge rate is officially 120 kW.

Supercharger General Diagnosis Conclusion: No Trouble Found. Review vehicle logs and verify charging is topping out a lower rate than observed on earlier DC charging sessions. According to Tesla engineers, once vehicle has been DC fast charged over a specified amount, the battery management system restricts DC charging to prevent degradation of the battery pack. According to Tesla engineers, this vehicle has seen significant DC fast charging and is now has permanently restricted DC charging speeds. Important to note, supercharging will always still be available to the vehicle and the battery pack has not yet experienced significant degradation due to the amount of DC fast charging performed on the pack up until this point in time. Vehicle is operating as designed.

The news that a limit has been placed on DC fast-charging has sparked some outrage among Tesla owners in the thread, but to be fair, this particular Tesla owner has been virtually only charging through DC fast-charging, which is not common amongst electric vehicle owners.

He said that he accumulated 6,685.603 kWh of DC fast charges during 245 total charge ups on CHAdeMO only – and he estimates that he used Superchargers on “50 to 60 occasions” on top of that.

That’s definitely atypical charging behavior since most Tesla owners get most of their charges on level 2 charging at home.

Nonetheless, it’s an important information for owners to have since it can affect charging habits.

In a statement, Tesla explains that it is a software limitation to optimize for the best possible owner experience that’s within the limits of physics. Here’s the statement in full:

“The peak charging rate possible in a li-ion cell will slightly decline after a very large number of high-rate charging sessions. This is due to physical and chemical changes inside of the cells.  Our fast-charge control technology is designed to keep the battery safe and to preserve the maximum amount of cell capacity (range capability) in all conditions.  To maintain safety and retain maximum range, we need to slow down the charge rate when the cells are too cold, when the state of charge is nearly full, and also when the conditions of the cell change gradually with age and usage.  This change due to age and usage may increase total Supercharge time by about 5 minutes and less than 1% of our customers experience this.

Tesla is not slowing down charge rates to discourage frequent Supercharging – quite the opposite.  We encourage our customers to use the Supercharger network at their discretion and we committed to doubling the number of worldwide chargers just this year.  We also want to ensure that our customers have the best experience at those Superchargers and preserve as much vehicle range as possible – even after frequent usage.”

There are a lot of different artificial software limitations in Tesla’s vehicles that limit performance in order to increase durability or safety. Most of them are not detectable, but when they are – like in this case or in the case of the max power output, it seems to be poorly received by the community. Is it only a vocal minority? Let us know what you think about it in the comment section below.

The subject is especially interesting following a recent presentation by Jeff Dahn, Tesla’s battery research partner, during which he unveiled a new chemistry to increase lifecycle at high voltage. The new chemistry could technically enable higher charge rates while limiting battery degradation.