Now a Tesla hacker proved the automaker’s point by himself retrofitting a classic Model P85 with new and salvaged Autopilot parts and sensors, and actually making it work.

You will not be surprised to learn that the hardware hacker is Jason Hughes, aka wk057, best known for finding the mention of an upcoming ‘P100D’ in Tesla’s software updates and for building a massive energy storage system out of two salvaged Model S.

But in term of technical difficulty, his latest project is probably the most impressive to date and I really can’t overstate how impressive it is. Just reading the summary of the things he had to replace is exhausting:

You can visit his website for a detailed post about the whole process which took him about 50 hours of work.

If anything, Hughes’ project proves the logic behind why Tesla is not offering a retrofit. He admittedly did it as a proof-of-concept and because he wanted his wife, who drives the Model S P85, to have the Tesla Autopilot without having to sell the vehicle and buy a new one, which would have been way easier and likely cost roughly the same if you include his time in the overall cost.

He says that it roughly cost him about $9,000 in parts purchased from Tesla and through salvages.

Don’t ask him to do it again because he says he wouldn’t. He is also aware that the project will likely have an impact on his warranty. 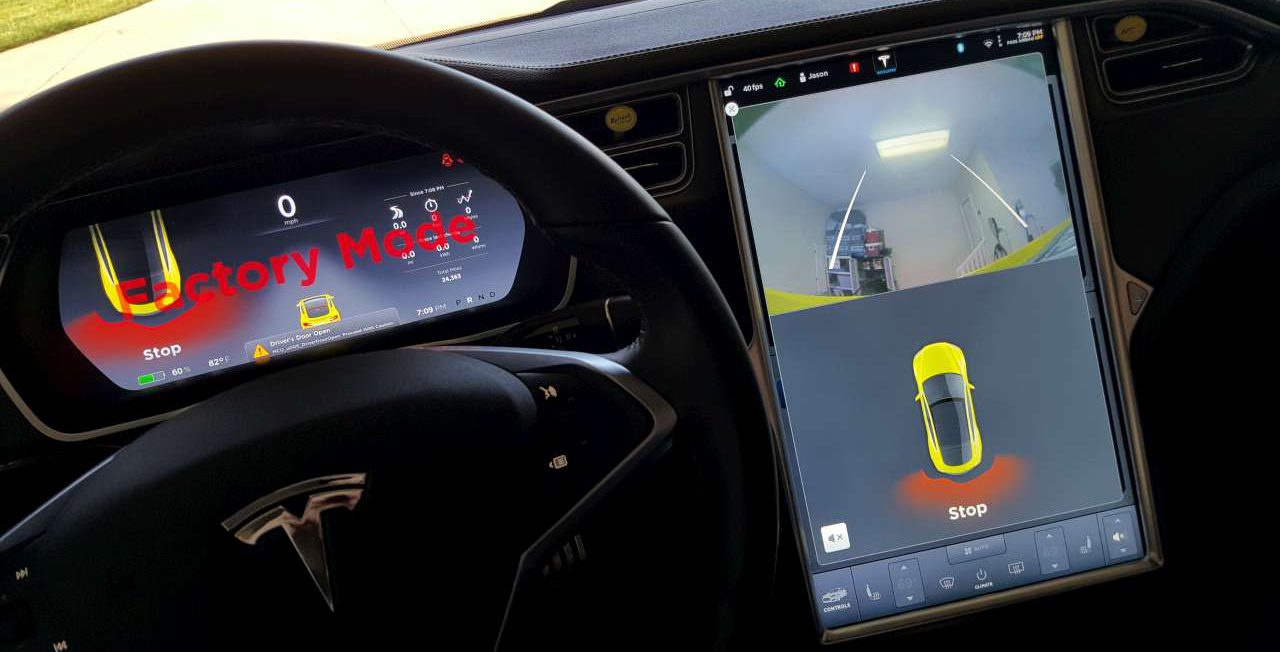 If you are asking yourself how come the renderings of the Model S on the displays are yellow, just like the wrap of the car, it’s because Hughes managed the change the settings through his root access of the vehicle’s systems and display a color not normally available through Tesla. It’s a nice touch that completes the aftermarket modification and something Tesla should probably enable for people who decide to wrap the Model S, or Model X for that matter.

If you need proof that it actually works (aside from the very detailed post), here’s a video of a double summoning with both the P85, which shouldn’t be able to perform the maneuver, and the P85D, which is built for it: