Electric vehicle investments could fall in 2017 after record $2 billion in 2016, says study

Last year, we reported on how electric vehicle investments were on track for a record high in 2016 after years of record lows following the bankruptcy of a few startups, namely Fisker, Coda, A123, and Better Place.

CB Insight has been tracking EV investments and confirmed the record year in 2016, but it projects a significant slow down in 2017 again.

The research firm wrote in the study – embedded in full below:

“Dollar investment fell off a cliff early in the decade following a series of high-profile EV flameouts. However, funding has roared back, with deal activity hitting a high in 2016 and total investment topping $2B. 2017 is also on track for a fresh deal high.”

The number of deals is on track for a record in 2017, but so far the total value of the investments is significantly down.

It’s still early and with a few major deals – things could turn around: 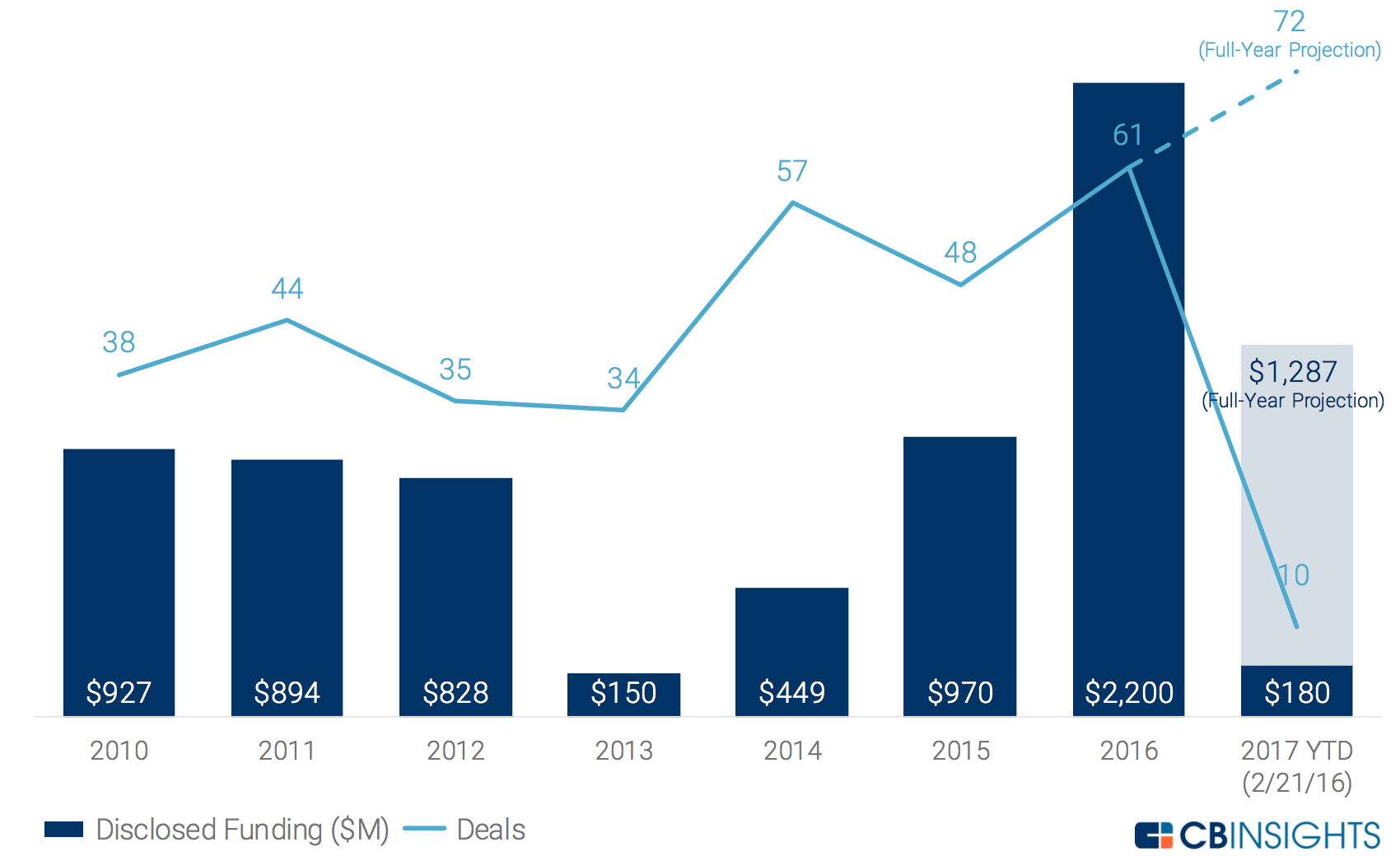 Major deals are actually what made the difference over the last two years. 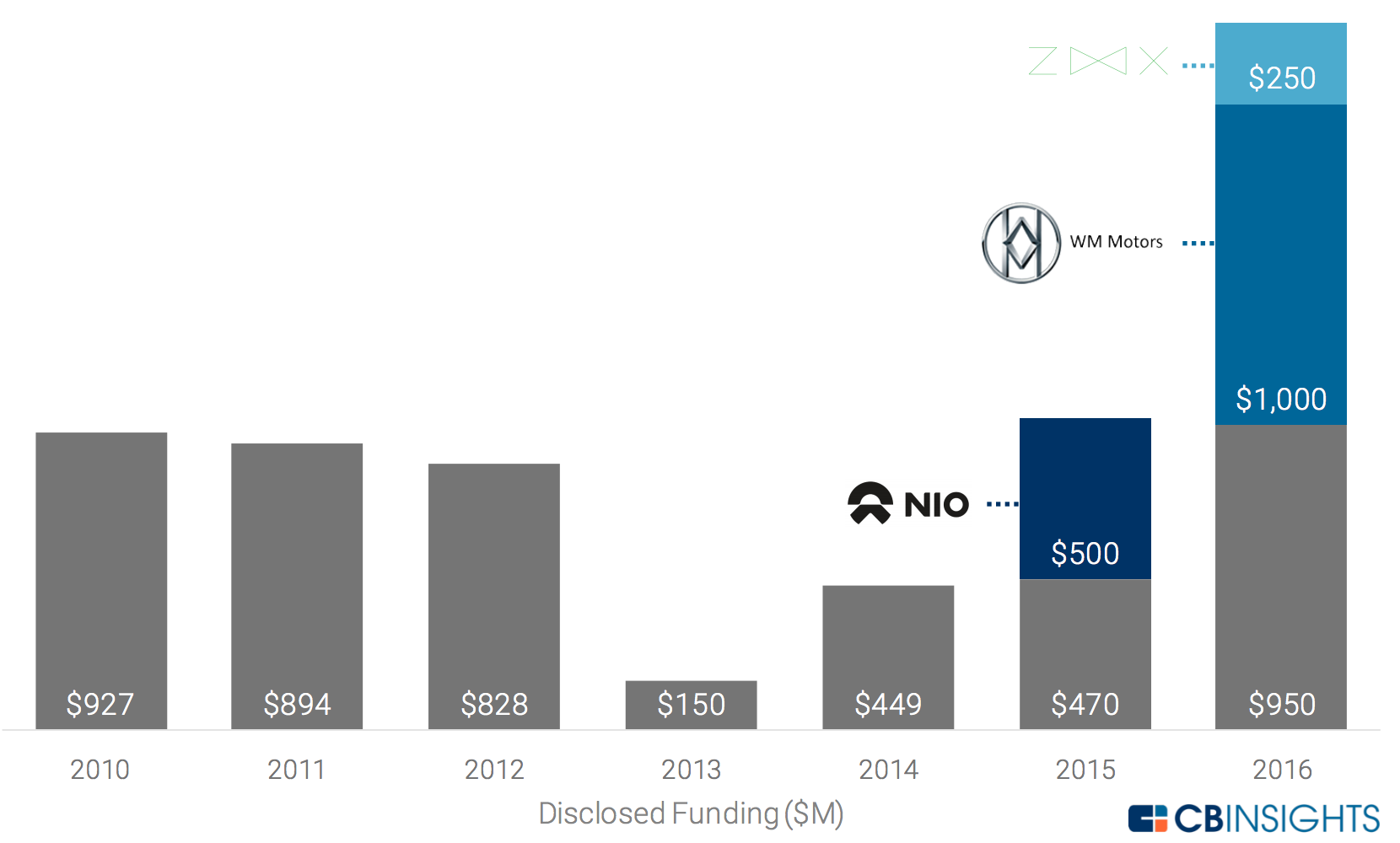 While the money for big deals is coming from China, the US, and especially California, is still the place to invest in electric vehicles, according to CB Insights’ study.

The US received the majority of EV investments and inside the US, most of that money went to California:

It’s important to note that the numbers don’t include the money raised on public markets by Tesla or legacy automakers investing in their own electric vehicle production.

Instead, it focuses on startups developing electric vehicles, whether it be cars, motorcycles, or others, and other companies developing components for EVs or charging infrastructure.

In an interesting comparison, CB Insights placed those companies against other emerging sectors in transport, namely autonomous driving and ride-sharing:

As you can see, ride-sharing takes the bulk of the money and while EVs surpass autonomous technology startups, it doesn’t account for the massive acquisitions that happened last year – like Uber acquiring Otto and GM acquiring Cruise Automation.

While all three have potential to be disruptive, the equity investment space could certainly be more exciting for electric vehicles.