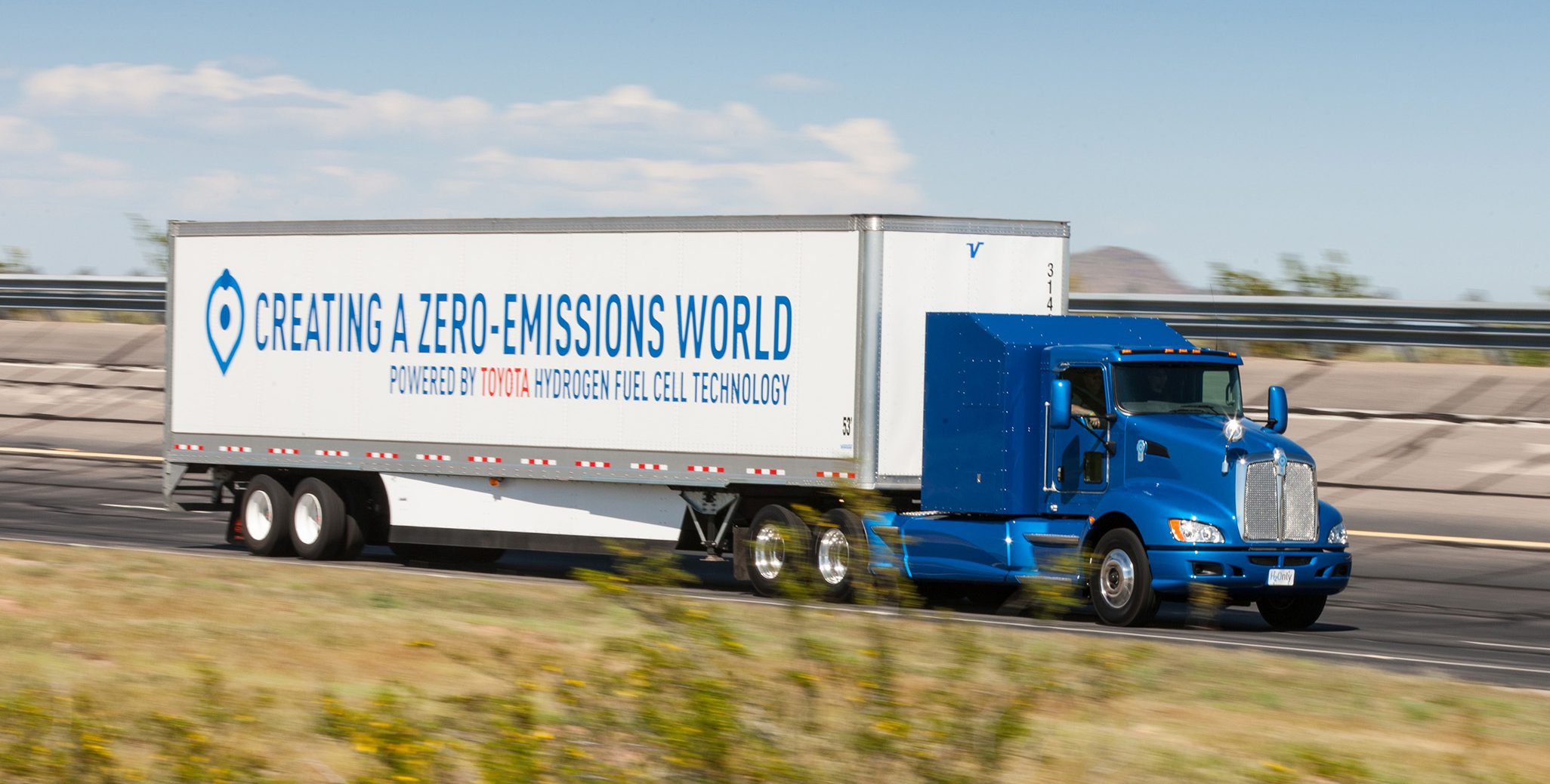 Toyota is undoubtedly having difficulties selling the Mirai, its hydrogen car, in the US. Despite cutting the price on several occasions, with now a lease at only $350 (down from $500) in California, the Japanese automaker can’t find a market for the vehicle and only delivered 782 units during the first 2 years of production. That’s despite the millions of dollars in government money spent on refueling infrastructure.

The automaker is now turning to big rigs to use the fuel cell hydrogen powertrain with a new prototype unveiled today.

The “Project Portal” hydrogen fuel cell truck unveiled at the Port of Los Angeles uses two of the same fuel cell stacks found in the Mirai plus a 12 kWh battery pack.

They claim that the powertrain can generate “more than 670 horsepower and 1325 pound-feet of torque”, which results in a gross combined weight capacity of 80,000 lbs and an estimated driving range of “more than 200 miles per fill”.

Toyota announced today that they are launching a feasibility study through Toyota Motor North America, Inc. (TMNA) to examine potential usage for this truck concept.

Though hydrogen certainly has more potential with semi-trucks than passenger cars, it’s still not likely to triumph over batteries for powering the next generation of zero-emission transport.

As we have often explained before, the entire end-to-end process from production to consumption is 3x times more energy efficient for battery-powered vehicles than hydrogen fuel cell vehicles.

Yet, Toyota and a few other automakers investing in the technology have managed to retain the attention of regulatory agencies and keep hydrogen as a potential solution for zero-emission transport.

“As they did with the Prius and the Mirai, Toyota is taking a leap into the future of technology. By bringing this heavy duty, zero emission hydrogen fuel cell proof of concept truck to the Port, Toyota has planted a flag that we hope many others will follow. CARB will be following the progress of this feasibility study with interest, as we look to develop the best mix of regulations and incentives to rapidly expand the market for the cleanest, most efficient big trucks to meet the need for dramatic change in the freight sector.”

Toyota has recently shown more interest in battery-powered vehicles, but it seems to not be able of letting go of its hydrogen technology. This truck is the latest example:

The unveiling is coming just days after Tesla CEO Elon Musk announced that his company will unveil its own all-electric truck in September. It’s expected to be an all battery-powered machine and therefore, it will potentially give us a rare opportunity to compare the energy efficiency of those vehicles.