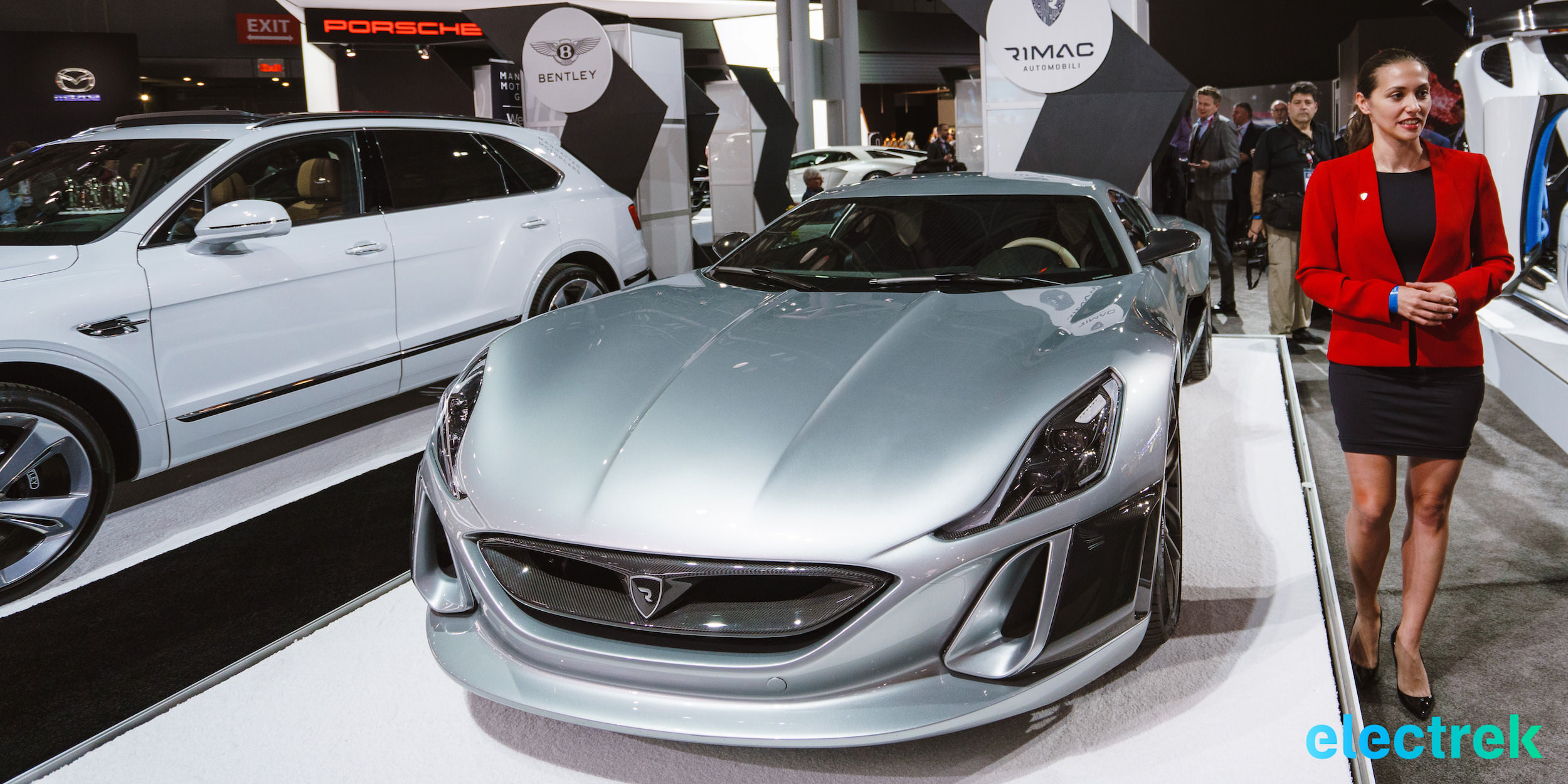 This year one of the sleekest, sexiest cars at the New York International Autoshow has to be the Concept One from Rimac. It is labeled as the first fully electric hypercar and was first introduced in 2011. The final version that you see here made its debut at the 2016 Geneva Motor Show. We had a chance to do quick interview with Monika Mikac, COO of Rimac Automobili, during this year’s show.

About the Concept One

Let’s start with the specs real quick for those of you who are not familiar with the vehicle and its latest iteration.

The Rimac Concept One is an electric hypercar with 1,224 horsepower, 1,200 lb-ft of torque, 0-60 mph in 2.4 seconds, a top speed of 222 mph, a curb weight of 4,080 lb and a range of about 220 miles depending on your driving style. Four liquid-cooled permanent magnet synchronous electric motors drive each of the wheels, and an “All Wheel Torque Vectoring System” with stability function, traction control, and ABS will adjust to driver input and driving conditions. On the dashboard, the driver can change how the power will be applied and switch the power from front-wheel to rear-wheel drive. Drift around the racetrack with rear wheel drive only or have the power equally distributed between all four wheels on a rainy day. The choice is yours.

Unfortunately, Rimac’s Concept One will only be produced in very limited numbers, eight to be precise, and all of them have already been sold. According to Wikipedia four ended up in the U.S., two went to the U.K. and the remaining 2 went to the U.A.E. Sorry for anyone else capable of affording the $1 million price tag…

The future of hypercars

When I asked Monika about the future of hypercars, she said: “I think [the] future, will it be electric or gas-powered? It has already been answered. I’m sure that everything will go into the electric direction. Maybe with hypercars we will first have the step of going to hybrid version, different kind of hybrid versions but then I think the final step for everybody is going [100%] electric”.