Ford announced that it qualified 3 companies making electric powertrains for its chassis through its Electric Qualified Vehicle Modifier (eQVM) program. Its entire lineup of commercial trucks will offer some form of electric powertrains, either hybrid, plug-in hybrid, and even all-electric.

One company was even qualified to make a F-150 pickup truck with a plug-in hybrid powertrain.

Earlier this year, Ford itself announced its intention to make a hybrid F-150, but they were not talking about electric only mileage or a plug – just a regular hybrid powertrain.

But this new eQVM manufacturer, XL Hybrids, would use Ford F-150 chassis to make a plug-in powertrain, which will be a first for Ford’s pickup trucks.

They apparently haven’t yet finalized the powertrain, but they are currently taking about a battery pack with a capacity over 10 kWh, which they expect will result in a short all-electric range, but a 50% overall MPG improvement.

Of course, they are aiming for the fleet market. Clay Siegert, XL Hybrids’ co-founder and chief operating officer, said that they have already secured an order for 110 units from San Diego Gas & Electric Company:

“After securing order commitments from our leading fleet customers, we made the decision to begin production on the popular and versatile Ford F-150. Already, major fleets are placing orders to be among the first to get the PHEV on the road to positively impact their sustainability initiatives while saving on fuel costs.”

They claim to be able to install the powertrain in just a few hours and they offer a  3-years or 75,000 miles warranty. They are currently available for sale through the company or Ford dealerships. There’s no word on pricing since it’s on a per fleet basis. 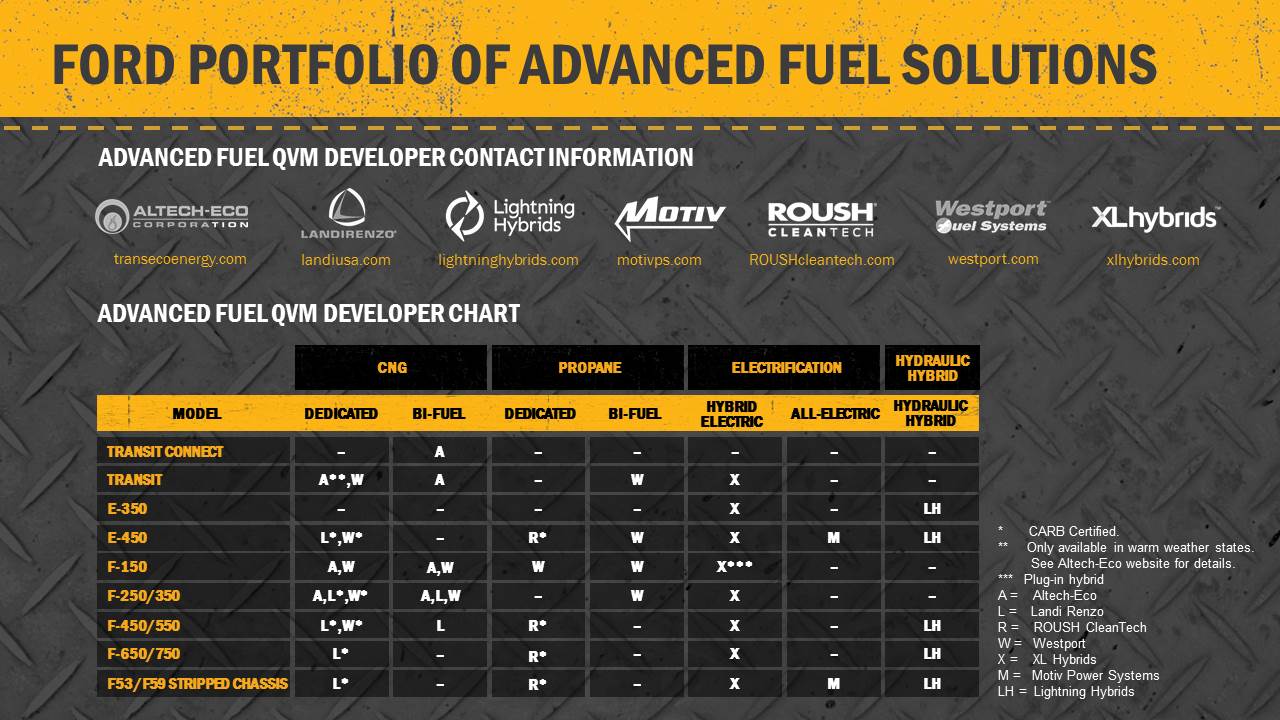 Some of the chassis with the new powertrains were at the Work Truck Show in Indianapolis last week:

Here’s Ford’s press release on the update to the eQVM program: