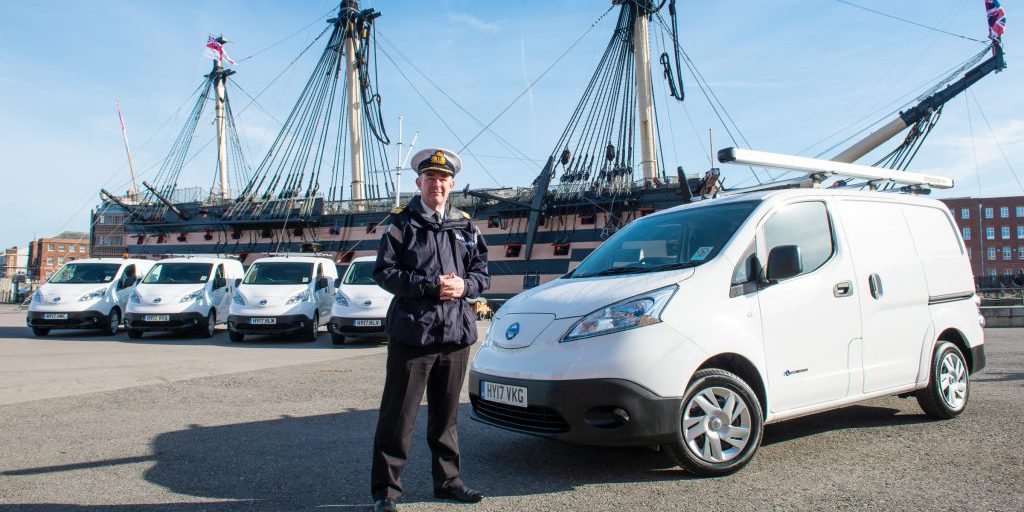 A lot of organizations are currently looking into converting their vehicle fleets to electric in order to reduce their carbon footprint and save on gas and maintenance.

Now even the Royal Navy is on board and took delivery of a fleet of all-electric vans this week.

They are using 48 all-electric Nissan e-NV200 Combis at Portsmouth Naval Base managed by BAE Systems.

26 charging points and 28 designated parking bays for electric vehicles are being installed in order to support the new fleet.

They expect that the addition of the all-electric vehicles will reduce carbon dioxide emissions of the overall Portsmouth Naval Base fleet by around 40 percent.

While Nissan is best known for the LEAF when it comes to electric vehicles, the company has been having some success with the e-NV200 in the commercial space. At €20,995 (~$22,300 USD) and a 24 kWh battery pack for 109 miles of NEDC-rated range, it can make sense for a lot of different commercial applications.

Including on a Navy base apparently.

“Nissan’s electric vehicle technology is cutting-edge, so it’s great synergy to be working closely with world renowned BAE Systems to help save energy and reduce emissions at Portsmouth’s historic naval base. Of course the other real bonus of operating Nissan electric vehicles are the ultra low-running costs, starting from as little as two pence per mile.”

“We have worked closely with Lex Autolease and Nissan to introduce this new fleet that makes a significant reduction to carbon dioxide emissions and respects our customers need for a value for money solution. The reduced emissions and fuel use by replacing nearly half of the fleet with Nissan electric vehicles would have a significant environmental impact on Portsmouth Naval Base. The arrival of such a large number of Nissan electric vehicles to support our activities at the Naval Base reiterates the company’s commitment to creating more energy efficient ways of working and adopting the latest technologies.”