Tesla Model S caught on fire in Shanghai, company is investigating the cause

A Tesla Model S caught on fire at the Jinqiao Supercharger Station in Shanghai, China. While it was at the charging station, the vehicle reportedly wasn’t charging when it caught on fire.

Tesla launched a “full investigation” into the incident.

Electrek reached to Tesla about the fire today and the company could only confirm that no one was harmed and that they are investigating:

“No one was harmed in this incident. We’re undergoing a full investigation and we’ll share our findings as soon as possible.”

At this point, it’s not clear if the fire originated from the vehicle itself or from something inside the cabin, but the main vehicle affected was a Model S P85 and another vehicle at the charging station was also damaged.

A local Tesla owner shared a picture of the aftermath on the Tesla subreddit: 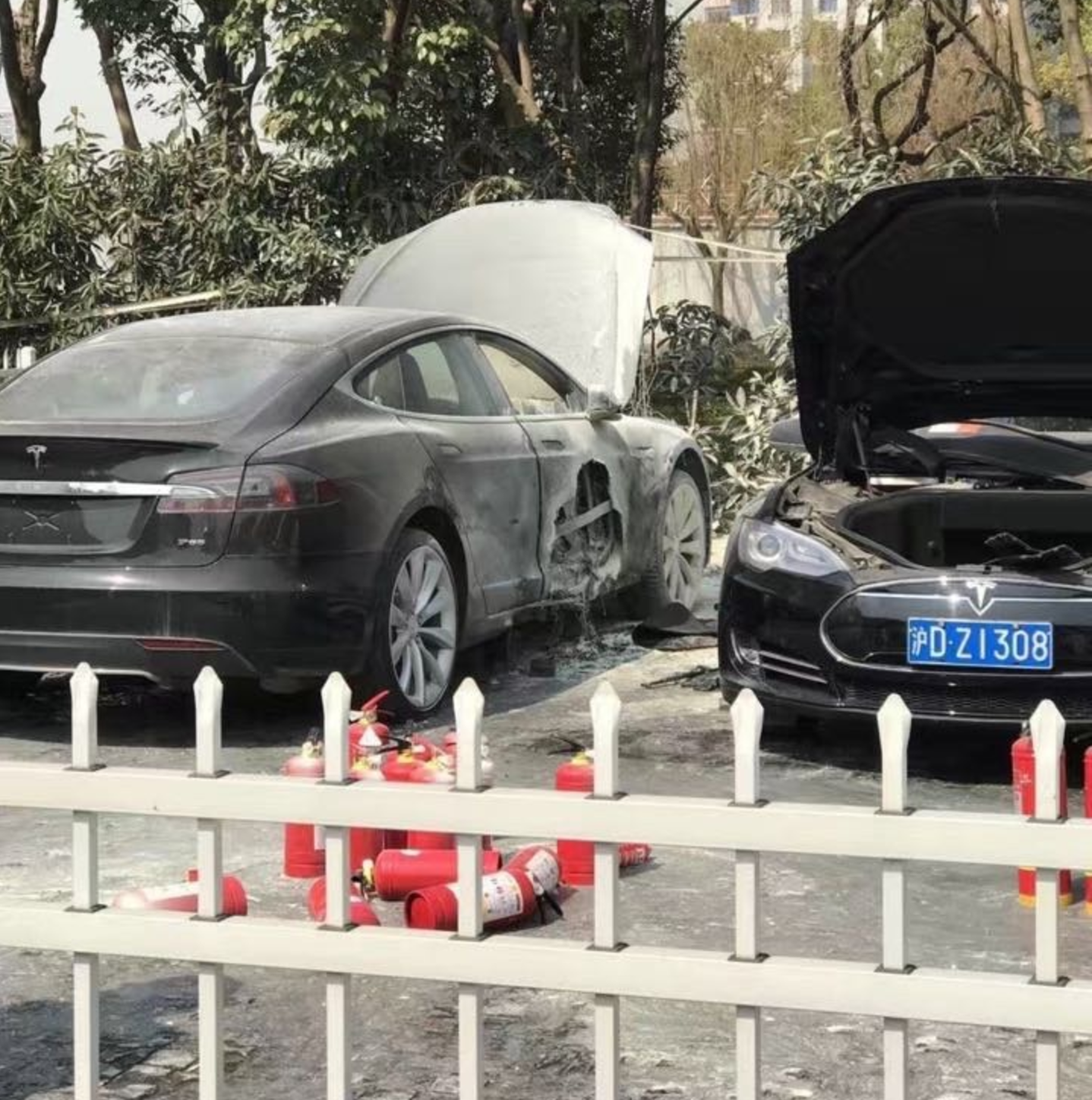 The accident follows several instances of highly publicized fires in Tesla vehicles. A few Tesla Model S caught on fire in 2013, but they happened after high-speed accidents and NHTSA ruled that there was no evidence of vehicle safety defect or noncompliance with federal safety standards.

More recently, another Model S caught on fire in Indianapolis after a high-speed accident that cost the lives of the two occupants.

Out of the close to 200,000 Tesla vehicles on the road today, we are aware of only two instances of Tesla vehicles catching on fire without a crash or external cause.

In January 2016, a Model S in Norway caught on fire while charging at a Supercharger. Tesla determined that the cause was a short-circuit, but it didn’t know why it happened. Nonetheless, the company pushed a software update to its fleet to “provide extra security during charging”

The other instance happened in August 2016 when a Tesla Model S caught on fire during a test drive event in France. The automaker tracked down the issue to an “electrical connection improperly tightened” by a human instead of robots.

We will report back on this new accident in Shanghai as soon as we have more information.