There’s an exciting race to build high-power fast-charging stations for electric vehicles going on right now. Companies like Tesla, EVgo, Chargepoint, ABB, and many more are preparing for the next wave of EVs, which are expected to be able to charge at a much higher rate.

It looks like EVgo and ABB are now taking a small lead in this race. They announced today that they are installing the “first High-Power fast charging station” (150-350 kW) and they are doing it right in Tesla’s backyard; Fremont, California.

The station is not open to the public, which is not exactly a problem since we are not aware today of any electric car capable of receiving a charge rate of 150 kW, but it will instead be made available to automakers for “testing of EV research platforms”.

“The installed system has the potential to reach charging speeds of up to 350kW with an upgrade. As automakers align on future hardware and service standards, the station will enable industry coordination and testing. EVgo is using the station to study utility impacts, installation standards, permitting, and building and safety requirements. It will also provide a demonstration platform for electrical certification committees and building code officials. “

The company reportedly chose to install the charger at its Lucky Supermarket station on Mowry Avenue in Fremont because “the area currently has the highest traffic in the EVgo network”.

It’s currently only supporting 150 kW, which already makes it the most high-powered station in the US – beating Tesla Supercharger’s 145 kW, but the company claims it can be upgraded to 350 kW. It’s equipped with a CCS connection. Here’s the prototype: 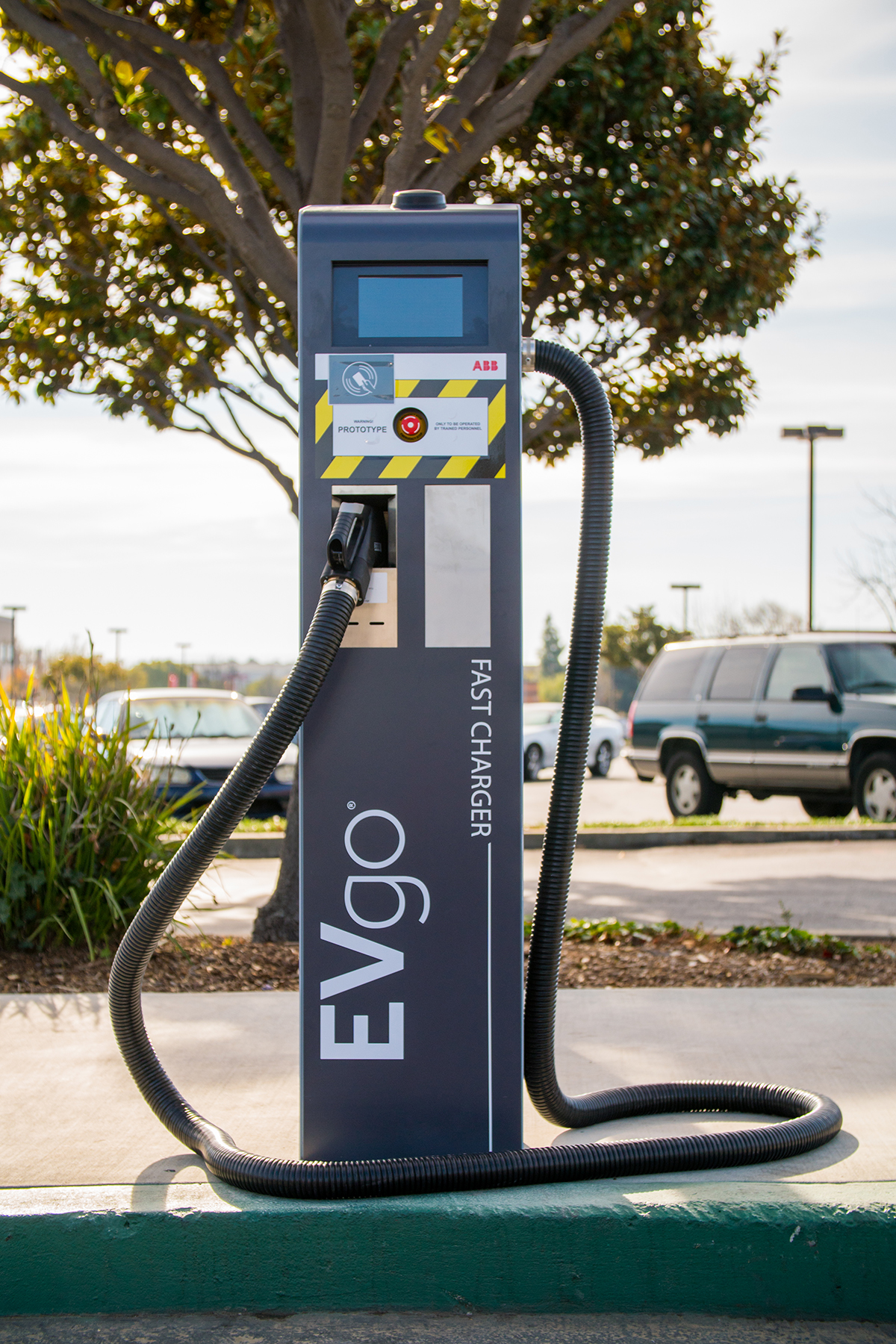 The company also plans to install the first public station with the technology in Baker, California, as it already announced last year.

The competition is really starting to be interesting in this space since the unveiling of ChargePoint’s 400 kW charging technology. The company is one of EVgo’s biggest competitors and they are expected to track the deployment of those stations closely to EVgo’s own system announced today.

Additionally, 5 major automakers announced that they joined forces to deploy 400 ultra-fast (350 kW) charging stations for electric vehicles in Europe. Those stations should start being installed in the coming months.

And finally, Tesla is also expected to soon release the “version 3” of its Superchargers. Elon Musk hinted that it will put 350 kW to shame, but there’s no clear timeline at this point for the release of the technology – though speculation points toward the charge rate only working with Tesla’s new battery technology, which will first be released in the Model 3.

Here are more pictures of the new “high-power” station: