The charging etiquette is something electric vehicle owners must get used to – though most of it is common sense and fairly straightforward. Tesla has recently implemented changes to its Supercharger network, like idle fees, in order to incentivize owners to follow good charging etiquette.

There’s one thing though that EV owners have little power over and that’s gas-powered cars parking at charging stations. It’s certainly a recurring problem at Tesla Superchargers and it degenerated quite badly at a station in France this week.

Yesterday, the Tesla Supercharger in Rungis, a suburb of Paris, was temporarily shut down by Novotel, a hotel and owner of the property where the Supercharger is installed.

When a Tesla owner arrived at the location yesterday, he found a note signed by the hotel’s management claiming that they decided to close the station because of “vandalism” on non-Tesla cars. Here’s our translation of the note:

“Due to intolerable vandalism on the non-Tesla vehicles our clients momentarily parked in the spots dedicated non-exclusively to Tesla vehicles, the chargers are off until further notice.

Reminder: the parking spots are exclusively owned by Novotel and made available to Tesla. If such incivilities would occur again, we would be obligated to uninstall this charging station.” 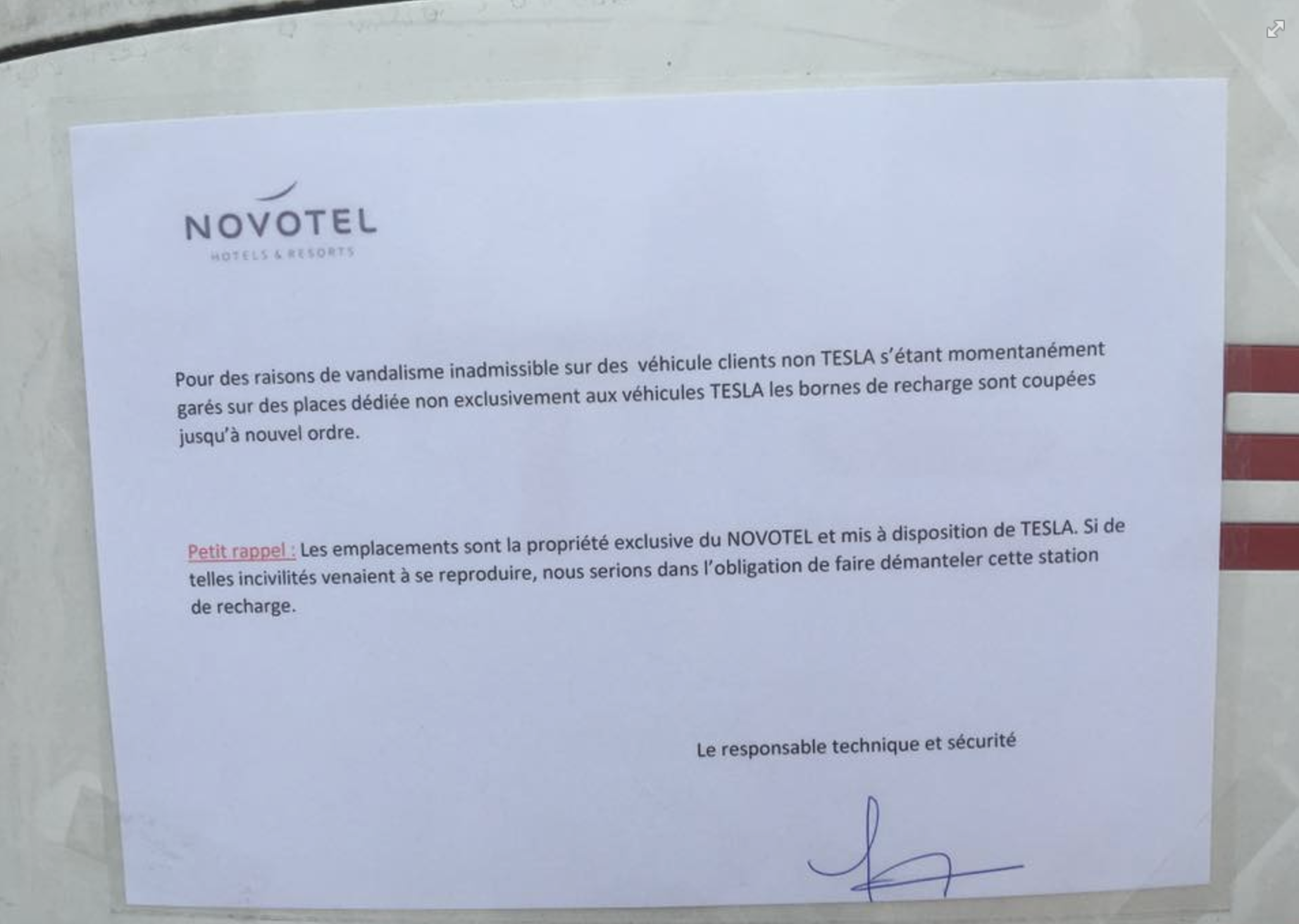 Another local Tesla owner told Electrek that the staff said the vehicle “vandalized”, or at least one of the vehicles, was owned by an employee of the hotel and that the “act of vandalism” was that someone poured oil on the car.

Novotel or its parent company Accor didn’t respond to our requests for comment.

The Supercharger was reportedly brought back online an hour later and no owner was affected, but it nonetheless highlights the frustration electric vehicle owners have with what is now known as being “ICEd” – in reference to an internal combustion engine vehicle (ICE) taking a spot reserved for an EV.

Of course, vandalizing is not the best solution, but Novotel’s reaction wasn’t much better either.

Assuming it was the act of a frustrated Tesla owner, it’s an overreaction to penalize all Tesla owners who need the station for the reproachable action of a single person.

Furthermore, it’s not clear that the property owner actually has the right to shut down a Supercharger station without Tesla’s consent, which could explain why it was so quickly brought back online. 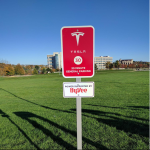 There are certainly opportunities to make the purpose of the Tesla Supercharger parking spot and who is allowed to park there clearer to local drivers (feel free to share your suggestions in the comment section below), but of course, vandalizing the vehicle is not a proper solution.