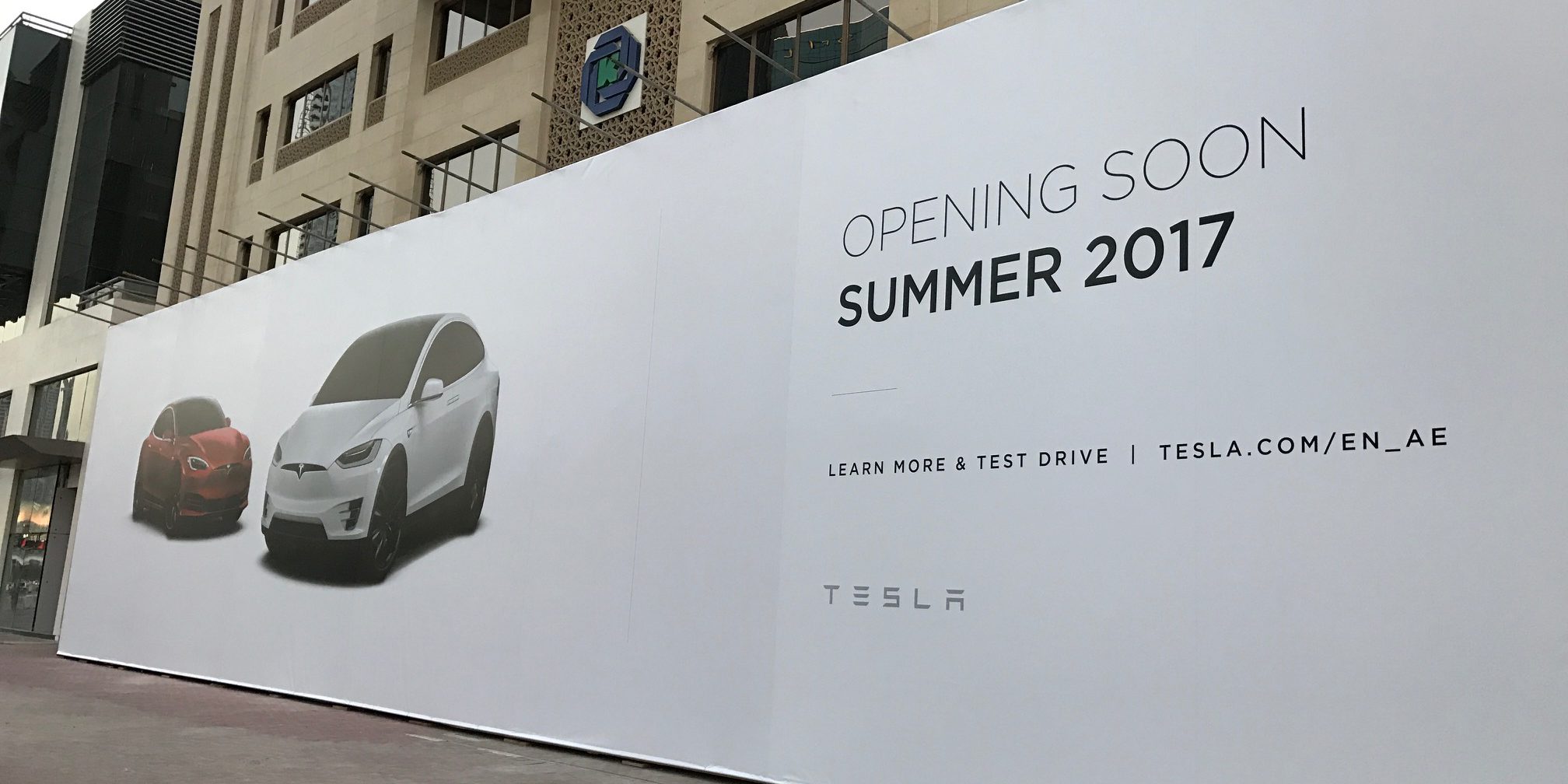 As we reported earlier this month, Tesla’s official launch in the United Arab Emirates is coinciding with CEO Elon Musk attending the World Government Summit in Dubai.

We now learn the location of Tesla’s first store in UAE – pictured above – and that the company is already deploying charging infrastructure – both Superchargers and Destination chargers – in the region.

The company’s first store is located on Shiekh Zayed Road, which is one of the busiest roads in Dubai.

A Porsche dealership was previously located in the same building.

Soon-to-be local Tesla owner @belquhood on Twitter sent us a few pictures of the new location where Tesla already installed a banner announcing the store for ‘Summer 2017’:

Since Tesla is holding a launch event tomorrow in Dubai while the store is not coming for another few months, we expect that Tesla will start taking official orders for the Model S and X for deliveries later this year.

The local owners who went into the trouble of importing Tesla vehicles themselves will not have to wait that long for Tesla’s launch to already be beneficial for them since the company is already installing chargers in the region.

The location is not yet listed in Tesla’s Supercharger network, but it is apparently already being tested and should become the first official Tesla Supercharger in the Middle East.

We should know more about Tesla’s plan for the United Arab Emirate tomorrow after the launch event and Elon Musk’s presentation at the World Government Summit in Dubai.