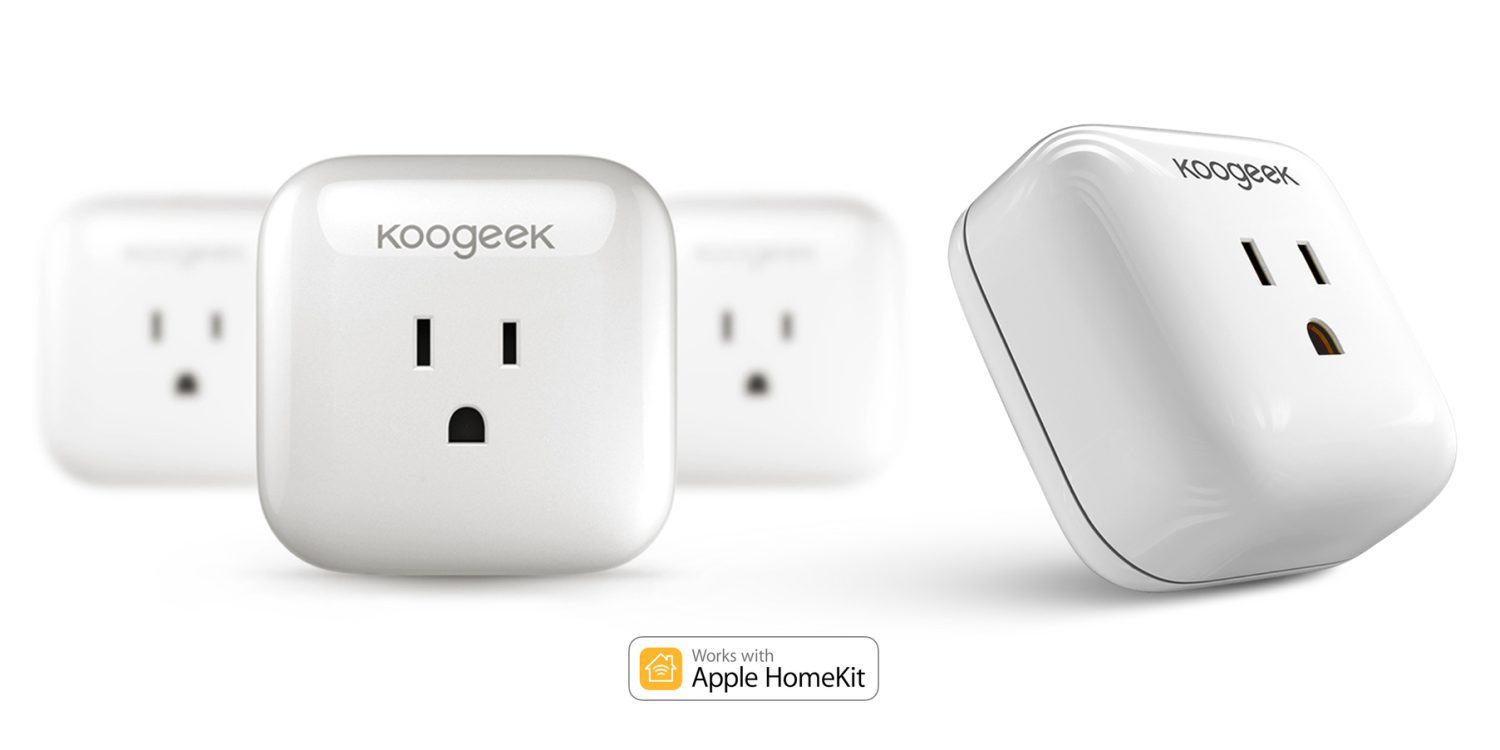 Beeebo-US (98% positive feedback all-time) via Amazon offers the Koogeek Wi-Fi Smart Plug with HomeKit compatibility for $27.99 Prime shipped after promo code IXPXWC3W is applied during checkout. That’s a $7 savings off the regular going rate and a match for the best that we’ve seen.

The Koogeek Smart Plug adds HomeKit and Siri control to your home in a small, unobtrusive package. Features include the ability to monitor energy usage, schedule on/off times and control your outlet with your voice. We reviewed Koogeek’s outlet and found it to be an “excellent way to jump into Siri home automation.” Rated 3.8/5 stars by 205 Amazon customers.

Works with Apple HomeKit. It enables you to control, monitor and schedule connected devices anywhere, using Siri voice commands, schedules and timers, or Koogeek Home app. It automatically shuts off power after the time interval you select, helping you to use energy more wisely. Set it to Away Mode, the smart plug will turn anything plugged in off and on automatically like air conditioners, lights, lamps, fans, portable heaters, coffee makers, home audio systems, and other electronic devices. Set worry-free schedules to match the rhythms of your home.

Save up to $150 off no-contract iPhones at Boost Mobile: grab an iPhone 7 for just $450 shipped, more

Valentine’s Day Deal Roundup: Up to 56% off flower arrangements and more

Huge savings on the Samsung Gear S2 Classic Smartwatch, get it for $96 shipped (Reg. $200+) from T-Mobile

Fossil is discounting its stylish Q Smartwatches for iOS/Android by 25% (or more!), prices start at $131 shipped

Start the day on the right side of the bed with a Philips Wake-Up Light for $50 shipped (Reg. 70)

The Orb outfits your home with Danish-designed, intelligent lighting