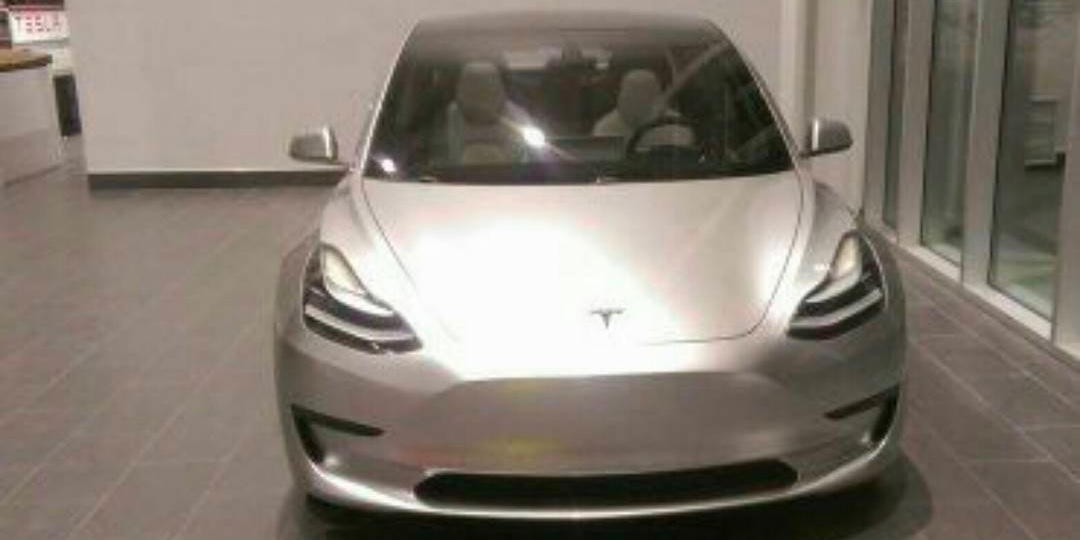 There have been a lot of unsubstantiated rumors about sightings of new Tesla Model 3 prototypes going around lately, but confirmed sightings are still very rare and only of the few prototypes displayed at the original unveiling of the upcoming all-electric sedan.

One of them had an outing at the Gigafactory investor event last week.

Last year, we reported that Tesla has been ordering enough parts from suppliers to build up to 300 prototypes and the company said that production line layout is completed and that they are now testing subsystems for the vehicle. Of course, some of the parts will be used for process validation outside of prototypes and for other processes, but it’s still interesting that no other working prototypes have emerged.

Some speculate that Tesla could be testing the Model 3 platform with modified Model S bodies, which could be why we don’t see any being tested in the wild, but that’s so far unconfirmed.

The last Model 3 prototype sighting was of the grey prototype with the new steering wheel at Tesla Party in San Jose back in November.

It looks it’s the same prototype that Tesla displayed at the Gigafactory last week for the investor event during which the company confirmed the start of battery cell production.

Here are a few pictures via Instagram: Knobi46 and decampkev: 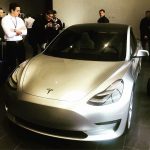 We also got a rare angle of the windshield and the back of the center display.

Here a look via Tesla Model 3 group‎ on Facebook:

When Tesla first showed the prototype of the Model X, the center display was also mounted in front of the dash and not integrated in it, but that changed in the beta and production versions of the vehicle.

The Model 3’s interior seen in the prototype is not the final interior that will be in the production version. It should be unveiled at the ‘Tesla Model 3 unveil Part 3’ in the coming months.

The last time that Tesla displayed a Model 3 at the factory it was the red plastic model without a powertrain or interior for the media tour of the plant in July.

It was so hot that the side-view mirrors started to melt.

Tesla aims to bring the $35,000 all-electric sedan to market during the second half of the year and to start delivering some of them to the over 400,000 people who placed pre-orders for the vehicle.