A week after Tesla and Panasonic announced the start of mass production of their ‘2170’ battery cell, which they claim will have the highest energy density and be the cheapest mass-produced cell available, Samsung SDI unveiled its own battery cell with the same format at the North American International Auto Show (NAIAS) 2017 and also a new prismatic cell.

The Korean electronic giant didn’t reveal a lot of information about the two new products – especially not the chemistry of the cells beyond lithium-ion. Apparently, the new prismatic cell (pictured above) is the one enabling “up to 600 km (370 miles) and that can fast charge EVs in 20 minutes”.

Samsung SDI introduced in its customer exhibition a “high-energy density battery cell of the next generation for a driving range of up to 600km that can fast charge EVs in 20 minutes” as well as an “integrated battery module” concept with a 10% decrease in component units and weight compared to the currently produced models.

The new “integrated battery module” concept is using the same ‘2170’ format as Tesla and Panasonic’s new cell, but the company is referring to it by the more traditional ‘21700’:

The “21700” cylindrical battery cell model with the improved energy density, power and performance was also exhibited by Samsung SDI. This is the technology which is attracting more focus as U.S. automobile startups are adopting this technology in their EVs.

When they say that the format is popular with “U.S. automobile startup”, they are referring to Lucid Motors and Faraday Future. 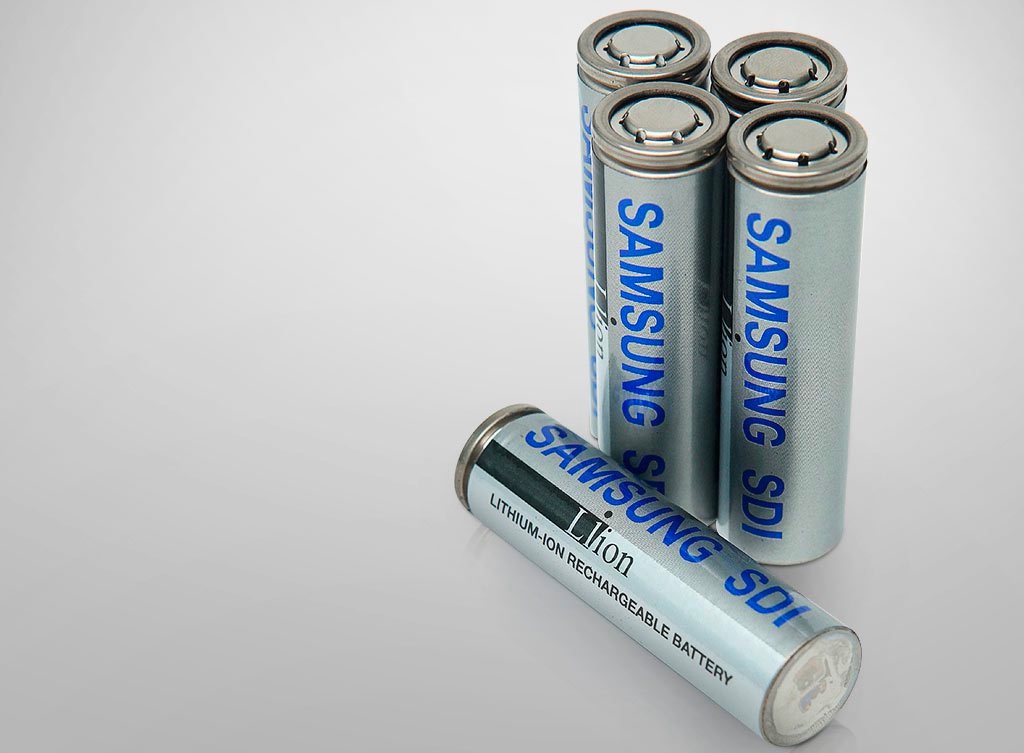 Samsung SDI says that they can fit twice as many 21700 cells in the new battery module:

It would be new for Samsung to use those cylindrical cells for automotive applications since the company primarily used pouch and prismatic cells for their vehicle programs with automakers.

Automakers will be able to fit enough of the new prismatic cells unveiled today in a regular size EV battery pack to enable up to 370 miles of range and the cells will handle a high charge rate that should result in a 80% charge in ~20 minutes:

With a 20min charge, you can have a driving range of up to 500km which is 80% of the capacity. This means that only 20min in the highway rest area will be enough for a battery to be charged, eliminating the range anxiety of EV drivers.

That’s a more than decent incremental improvement from what is available today, but what is disappointing is the timeline to production.

Samsung confirmed today that “the mass production of this product is slated for 2021.”

As we recently reported, Tesla’s own 2170 battery cells that went into production last week are expected to enable similar specs in their EVs, but until that is confirmed, it looks like Samsung is still in the race.