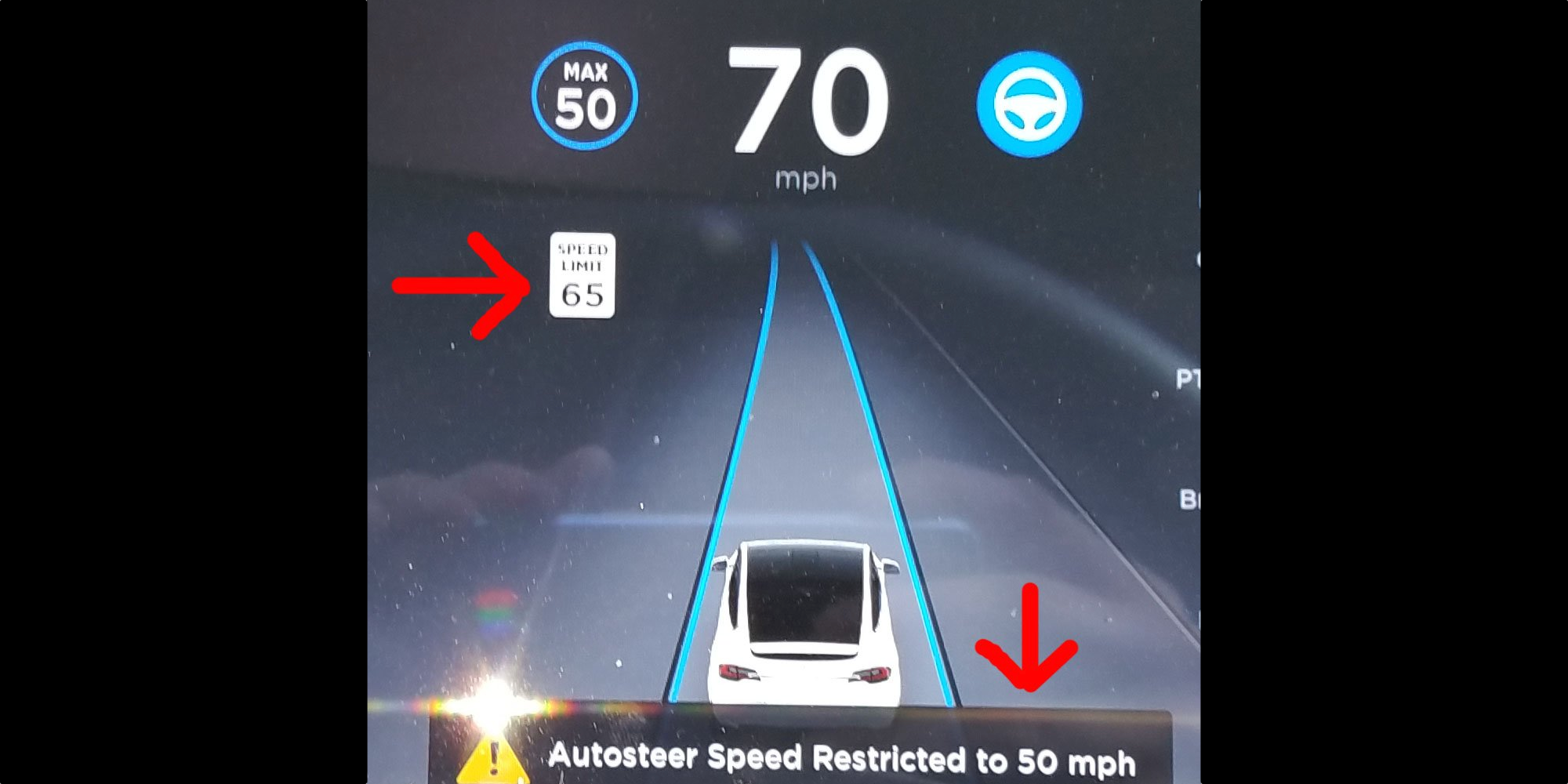 Yesterday, we reported on Tesla introducing a new Autopilot restriction that forces the Traffic-Aware Cruise Control to be set at the speed limit on undivided roads when using Autosteer instead of allowing to go 5 mph over the speed limit. There’s actually more to the update than simply following the speed limit.

According to a source familiar with the update, the system is also taking into account the vehicle’s surroundings to tell the driver when you should slow down and/or take over control from Autosteer based on your driving environment. In other words, it’s another way to get drivers to hold the wheel aside from the direct ‘Hold the Steering Wheel’ alert that the Autopilot is sending or to take control since you can drive at any speed you want when taking over from Autopilot.

Tesla owners experiencing the update for the first time were surprised to find that the Autopilot was sometimes prompting them to slow down not only to the speed limit but even significantly below the speed limit.

Naturally, people (myself included) assumed that it was a bug. Here’s an example that happened to Jason Hughes – but other owners have reported similar situations:

Enough is enough. @TeslaMotors, I demand that you remove these broken and ridiculous restrictions that unsafely limit speed erroneously. Now pic.twitter.com/9jVXq6v9fV

It’s actually not a bug but a feature. A source familiar with the update explained to Electrek that it’s a new safety control to reduce the risk of accidents on Autopilot and encourage drivers to take controls in driving environments where the Autopilot is not the most useful – like undivided roads.

It’s important to note that the Autopilot was first introduced for highway driving, but Tesla allowed drivers to activate it on almost all road types at launch. Tesla quickly started to push new Autopilot restrictions after Tesla CEO Elon Musk warned of upcoming constraints to limit some potentially dangerous use of the Autopilot as seen in videos posted online.

Tesla has since been trying to walk the line between safety restrictions to encourage a proper use of the Autopilot and leaving functionalities to those who can use them properly, but it looks like a classic case of a few bad apples ruining it for the rest of the drivers.

Coming back to the latest update, the Autopilot will not only restrict the speed to the speed limit, but it could also reduce it further until the driver takes control if for example, it detects heavy traffic in an adjacent lane. The system can see that as an increased risk and while it is still able to steer automatically safely, it would be safer to slow down or have the driver take over.

Other driving conditions can include having a lead vehicle or not. Of course, it’s better for the Autopilot to have a lead vehicle:

@pcwizardllc Will be restored soon where there is a lead vehicle, ie you are being overtaken a lot due to true traffic speed being higher than the sign

What do you think of these changes? Let us know in the comment section below.