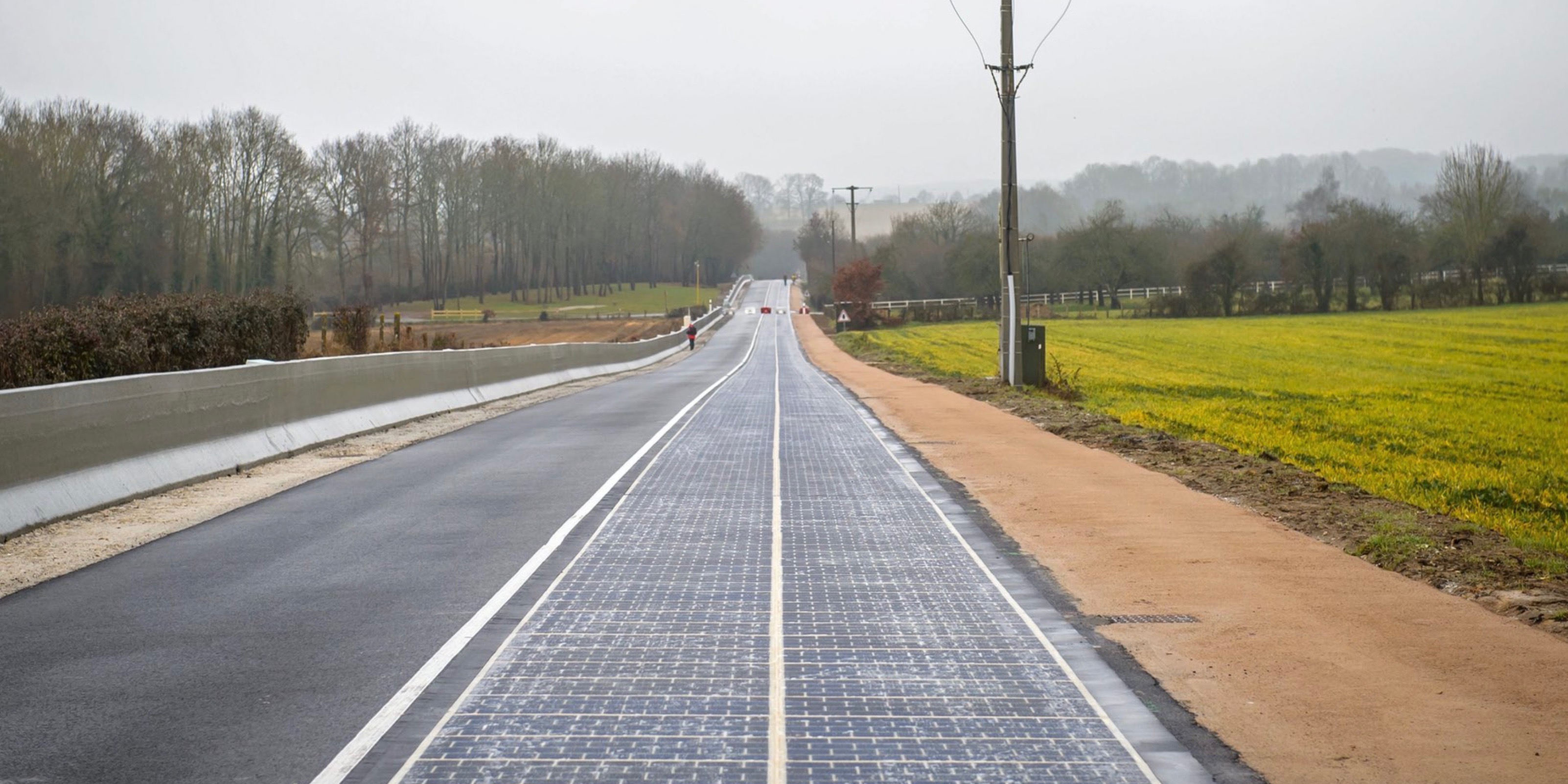 The €5 million ($5.2 million) publicly funded project was completed by the construction firm Colas Group, and is expected to see about 2,000 drivers each day. The solar installation is a short-term commitment as the first two years are being considered a test. The results of how well the panels power the village’s street lighting will determine the road’s future viability.

Ecology Minister “Royal has said she would like to see solar panels installed on one in every 1,000km of French highway – France has a total of a million km of roads.”

However, critics have concerns about cost-effectiveness and whether solar roadways are the best approach to using renewable energy.

Marc Jedliczka, vice-president of Network for Energetic Transition (CLER) told Le Monde: “It’s without doubt a technical advance, but in order to develop renewables there are other priorities than a gadget of which we are more certain that it’s very expensive than the fact it works.”

Energy union SER president Jean-Loius Bal shared a similar sentiment to Jedliczka, “We have to look at the cost, the production [of electricity] and its lifespan. For now I don’t have the answers.”

To prove it’s legetimacy, Tourouvre-au-Perche’s solar roadway will need to be more effective than the first solar cycling path in the Netherlands, which has produced 3,00kWh of energy, but the cost of construction was equal to 520,000kWh worth of power. Another challenge for solar roadways is that they are less effective being on mostly flat surfaces compared to panels in angled installations like roofs. Even so, Colas Group seems optimistic about the future of solar roadways along with Minister Royal and there does indeed seems to be decent demand for implementing and testing these types of projects.

The company says it hopes to reduce the costs of producing the solar panels and has about 100 other projects for solar-paneled roads – half in France and half abroad.

Solar panel roads aren’t just a French affair. Solar Roadways out of Idaho are building a hexagonal-tiled roadway that not only generates electricity but also warms up roads, making plowing obsolete.