At Electrek, we like to cover the transition to electric transport, but also the people who are making it happen. That’s why we often report on employee movements between companies like Apple, Faraday Future, GM, NextEV and of course, Tesla.

But sometimes, we don’t have a lot of information about the new hires and even though they have interesting talents to cover, we don’t release full featured articles about them, like our recent report on Tesla’s new radar expert. So we thought of doing this short “Tesla comings and goings” about recent hires and departures at Tesla.

During the Dragon V2 unveiling, Tesla and SpaceX CEO Elon Musk said that he hires a lot of game programmers at SpaceX:

“We actually hire a lot of our best software engineers out of the gaming industry. In gaming there’s a lot of smart engineering talent doing really complex things. [Compared to] a lot of the algorithms involved in massive multiplayer online games…a docking sequence [between spacecraft] is actually relatively straightforward. So I’d encourage people in the gaming industry to think about creating the next generation of spacecraft and rockets.”

Apparently, the same principles apply at the CEO’s other company, Tesla, where the company recently hired several software engineers for the Autopilot programs. Last month, Christophe Thibault, a technical lead at Blizzard who worked on systems for such games as World of Warcraft and Overwatch, joined Tesla’s Autopilot team according to his LinkedIn profile.

Prior to working for Riot, Jung was working on the game engine developer Crytek. He now helps Tesla’s Autopilot team develop simulations as a Senior Staff Software Engineer, according to his LinkedIn profile.

Last month, Tesla hired a new Senior Machine Learning Engineer, Zhenhua Yu, for the Autopilot team. Yu is from Shanghai, where he earned an M.S. in electrical engineering and later immigrated to the US to earn a PhD at Georgia Institute of Technology with a focus on deep learning and visible light communications.

Tesla recently hired a new Senior Mechanical Design Engineer with an interesting background. In October, Tesla hired Moshe J. Baum, an engineer with a lot of experience designing “armored vehicle systems and mechanisms.” Baum spent 6 years developing systems for the Israel Defense Forces where he worked on armored vehicles like the Merkava and Namer:

He described his role for the Israel Defense Forces on his LinkedIn profile.

“Design, development and integration, from initial concepts through detailed design, fabrication, field testing, iterations (and improvisations) and transition to mass production of multiple diverse systems and mechanisms for armored vehicles, including both interior (crew compartment systems and crashworthy seats to withstand over 100 g-force peak impact) and exterior systems (vehicle body and armor modules and mechanisms).”

More recently, he has designed systems for shock absorption and ergonomy in chairs and seats, which could be a hint as to what he will be working on at Tesla.

Last month, automation expert Duc Tran joined Tesla from Cornerstone Automation Systems as a Senior Automation Engineer. Tran is basically a robot programmer with certifications to program Yaskawa and Fanuc robots, the latter of which are used by Tesla both at the Fremont factory and at the Gigafactory in Nevada.

He has developed several systems to automate packaging and palletizing. Here he is programming a palletizing robot: 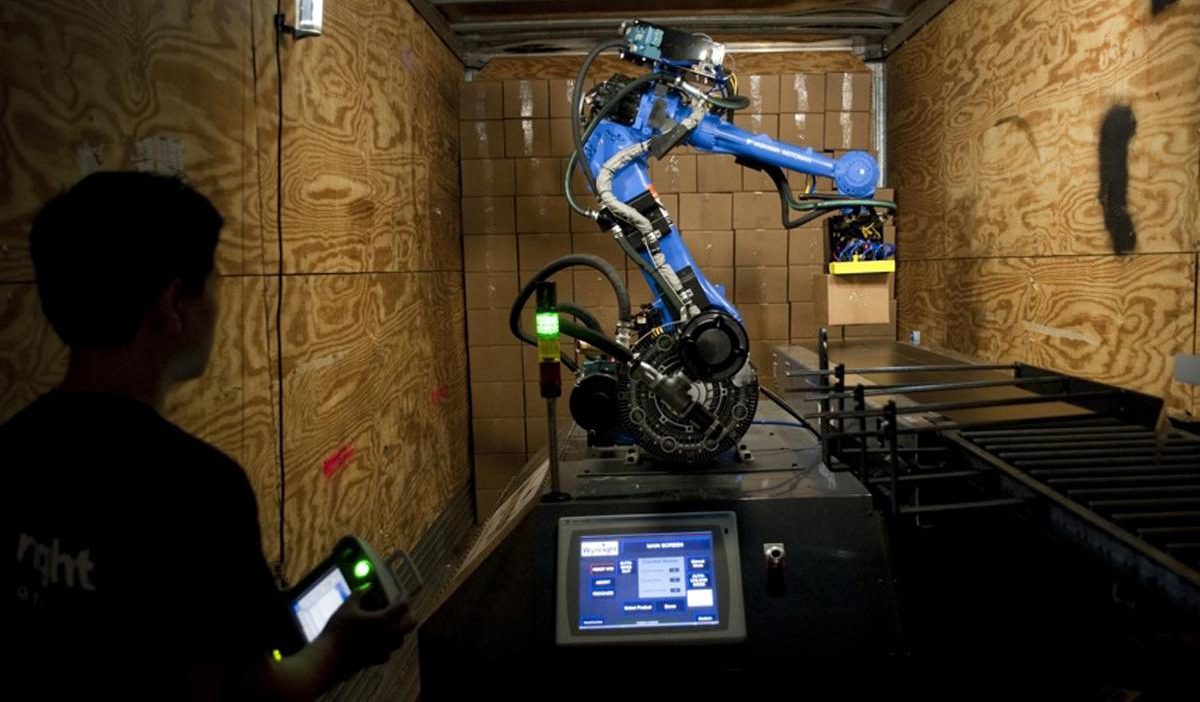 While Tesla recently managed to hire Delphi’s Advanced Radar Systems group to improve on its own radar technology, the company lost one of its lead radar engineers, JinHyoung Oh, earlier this year.

Oh had been working on the radar integration on the Model S and X since 2014 before leaving last April. In June, he started working on radar systems for Ford at the automaker’s Research and Innovation Center in Palo Alto. The Michigan-based automaker recently heavily invested in Palo Alto to attract local talent in order to develop self-driving vehicles by 2021.

Tesla Model 3: rare sightings of prototypes that you might have missed

Engineering Lead on the Model 3 Program

Earlier this summer, Tesla lost another engineering expert to another competing automaker. Klaus Hofmockel, Senior Engineering Manager at Tesla, was developing low voltage vehicle electronics and infrastructure to “enable Level 5 autonomy for Model 3” until he left in July 2016 to join Audi.

He joined Audi just as CEO Rupert Stadler announced that the German automaker was starting a new subsidiary to develop self-driving car technology.