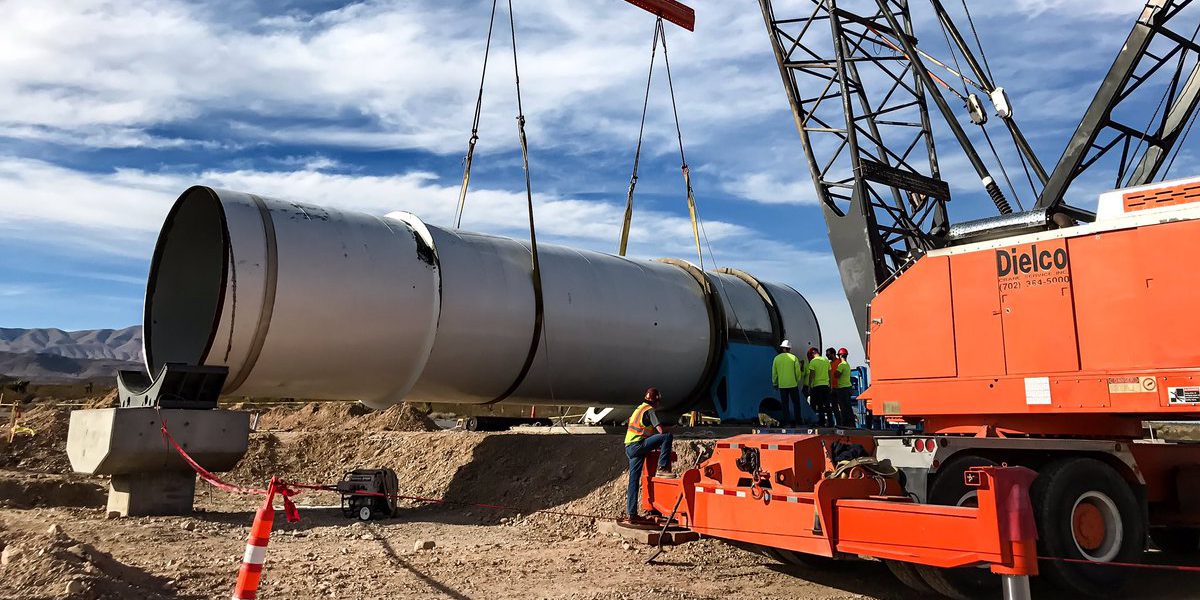 In another “it’s really happening” moment with the hyperloop following the announcement of a new system in development in Dubai, Hyperloop One announced today that it installed the very first tube of its “DevLoop” in North Las Vegas.

In order to truly understand the significance of this event, you need to consider that if they complete this ‘DevLoop’, which looks on its way to become the first full-scale hyperloop system, they will have technically created a new mode of transportation.

That’s a fairly rare event throughout human history. Whether it ever become a commercially viable mode of transport is another issue, which is being investigated for deployment between Dubai and Abu Dhabi, but even if it’s just the development system that ends up being functional – I would argue that it’s still a significant accomplishment.

The company released a few pictures of the installation completed today:

The 3 km full-scale and full speed enclosed prototype is taking shape in the desert in North Las Vegas in Nevada. The tube will contain a low-pressure environment to achieve speeds of up to 700 mph with pods full of people or cargo.

We are talking about the first “tube” being installed , but the company has also already been installing quite a few pylons to support the tubes.

The company has been calling the project ‘DevLoop’, which is short for “development hyperloop”. Hyperloop One will test both its track and pod systems in the ‘DevLoop’ in order to safely achieve speeds of up to 700 mph – an achievement the company has been referring to as their “Kitty Hawk moment” in reference to a town in North Carolina where the Wright brothers made the first controlled powered airplane flights.

Hyperloop One confirmed having raised a total of $160 million to date in order to make DevLoop a reality and get to their “Kitty Hawk moment”, which could happen in early 2017 if everything keeps going smoothly in North Las Vegas.