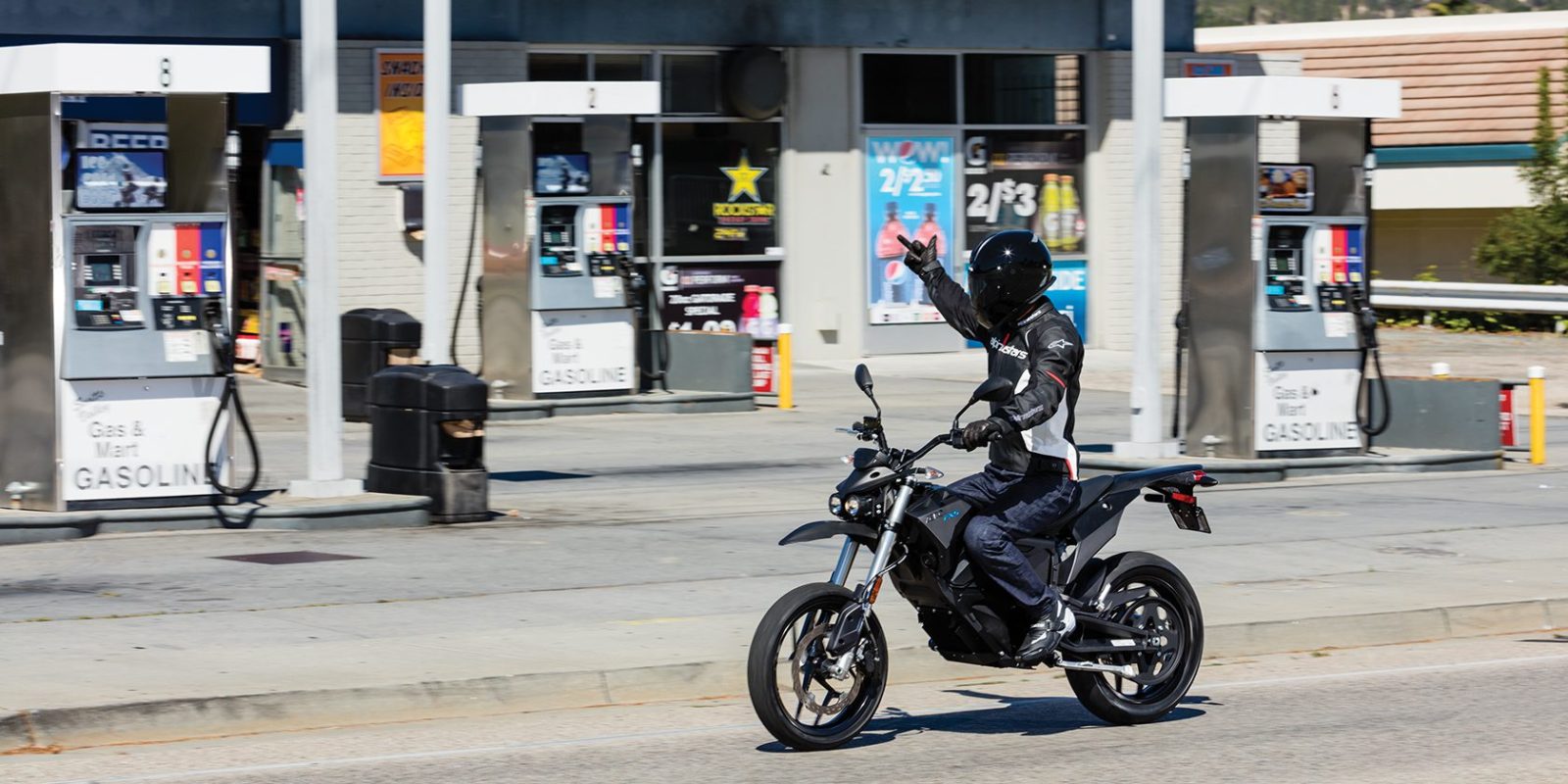 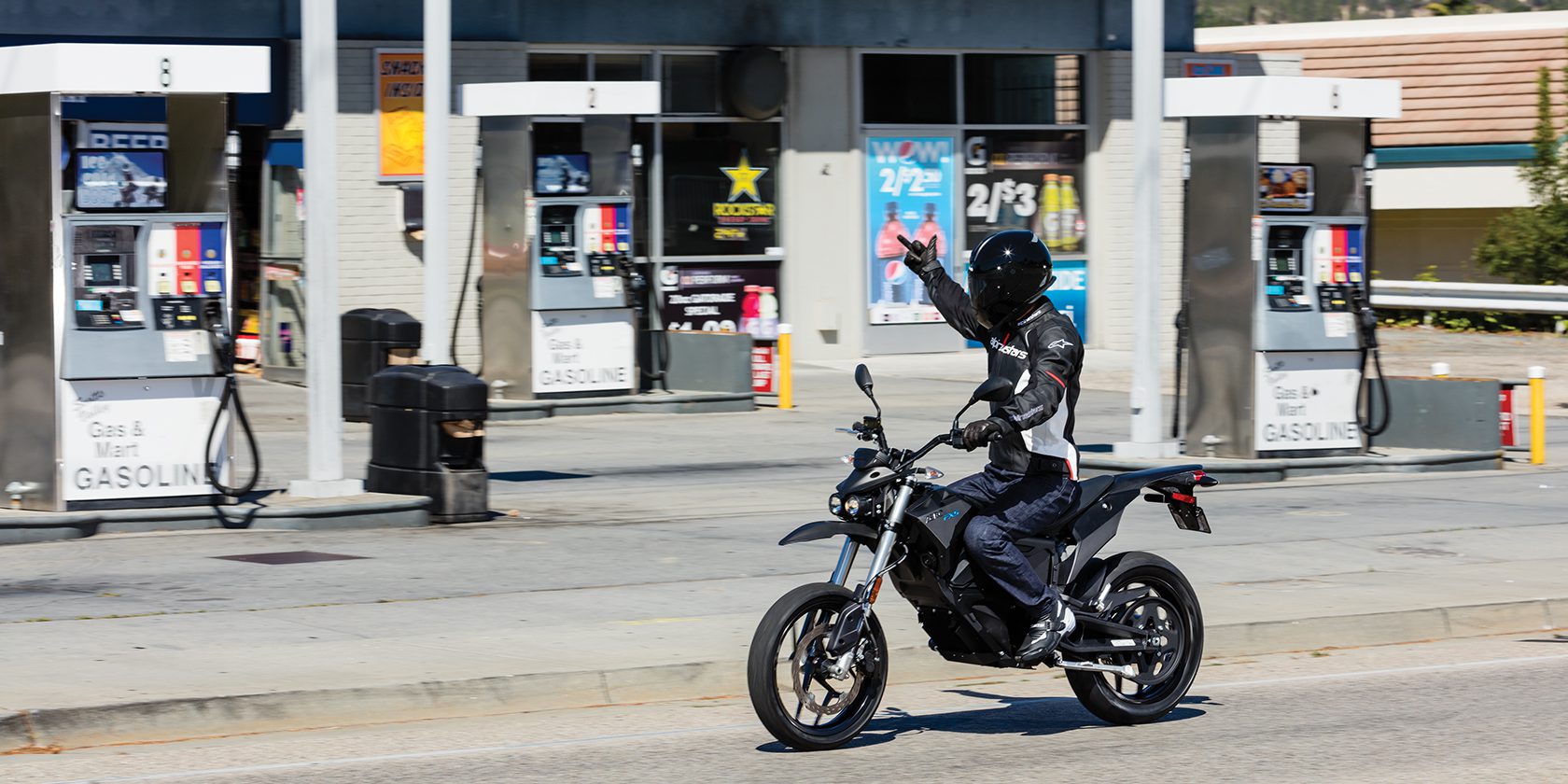 In term of size and market share, Zero Motorcycles is the clear leader in the electric motorcycle segment. And that’s mainly because the company has been consistent over the past few years in releasing significantly improved model lineups with better battery pack technology and more power. They haven’t been known to sit on a successful model, but they improve on them quite frequently instead.

We have seen it with the 2016 lineup last year and today, the company did it again with its new 2017 lineup. With now over 200 miles of range on a single charge for some of its models, Zero is making it a lot easier to choose an electric powertrain over a gas-powered motorcycle and to say goodbye to gasoline – that’s a real press photo from Zero above by the way.

The 2017 lineup now has a price range of $8,495 to $15,995 before incentives and it features an updated version of Zero’s proprietary Z-Force powertrain with an “interior permanent magnet (IPM) motors with increased temperature thresholds and higher amperage motor controllers.”

Abe Askenazi, Zero Motorcycles CTO, commented on the improvements in the new 2017 lineup:

“Zero’s 2017 lineup offers riders more power, versatility and options than ever before. For those interested in the most fun way of efficiently traversing their urban environment, we’ve released the new, lighter, Zero S and Zero DS ZF6.5 models. On the other end of the spectrum, our top of the line Zero SR and Zero DSR now deliver even more thrills with higher levels of asphalt-shredding torque, while still offering penny-per-mile fuel efficiency and no routine powertrain maintenance.”

Indeed, Zero now offers a lot of options. They have three main motorcycles models: S, D and ZF, and they each have their own performance version. They can also all be equipped with the “Power Pack” to get more range out of the bike – now up to 200 miles, as previously mentioned.

The company explains that the Zero S and Zero SR ZF 13.0 are the best models for range:

For those seeking longer range, the Zero S and Zero SR ZF 13.0 models equipped with the optional Power Tank accessory now exceed 100 miles on the highway and 200 miles in the city (based on standardized SAE J2982 riding range testing), the longest range of any production electric motorcycle.

Like with Tesla’s vehicles, the numbers represent the energy capacity in kWh – e.g. ZF 13.0 means the bike has a 13 kWh battery pack.

Zero also made some improvements with its 2017 lineup that are applicable to all models. The company introduced a new “high-quality paint application process replaces the previous molded-in color body panels, which underwent extensive scratch and fade resistance testing to ensure exceptional durability” and it also updated its mobile app, which now enables OTA updates of the bile’s software.

Zero Motorcycles 2017 models will be delivered at dealerships by the end of the month according to the company.